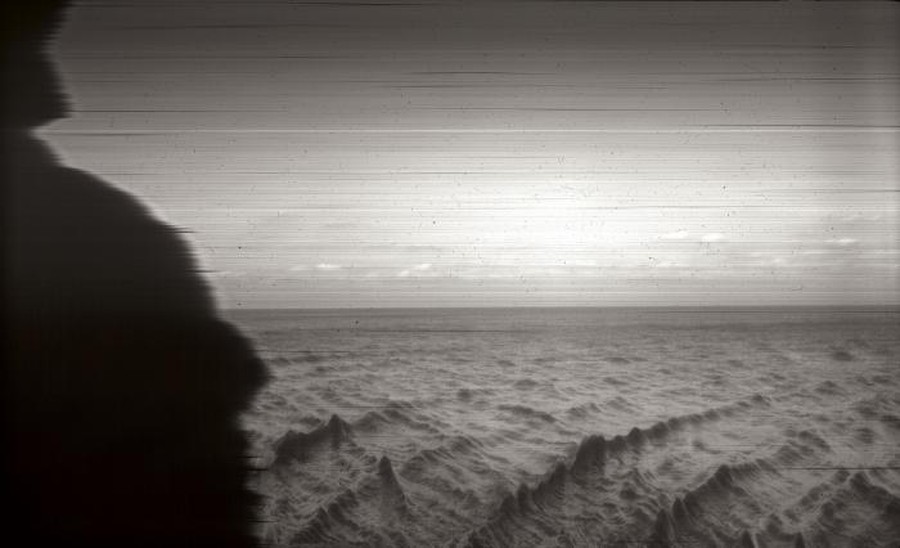 In photography, the private and public spheres of life have always had a unique and puzzling relationship. The camera has the power to capture private and personal moments in people’s lives and preserve them for others to see, in a sense stripping these moments of their “private-ness.” But John Neff’s photography, currently on display at the Renaissance Society, presents to viewers an intriguing entry into his romantic and domestic life, while simultaneously maintaining its sense of privacy.

At the Society, Neff’s installation of 58 black and white photographs—arranged chronologically by the time at which they were taken, but otherwise left untitled—draws the viewer into a very intimate setting. Each of the photos, framed by large white matte backgrounds, is displayed across three charcoal gray walls. The windows of the Society have been tinted gray. Nothing shocks or jumps out at the viewer.

Neff took the photos with an old Kodak folding camera, which was attached to a portable Canon scanner. Although Neff’s process is extremely simple—he imports the photos into his computer and then strips them of their color—the results are intensely intimate and melancholic. Neff discovered this rudimentary process in 2011 after taking a few photographs at his friend’s apartment in Edgewater. Over the course of the next 18 months, he continued to document—in an almost diaristic sense—the people and particulars of his Chicago life.

The works, which are largely homoerotic in subject matter, range from portraits to still life to landscape to domestic scenes. A trash can filled with tissues and Q-tips, the gray view from one Chicago apartment building of another Chicago apartment building, the reflection off the hood of a car, and the waves crashing off the shore of Lake Michigan each create a little portal into the artist’s interior life. Nothing is shocking or new, but perhaps in these mundane scenes, we recognize many of the quotidian details of our own interior lives. Most of the images’ content is shrouded in darkness, while the subject matter is illuminated by soft gray light. It seems Neff intentionally obscures most of the image to preserve the intimacy of the personal subject matter.

The men in the photographs, often sprawled in the nude, are Neff’s lovers. “I point my camera at people that I care about,” said Neff at a talk in Kent Hall on Sunday, following the opening of his show at the Society. The mood in each of these images is often subdued and quiet, and there is a familiarity and lack of self-consciousness between artist and subject. “It’s ‘I want to involve you. I think you’re beautiful. I want to take your picture,’” Neff continues. Neff’s male muses generally recline comfortably on a bed or chair, and often have their backs turned or are partially cropped out by the camera or hidden in shadows. None make direct eye contact with the viewer. Thus the theme of the private life is very present in that even in Neff’s most intimate depictions of those he “cares” about, some information remains hidden from the viewer and from Neff himself.

The show at the Society, Neff’s first solo exhibition, is a significant departure from his past shows. Neff has never been loyal to a particular medium or movement, although homoerotic themes and photography have often been incorporated into his work, but it seems that within this new exhibition Neff has matured significantly as an artist. He refers to this show as extremely “un–selfconscious.” Neff unabashedly yet discreetly recreates his everyday life through images of his lovers, domestic spaces, and everyday sightings without the intent to impress, inspire, or shock, but rather to tell us who he is. And in doing so, the collection of photographs is indeed a very interesting portrait of an artist.

John Neff's exhibit will be at the Renaissance Society through April 14.