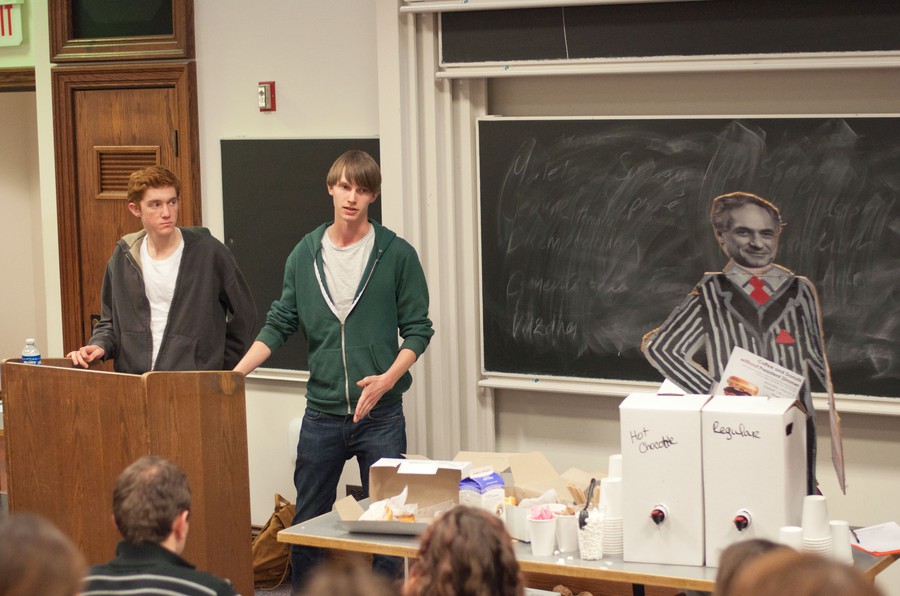 The forum previously known as “Coffee and Donuts with President Zimmer,” has been renamed and rebranded “A Leadership Conversation with President Zimmer.” The event will include a short presentation by President Zimmer, as well as a question and answer session centered on the topic of globalization. In addition, Dean of the College John Boyer and Faculty Director of the University of Chicago Center in Beijing Dali Yang, will be present to answer student questions.

Vice President for Campus and Student Life Eleanor Daugherty said in an e-mailed statement that this event is the first of future “Leadership Conversations” focused on a single topic that will be held multiple times a quarter.

“Together with senior leaders, we hope that this new format will allow for focused conversations that explore issues deeply, while still allowing for a free exchange of ideas,” she said in the statement. “These Conversations also present an opportunity for senior administrators to hear directly from students and to share with students the University initiatives, planning and decision-making processes.”

The event was originally scheduled for earlier in the quarter but was postponed.

“We didn’t really have much information about why that was the case. My guess would be to give additional time to the rebranding process, just because it did take a little bit more energy and thought versus ‘we’ll order some coffee and donuts and have the room set up and call it good,’” said Douglas Everson, SG vice president for Administration.

Everson also said that the rebranding of the event was largely due to the fact that “Coffee and Donuts” events were widely attended last quarter, and many students were unable to have their questions answered by President Zimmer.

“Between [the event] being branded on a specific topic and being able to bring in more administrators, we’re hoping that students who come with questions on that topic will be able to get them addressed,” he said.

“I’m there because obviously there’s quite a bit of interest into the students participating in programs in China, and, [of] course, overall, I’m very interested in meeting with students to exchange views on globalization in many ways,” said Yang.

In light of this event and for the general purpose of discussing administrative transparency, the Chicago Justice Initiative brought together various RSOs interested in social justice for “Coffee and Donuts without President Zimmer” last night. Members from RSOs including Students for Health Equity (SHE), Southside Solidarity Network, Students Organizing United with Labor, and Organization of Black Students among several other groups, presented information about their campaigns and the questions they hope to ask at the “Leadership Conversation” event.

SHE discussed their campaign with FLY (Fearless Leading the Young) for a trauma center in the University of Chicago Medical Center and the recent events that resulted in four arrests.

SHE member and third-year Patrick Dexter raised the question: “As this process of conversation and dialogue unfolds, on whose term is this dialogue going to take place? Is it going to be administrators calling on people to ask preselected questions or is it going to be a legitimate forum where people can say what’s on their mind, ask what they feel needs to be answered, and can be guaranteed more than a cursory response?”

Event organizer and president of Chicago Justice Initiative Michaeljit Sandhu said that the reason for holding the collaborative event was partially in response to recent developments with the trauma center protests.

“There have been no forums in which Zimmer has been present since the trauma center issue [on January 27], and clearly it’s a massive issue on campus,” said Sandhu. “He hasn’t been accountable at all, nor have any higher level administrators. It just made the issue more pressing or it drew it to our attention again.”

Sandhu expressed frustration that the event is being centered specifically on globalization.

“It seems like having a forum confined to that issue is an effort to silence students and for Zimmer not to be accountable to anyone,” he said.

“A Leadership Conversation with President Zimmer” hosted by the Office of Campus and Student Life will be held at 5 p.m. tonight in the McCormick Tribune Lounge.