Go for the great: Whitmore, Sizek to represent Maroons at Nationals 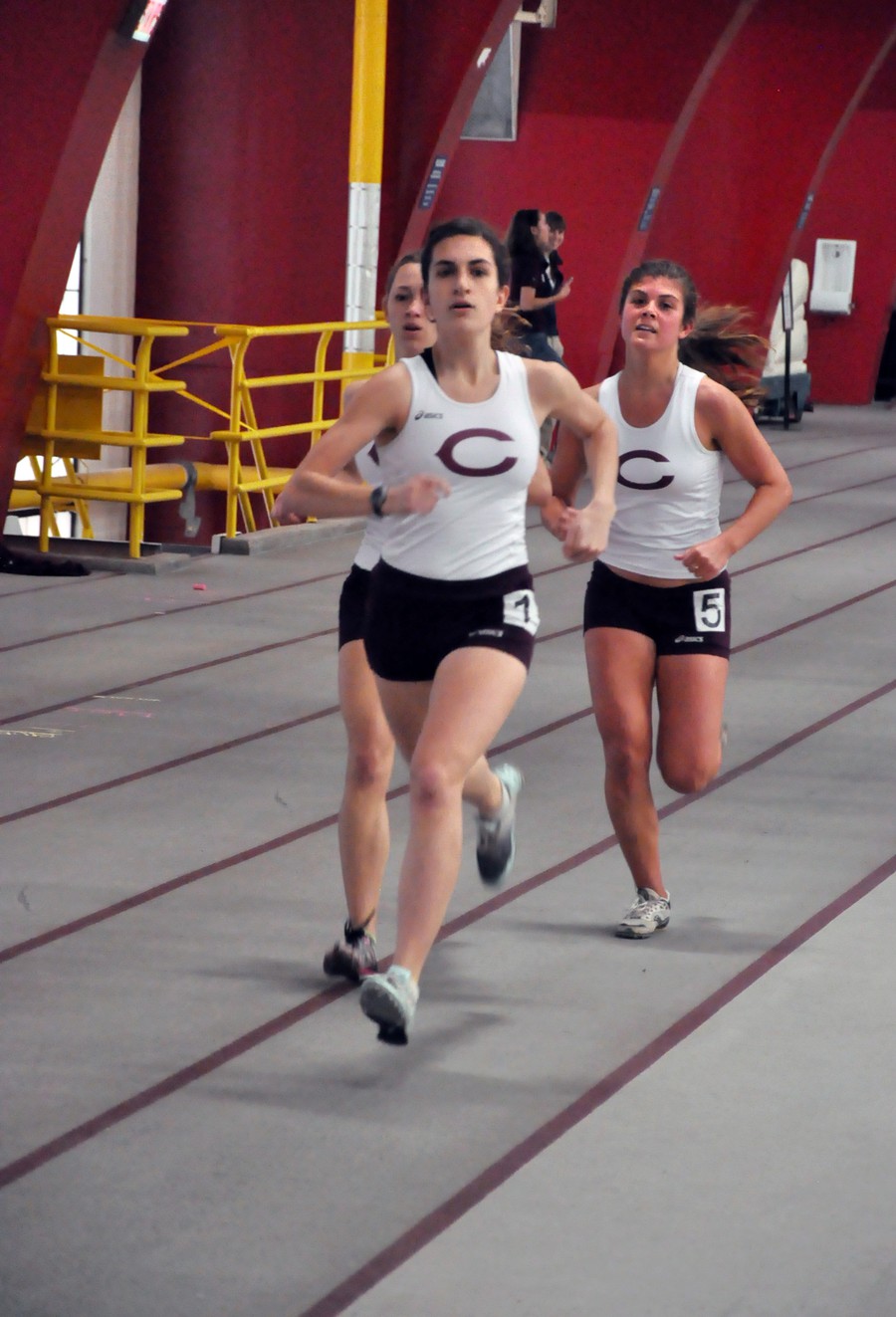 The indoor track careers of fourth-years Billy Whitmore and Julia Sizek come down to one more race.

Whitmore and Sizek will compete in the 5,000-meter run at the NCAA National Championships this weekend at North Central in Naperville. The two veteran distance runners will be the Maroons’ sole representatives at the national meet.

Whitmore came to the University of Chicago from St. Ignatius High School in Cleveland, Ohio and competes for the Maroons in indoor track, outdoor track, and cross country. He has been a standout performer throughout his career in all three of those sports, but this will be his first performance at the indoor national meet.

“I’m so proud to represent the University and my team at indoor NCAAs,” Whitmore said. “I would not have gotten this far without their support.”

Whitmore qualified to NCAAs with a time of 14:33.99, which he recorded at the Leonard “Squig” Converse Invitational on February 1. Whitmore finished second at the meet behind North Central’s John Crain, who currently ranks second in the nation. Whitmore’s time ranks 12th.

To win the national championship, Whitmore will most likely have to cut his time by 10 to 15 seconds. Chris Stadler of Haverford currently holds the top rank in the country with a time of 14:23.36. Ten to 15 seconds may not seem like a huge amount of time when considering the length of the race, but Whitmore needs to give an outstanding performance to make up those seconds. Still, the fourth-year remains confident in his ability.

“I have raced with these guys before and have beaten them all at least once, but I still have to run my own race,” Whitmore said.

Whitmore does not plan on making significant changes and is happy to keep faith in the style that has gotten him here in the first place.

“I feel that I have performed well, especially when the competition level is great,” Whitmore said. “I honestly just want to finish as high as I can.”

Sizek will also compete in the indoor national meet for the first time in her career.

“I’m really excited to go to Nationals,” Sizek said. “It’s nice to know that 50 miles a week for four years has paid off and actually made me fast.”

Sizek comes from Dayton, Ohio, where she attended Oakwood High School. Like Whitmore, she competes in indoor track, outdoor track, and cross country for the University. Her time of 17:11.37 from the Warhawk Classic ranks her at 11th in the nation.

For Sizek to finish first at the national meet, she will have to cut approximately 30 seconds off her time. Christy Cazzola of UW–Oshkosh ranks first in the nation with a time of 16:40.52. However, Sizek understands that that sort of improvement is probably out of her reach. Instead, she has set her sights on achieving All-American status.

“I would love to be an All-American and run a personal best,” Sizek said. “I know some other members of the team will be making the trip to Naperville, and I especially want to run my heart out for them.

To become an All-American, Sizek needs to finish in the top eight. If the national rankings prove to be a good indicator of the speed of the race, a top-eight finish will require Sizek to cut around five seconds off of her qualifying time—Keri Lambert of Amherst currently holds the eighth fastest time in the country (17:07.04)—but Sizek is intent on matching whatever pace the top eight throw at her.

Both Whitmore and Sizek have the ability to achieve their goals this weekend, but they will have to be at the very top of their respective games. It may be too much of a stretch to expect Whitmore to become the first male national champion in indoor track in the school’s history, but a place in the top eight—maybe even the top five—is certainly up for grabs. Likewise, Sizek’s target of running a top-eight finish is well within her grasp.

“Distance runners are creatures of habit,” Sizek said. “I plan on eating pasta in my apartment Friday night like I always do. The next morning, at the meet, I will try to get some homework done before the race. Homework tends to calm me down. After that, I am just going to go run.”