After shutting out Stars, Maroons to fight Scots, Knights

Despite rainy conditions, the South Siders (12–7) pulled off a resounding win over Dominican University (8–16) on Tuesday. 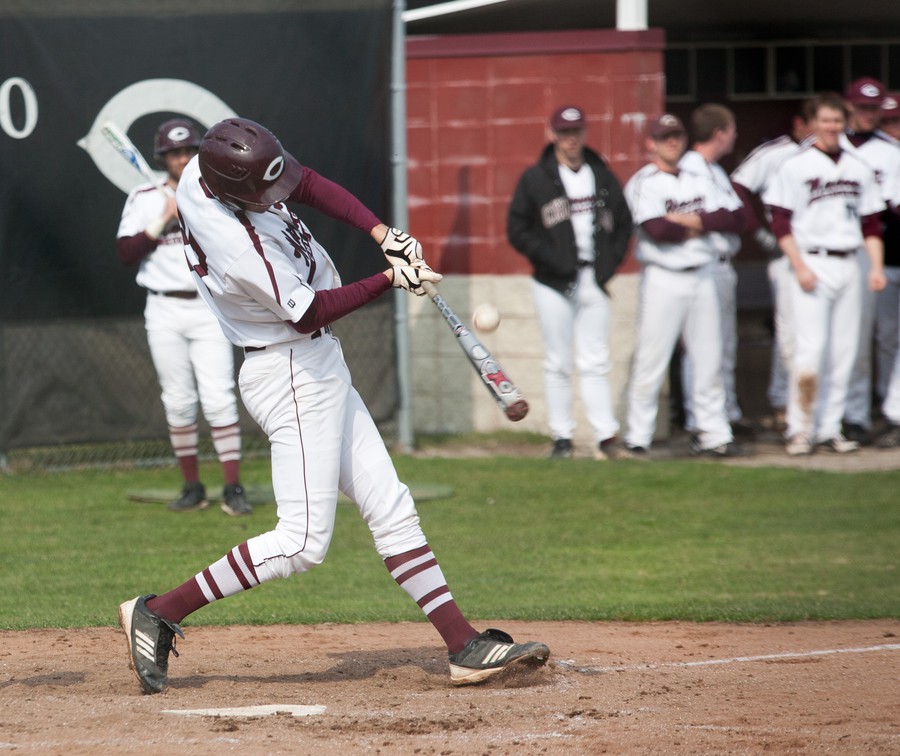 Despite rainy conditions, the South Siders (12–7) pulled off a resounding win over Dominican University (8–16) on Tuesday. The stars of the day were fourth-year starting pitcher Matt O’Connor and fourth-year second baseman Steven Schwabe.

Chicago couldn’t score in the first inning after loading the bases, but the runs certainly piled up later.

In the second inning, fourth-year catcher Tony Logli scored on a wild pitch. Later in the inning, Schwabe made it 2–0 with an RBI single, which was only the first of his five hits on that day.

In the third, Chicago blew the game wide open. They slapped six singles, increasing the lead to 7–0. On the mound, O’Connor continued his dominating performance: he didn’t give up a hit through three innings.

“[O’Connor] was on fire today,” second-year catcher Brenden Dunleavy said. “Matt was hitting his spots, and he and I maintained a good rhythm in terms of me calling pitches and him throwing for strikes.”

Fourth-year outfielder Jack Cinoman also played well for the Maroons. “The team was working in a really cohesive way. We were listening to our coach and each other really well, which produced a performance the opponents were not prepared for,” he said. Cinoman had two hits, including a two-run single, which brought the score to 7–0.

The team’s batting average rose to .373.

“I was really impressed with the hitting today. Our team was making really good contact with the ball and hit it to all fields,” second-year pitcher and outfielder Tony DeRenzo said.

The Maroons will take their winning streak to Monmouth, IL, on Sunday to take on Monmouth College (4–14) and St. Norbert College (12–5), a four-hour bus ride away.

“While it is tough to travel so far, I am excited to see if we can extend our five-game winning streak to seven,” DeRenzo said.

The Monmouth College Fighting Scots are coming off a win, and the Maroons will have to watch out for second-year slugger Ryan Crandall, who drove in runs to tie their last game in the ninth inning.