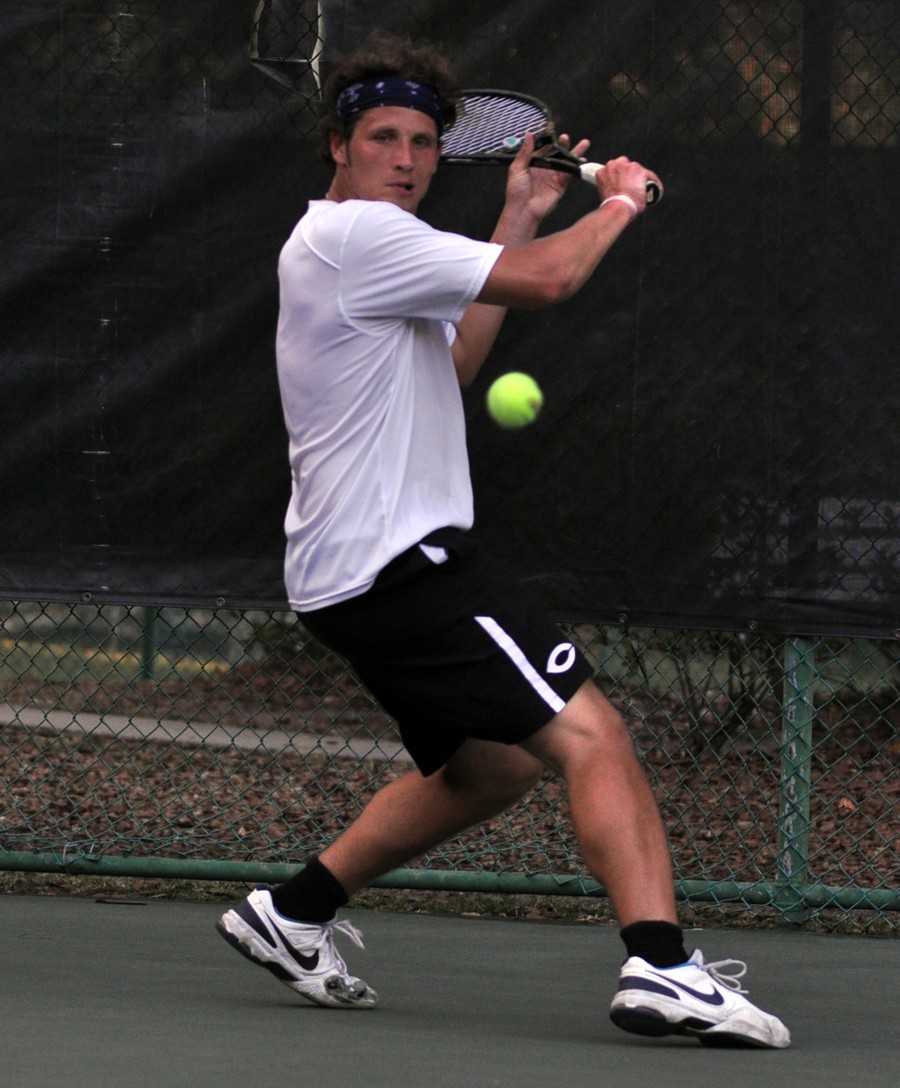 Chicago struggled with focus during its individual matches against UW–Whitewater last week, costing the squad the overall loss.

“Last weekend was a rough weekend for us,” first-year Jake Crawford said. “[I] could have played better. Ultimately, a few guys in doubles and singles didn’t close up and finish some matches and sets. Next weekend, we definitely are hoping to maintain our leads once we have them and finish our matches.”

Crawford earned one of Chicago’s three points, winning on the No. 3 doubles court.

Third-year Krishna Ravella, who played at No. 1 doubles last weekend, thinks that this week of practice has been beneficial.

“I think in this week of practice we have definitely made some strides since our match against Whitewater,” Ravella said. “We have really [stressed] the importance of individual contributions to the team’s overall effort. Teams can learn a lot from tough losses, and hopefully the loss can fuel and motivate us moving forward.”

First-years, like Crawford, and second-years have been a large part of the team’s success this year: they make up four of the six singles and four of the six doubles players.

This youth and lack of experience could potentially be seen as a weakness of Chicago’s, but the players believe it’s simply a demonstration of the quality they possess.

“I think [it’s] a testament to the sheer amount of talent that we have had to work with this season,” Ravella said. “Many of these underclassmen have matured as the season has progressed, and have been great role models and representatives for the team. I think this weekend sets the stage perfectly for these underclassmen to demonstrate just how far they have come since the beginning of the season.”

This weekend certainly will be a test—the Maroons haven’t played a pair of teams as good as Wash U and Gustavus Adolphus back-to-back all season.

Chicago will have to slow down Wash U’s momentum, as the Bears are currently on a six-match win streak.

“In doubles especially, we are hoping to jump out to a quick lead against a gritty team like Wash U,” Ravella said.

Gustavus Adolphus will pose a stern test for the South Siders as well. The Gusties defeated UW–Whitewater by a score of 6–3 earlier in the season.

Chicago no longer has to bear the pressure of extending its winning streak, but it should be prepared for one of the most difficult weekends of its season so far.

The Maroons travel to St. Louis for matches against host Wash U at 9 a.m. and Gustavus Adolphus at 1 p.m. tomorrow.