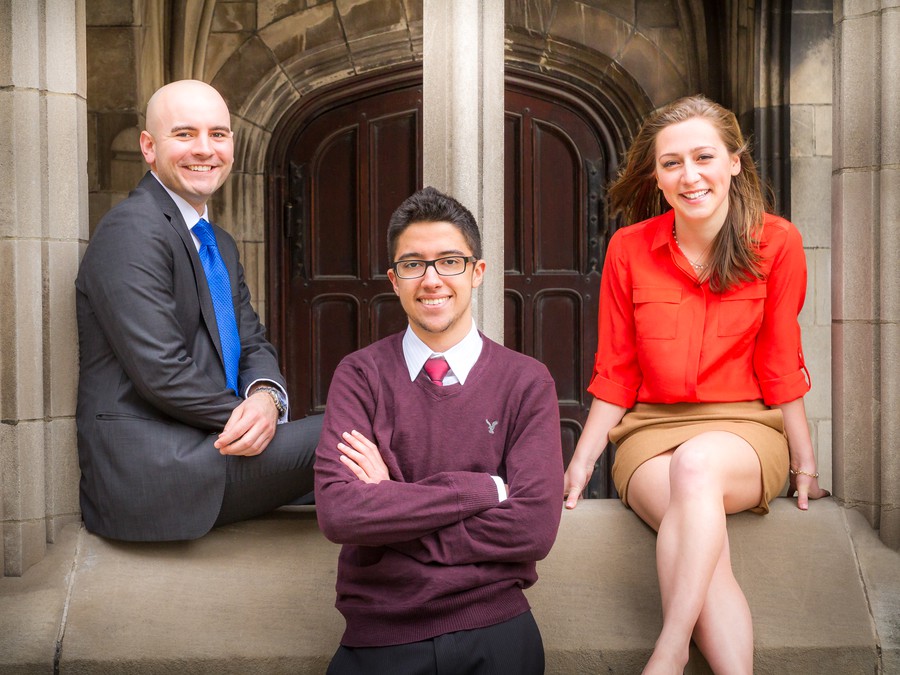 Hoping to increase communication between SG and the student body, and armed with experiences in both SG and a variety of RSOs, the Ignite slate is getting fired up for this year’s election.

Second-year Yusef Al-Jarani, Ignite’s presidential candidate and the current vice president of student affairs, hopes to increase dialogue between students and SG in order to start having a “better understanding of our constituent needs.” Al-Jarani said that, during his time in SG as a first-year College Council (CC) representative and now as a member of this year’s slate, he’s gained an understanding of the need for effective communication between students and SG members.

As vice president of student affairs, Al-Jarani required that the Program Coordinating Council (PCC)—made up of representatives from the Council on University Programming, Doc Films, Fire Escape Films, Major Activities Board, University Theater, and WHPK—advertise to both students in the College and graduate students if they wish to receive funding for events. Al-Jarani felt that previously there was not enough advertising geared toward graduate students.

The three candidates—Al-Jarani, second-year Ezgi Cubukcu, the slate’s vice president of administration candidate, and physical sciences Ph.D. candidate Anthony Ramirez, who is running for vice president of student affairs—each bring their own set of skills.

The vice president of administration oversees the funding bodies of SG, including Student Government Finance Committee (SGFC) and the Uncommon Fund. Cubukcu was both a CC representative and a member of SGFC this year.

“I want people to know that people on the committee and different funding bodies are open to look at and talk to different RSOs about budgets so they’re more informed…. I want to open up a dialogue based on that,” Cubukcu said.

In line with the slate’s goal to improve communication between SG and students, Cubukcu co-led an initiative with Douglas Everson, current vice president of administration, to increase the social media presence of SG, which included upping its Twitter and Facebook presence, and adding a blog post section on the new SG Web site, which representatives of CC and Graduate Council now use to publish updates on current SG programming and initiatives.

Al-Jarani believes that the slate’s diverse interests and backgrounds give it an edge over the other slates.

As a graduate student, Ramirez would be able to represent a part of campus whose concerns are not always considered in SG deliberations, Al-Jarani said.

But ultimately, the slate just wants to be able to accurately represent the issues of the entire student body.