The Art Institute of Chicago's latest exhibit, They Seek A City, misses the opportunity to situate universal themes of otherness in the present, and instead focuses on "turbulent and often tragic pasts." 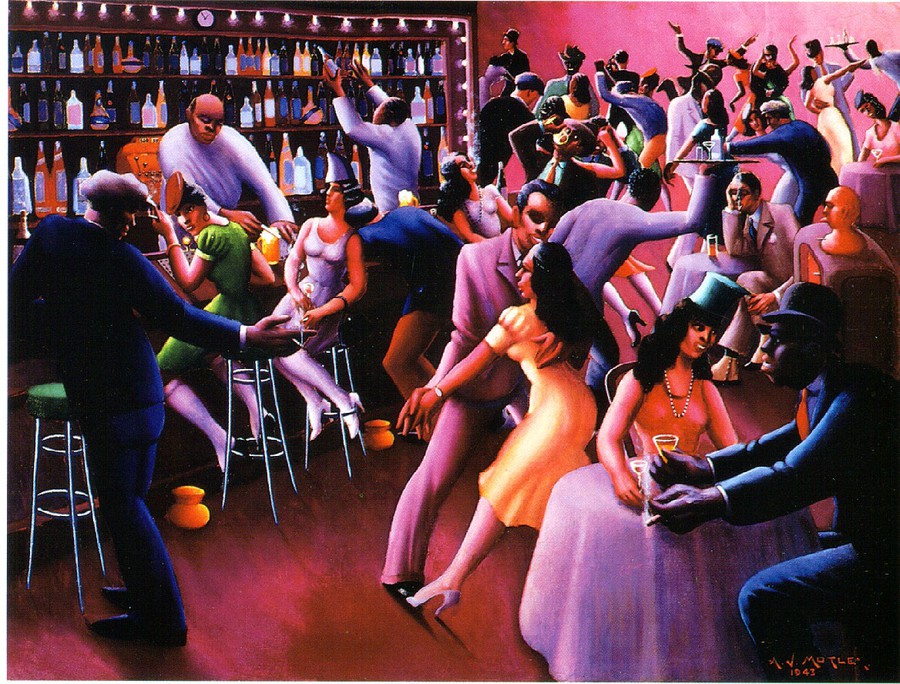 They Seek A City: Chicago and the Art of Migration, an exhibition of artworks by immigrant artists living in 1910–1950 Chicago, is currently on display at the Art Institute.  As the title suggests, this exhibition is about the immigrants’ journey to seek a city to settle in—or to a deeper extent, a sense of belonging and a sense of who they are. While the title evokes a sense of looking forward to a new life, a large number of works directly refer to past traumatic events that spurred the move to Chicago, such as the Holocaust. In They Seek A City, art itself has taken the backseat; priority is given to social documentation. One might be more satisfied if one goes there looking for history instead of aesthetic delight or art for art’s sake.

With artists of all different descents and backgrounds working in a wide variety of media, the exhibit is united by one theme: immigration to Chicago. Everyone has a heart-wrenching story, and they all tell it earnestly. A woodcut titled “Wanderer” depicts a wanderer on the street of a worn-down West Side neighborhood, an image that “had great cultural relevance for Jewish immigrants.” A portfolio proclaimed, “In solemn thought we contemplate that wanderer—our father the Jew—meeting one encounter after another—wounded and bleeding—healing and always coming up with a stronger will to struggle.” Stories like this abound, especially ones that tell the traumatic past, or the political tumult, of the artists’ home countries. Strolling through the galleries is like strolling through the memories of a Jewish immigrant escaping the Holocaust, or an African American fleeing the Confederate South.

What these artworks excel at is social documentation. They tell not just any story but stories that are true, and to observe these works (with profuse explanatory text on the side) is like watching one mini documentary after another. To project these stories through visual art has its advantage, for few other sorts of media have the immediacy of an image. A black and white woodcut of a train dispatching Jews to a concentration camp floods the viewer with all the information at once: a soldier shoving the ill-looking Jew into the already-crammed train, a winter land, dead trees, and a bleak sky. The artworks are not only earnest in the events they document, but also in the emotions they convey. This allows them their great social value—a collective documentation invested with the emotional intensity of personal struggle.

However, the work within the show largely acts as a vehicle for these messages and less as material art object. When I looked at the photos I took from the exhibition, I was surprised to find that most of them were of wall tags—I went to an art show and only took pictures of wall tags? In retrospect, I enjoyed the show because of the narrative it told, not because of the artwork itself. Some of them are visually affecting —I recommend Carl Hoeckner—but most recycled visual idioms that were already established, and therefore were less impactful.

On the other hand, while the stories are deeply moving, they place too much emphasis upon the past and are not fully anchored within the present. The title establishes an expectation of stories about current struggles with identity, with themes of assimilation and ostracism. Yet such narratives are severely overwhelmed by stories invoking the lives of the artists before their immigration, or political events in the artist’s homeland. By the end of the show, I was still left wondering: So what indeed is the story of an immigrant living (present tense) in 1910–1950 Chicago? As an international student in the States who will likely become an expat, I came into the exhibition wanting to relate to something. Although I do not share the turbulent and often tragic past of these artists, finding your way as an outsider is a universally human experience. Yet, that something is still missing.

They Seek A City: Chicago and the Art of Migration, 1910–1950 runs at the Art Institute of Chicago through June 2.