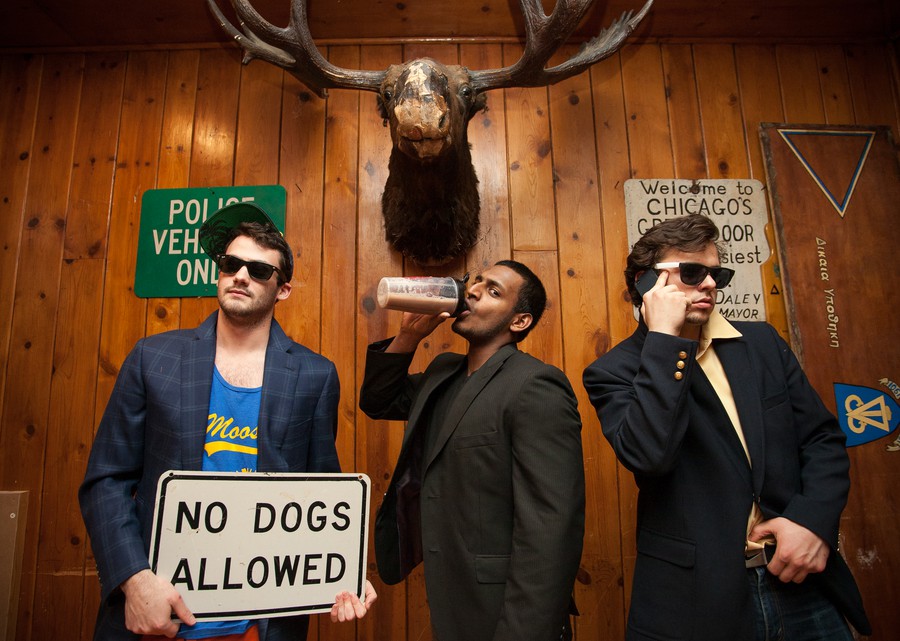 Promising a Bartlett nightclub, a skyrocketing acceptance rate, and more interactive application supplements, the Moose Party hopes this year will be a turning point from its 19-year losing streak.

“We are running with a satirical but serious platform, and demand to be taken seriously in this election,” said first-year Jacob Silverman, the candidate for vice president of administration.

For the past few years, Delta Upsilon’s (DU) Moose Party has revolved around a platform intended to make the University a “more bro place.”

A competitive match of rock-paper-scissors among the brothers of DU determined that in addition to Silverman, second-year Daniel Matam and first-year Sabahudin Redzepovic would run for president and vice president of student affairs, respectively.

They cited several reasons for running for office, including their inability to gain higher positions within DU and perks like the free food at SG meetings, the titles, and the power to make changes.

This year, the Moose Party is proposing sweeping changes to the admissions process, namely the introduction of the "No 1 Left Behind Program," which would ensure that every applicant to the University of Chicago is accepted. The brothers also said that although the application already has several supplemental essays, they would add one more—the Harlem Shake supplement.

“We’re doing this to pull the most creative minds. We’re not interested about Plato or finding x necessarily,” Matam said.

In order to combat the steady rise of applications to the University and deter prospective students, the Moose Party plans to introduce a South Side survival test to replace the now non-existent swim test.

“Who wants to have an eight percent acceptance rate? That’s kind of low,” Redzepovic said.

Other notable facets of the platform include instituting a non-disclosure policy for grades, changing the IM sports program so that every sport is played shirts versus skins, holding Bro-Week in lieu of O-Week, transforming Bartlett into a nightclub on Saturday nights, and making the Midway into a nature preserve for moose.

Even though the three candidates do not have any official SG experience, they believe they are qualified for office.

“We’re pretty much the same as everyone else, except we’ll do a better job,” Redzepovic said. “The only thing that distinguishes us is that we are way more ambitious and realistic.”