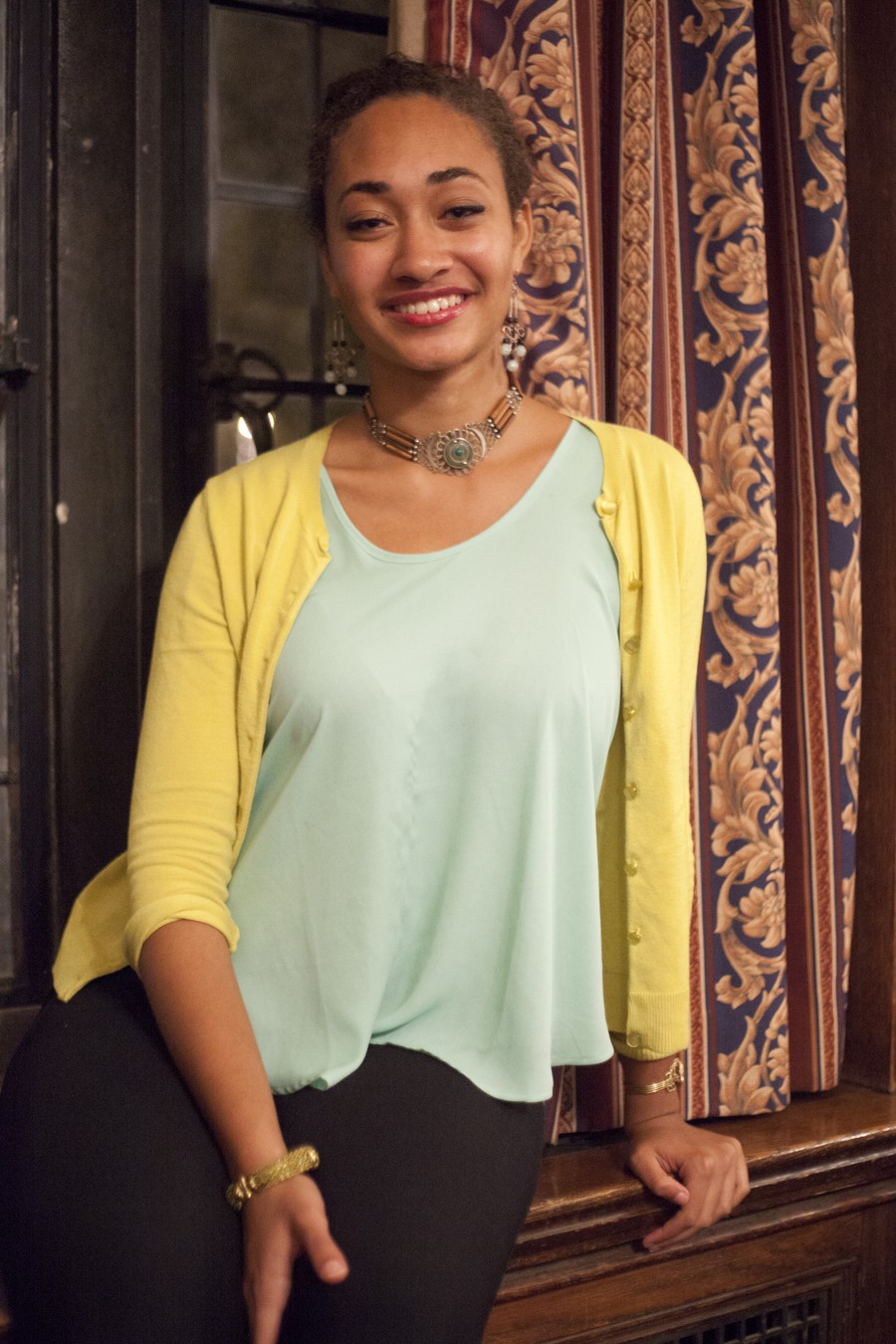 Third-year Gabrielle Newell is one of 62 college third-years from across the country to be awarded the 2013 Harry S. Truman Scholarship, considered the most prestigious scholarship for undergraduates seeking advanced degrees and careers in public service.

Newell, a native of Washington, DC, is an international studies major seeking a minor in human rights. On campus, she is vice president of the Organization for Black Students and has been heavily involved with Students for Health Equity and the Office of Multicultural Student Affairs. She helped found the UChicago chapter of the Chicago Alliance Against Sexual Exploitation (CAASE) and is a founder of the Multiracial Student Affinity Group.

Newell believes her influential involvement on campus developed from her initial desire to find a community. “It’s a new city, it’s a new school, it can be a scary thing. Tapping into a community, contributing to it—that’s what I was looking for,” she said.

Newell has been particularly active in the campaign to address sex trafficking in Chicago. She initially became exposed to issues of sexual exploitation when the University Community Service Center partnered her with the Young Women’s Christian Association (YWCA). Through her work there, she was shocked to learn about the prevalence of sexual assault exploitation of women in Chicago.

“That’s a scary reality for me. I think that’s an example of where our systems are supposed to support people and when they’ve failed,” she said.

Her involvement with sex trafficking victims inspired her policy proposal, a key portion of the Truman Scholarship application. In her proposal, Newell recommended that the model used by organizations like the United States Agency for International Development (USAID) for settling internally displaced persons be adapted for victims of sex trafficking in the United States.

Over the course of the application process, Newell felt herself needing to reevaluate her conceptions of leadership and her own accomplishments.

“The kind of leader I want to be…is someone who facilitates opportunities for other people to lead, someone who brings communities together in a way that both celebrates and recognizes the strength in each individual community and the real change that can come about from them collaborating.”

The Truman Scholarship will grant Newell and her fellow scholars $30,000 to fund the remainder of their undergraduate study and their pursuit of graduate or professional degrees, which is intended for the scholars to utilize toward careers in public service.

Though Newell is still considering what she wants to do after graduation, her concrete goal for her last year on campus is “trying lots of new things.”

“I came onto campus knowing I wanted to be an active part of certain communities and I’ve done that….  Now I’m ready to go do lots of random, bizarre things. I want to try circus club. I took a swimming class because I didn’t know how to swim. And I’m learning how to ride a bike.”

Newell hopes that after she leaves, others can continue to build the same communities she helped create and solidify. “I’ve built a strong, supportive, sort of inspiring support system for myself and hopefully helped provide that for other people,” she said. “But I don’t want what I’ve done to be attributed to an individual.”