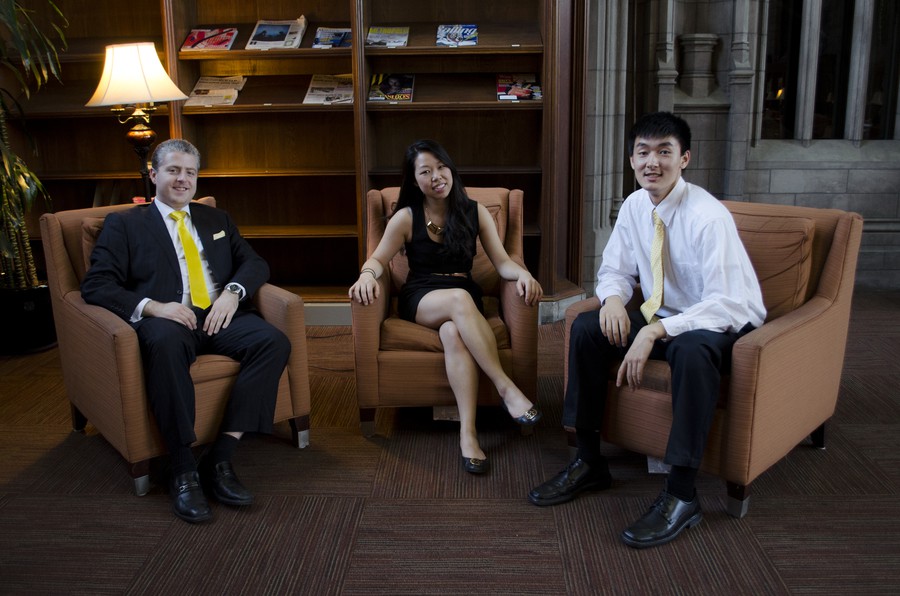 Two students in the College and an M.B.A. student make up this year’s UChicaGOLD slate. All three of the candidates have experience in Student Government (SG), and they hope to increase its presence and effectiveness on campus.

“Student governments are much bigger at other schools, and we feel it’s important to increase the positions’ reach, especially to students living off campus who seem separated from the campus,” said third-year Steph Mui, who is running for president.

To expand representation beyond the CC, which is made up of four students from each class, the UChicaGOLD slate wants to elect a student from each house and RSO. Mui, a current College Council (CC) member, said she has spoken to officials in the Office of Undergraduate Housing and Inter-House Council and expects to set up elections in the fall.

Second-year Raymond Dong, the current chief of staff and the slate’s candidate for vice president of student affairs, emphasized listening to the student body and correctly responding to relevant issues, a sentiment echoed by Mui.

“Right now, the decisions and ideas that the current slate make are based mostly on the three of them, but it should represent the students themselves,” Mui said.

Mui stressed the need to have a better and more accurate representation of University students, both undergraduate and graduate alike. UChicaGOLD plans to engage with the graduate student base through first-year M.B.A. student Josh Johnston (B.A. ’04), the slate’s candidate for vice president of administration.

Increasing school spirit is a primary concern for the three candidates, who are all widely involved on campus and have extensive leadership experience.

“We have a genuine passion for the school. SG is Ray’s most involved activity on campus, and I love the University more than anyone,” said Mui, who is also the president of Kappa Alpha Theta.

By improving communication and prioritizing, they hope to effectively better student life, in transportation as well as in athletic and cultural events. One way they plan to do this is by hosting an intercollegiate broomball tournament.

“We want to go above and beyond with the SG, setting a high bound for the future and making it a stronger institution,” Mui said.