Weekend Warriors | Being an inquiry into The Shining in 9 parts 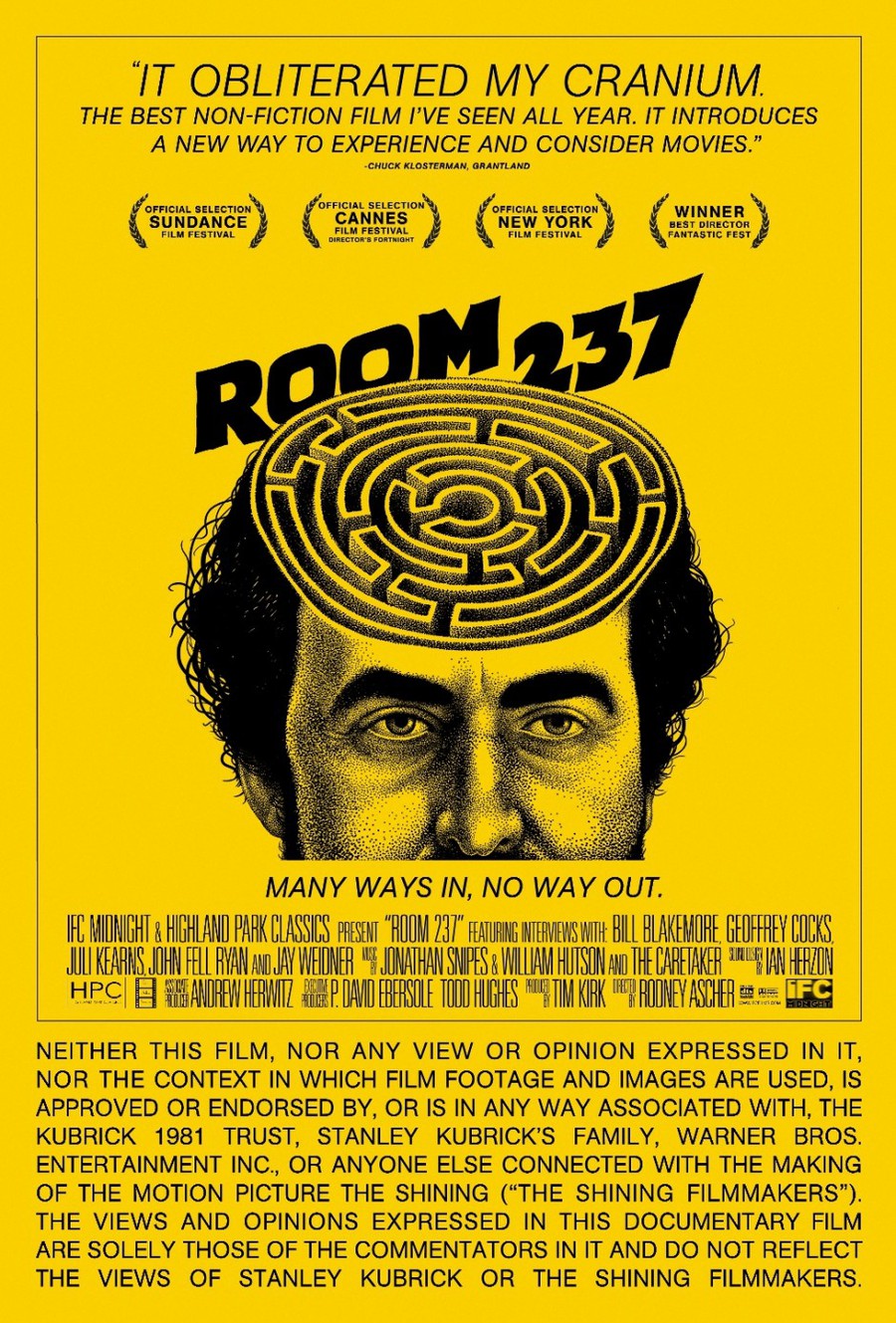 Saturday, we had a really big day. The movie we went to see was Room 237 at the Music Box, which is a repertory movie theater located on Southport Avenue in the Lakeview neighborhood on the north side of Chicago. Ah, if you do not have a car, you can take the train there (it is accessible via both the Red and Brown Lines: I recommend taking the Brown line, as it affords a nice aboveground ride in between buildings and through a bunch of neighborhoods north of the Loop). Now, we almost did not make the film ––– we being myself, Harmon, Evan, and Paul ––– because even though we were riding in Evan’s White Honda FIT ––– we went on some pre-movie adventures.

Look, our adventures were up even further north than the Music Box Theater. Erm, first, we went to the Bahá’í Temple, which is a house of worship located in Wilmette, Illinois, not far from Northwestern’s campus. You may know this, but the Bahá’í House of Worship is a big white monolithic structure. Know also that it has massive pillars and if you sit in the center and look up, you can get lost looking at patterns and concentric circles. Up you should look, from the center. Bahá’í followers think about stuff here, and listen to the wind howl against the tall glass windows that encircle the Temple.

Regardless, our visit at the Bahá’í House of Worship left us all quite famished. In an hour the film would start, so we hustled to the White Honda FIT and sped off into the night. Calumet Fisheries was far away, so we hoped to find a fast and cheap joint to grab some grub before the flick. Kebabs away! For not ten minutes onto Devon in the West Rogers Park neighborhood, Evan pulled the car to a screeching halt in front of Khan’s BBQ Restaurant. A bright red sign and packed house told us all we needed to know. Could not find parking. Knickknackery. Evan then found parking, and then we made our entrance into the triumphant Indian restaurant.

Duh: Khan’s BBQ is a hell of a spot. There are two large blue rooms, the first of which contains a large counter with the kitchen right behind it where you order. Harmon noted the second, which feeds in to a long winding pink hallway that leads to the bathrooms. Efficient and friendly, the guys at the counter were the best cashiers I’ve ever seen. Move over, Goodburger! Only these guys could handle dozens of orders at once, while criss-crossing arms to reach for receipts, pens, and credit card machines, while plates of meats and rice piled as high as your head flew out of the kitchen. Ooph! Nervous about being late, we nabbed our kebabs and darted back to the car, with only ten minutes to spare before the film was slated to start.

Luck have it, it was 9:53 when we passed under the tall yellow marquee of the Music Box Theater (the movie started at 9:45). Alas, we purchased our tickets and made for the Box’s larger screening room (there are two). Now, legend has it that the Music Box is haunted by a helpful ghost. Darn it, the movie we saw could not have been in a more appropriate venue!

If you must know, Room 237 is a movie about another movie. Note: it is about The Shining, which was directed by Stanley Kubrick and partially adapted from the Stephen King novel of the same name. Gah, Room 237 is told in nine confusing parts, each of which contains at least four conspiracy theories about The Shining. While they are told by six historians, academics, filmmakers, and “VHS enthusiasts,” no one who sees Room 237 will have heard of them. Its possible no one will ever hear of them again. Their theories describing what the movie is “really about” are crazy. Holocaust. Jarring Native American genocides. Oh, minotaurs. Ha! Nascent sex. Best one: Stanley Kubrick confessing to faking the Apollo 11 moon landing. Our favorite section was Part V: The Enigmatic Bill Watson. You would love when the sex conspiracy theorist pointed out that five minutes into the film, when Jack Nicholson and hotel manager Stuart Ullman shake hands for the first time, a stack of paper on the manager’s desk suddenly forms the shape of a giant hard-on. Erm, as if we needed more convincing, he then showed us that Kubrick actually put his own face into the clouds in the opening credits! Rather, when we didn’t see the face, he assured us that he would Photoshop it to make it clearer.