Underneath the glass bubble 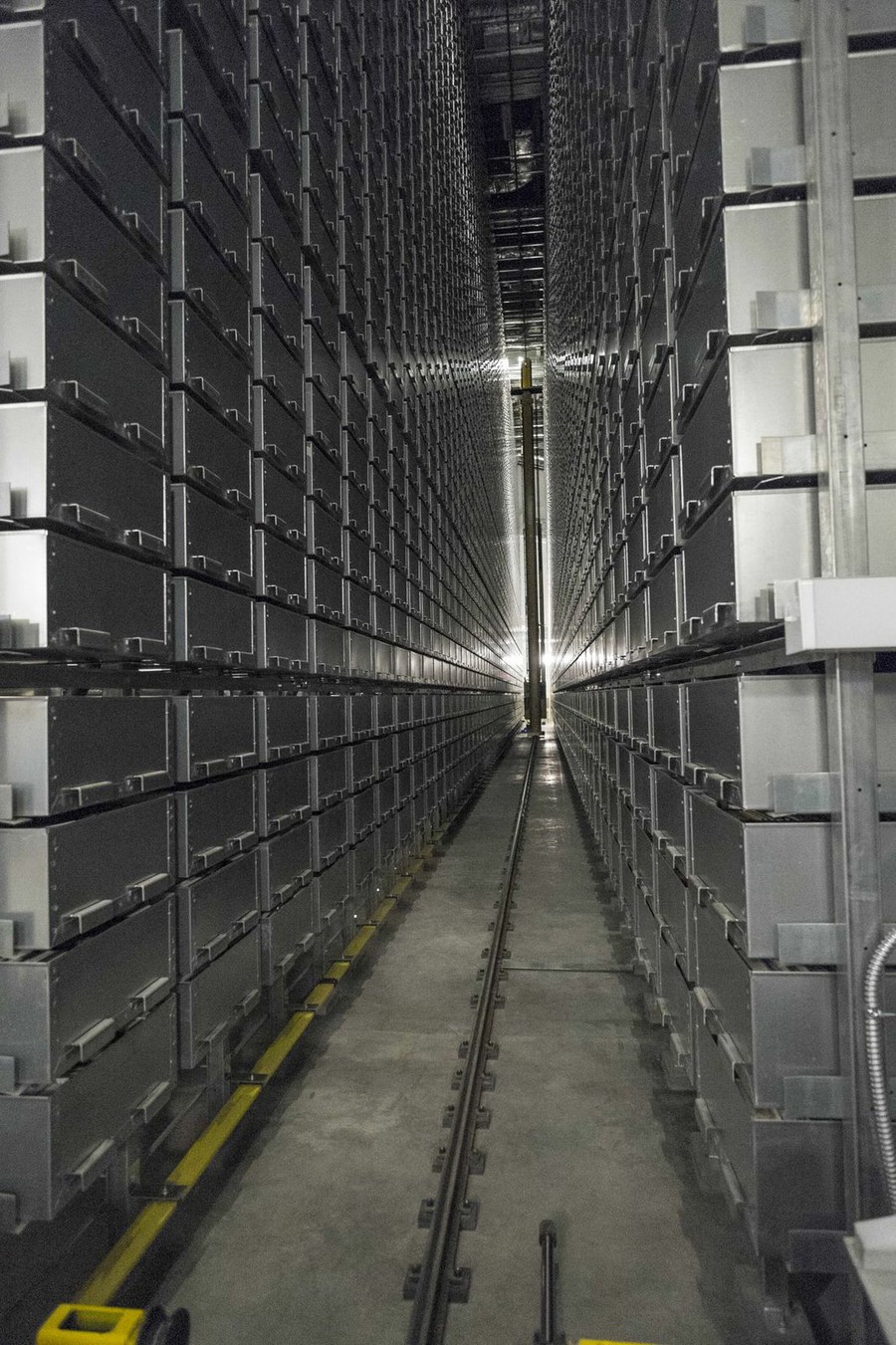 Approaching the library’s two-year anniversary, the University is offering unique, behind-the-scenes tours of Mansueto, its newest and most state-of-the-art library. In addition to the tour, the Maroon got a special chance to see the preservation department, and speak with Library Director and University Librarian Judith Nadler about her insights into the new facility on Friday.

The tours, which are being held every other Friday during spring quarter, offer University faculty, students, alumni, and prospective students a chance to explore Mansueto beyond the Grand Reading Room and to see how the $81 million facility supports academic life at the University.

Associate University Librarian for User Services James Vaughan led a small group through Mansueto’s Grand Reading Room and over 50 feet underground to see the library’s unique approach to storing some of the University’s most prized and least accessed volumes.

Currently housing some 1.5 million volumes of books, journals, and even a small video game collection, Mansueto plays host to a wide range of materials from different libraries on campus, including a portion of Special Collections’, Vaughan said.

Large metal bins, which run the length and breadth of the underground space, store the library’s collection by the material’s physical size and are accessed by five robotic cranes that can quickly retrieve a selection.

“We average about seven and a half minutes to retrieve a book after it is requested,” Vaughan told the group.

The robotic cranes are an integral part of the storage and retrieval system of the library and have even been affectionately named by student workers after other famous robots, including Bender and R2-D2, said Matt Warnock, head of Mansueto circulation. He then walked over to a computer next to the bins and demonstrated a request for a book that a library patron can make online. “The cranes run at about four miles per hour,” he added, which is quick enough to handle at least 50 simultaneous requests, the most requests to come into the circulation desk at the same time.

After walking around the perimeter of the cavernous basement, Vaughan and Warnock led the group back up to the surface where the tour ended.

Following the conclusion of the public tour, Preservation Librarian Sherry Byrne gave the Maroon a special look into the preservation department next to the Grand Reading Room.

Byrne took the Maroon through the department’s digitization and conservation laboratories. The space in Mansueto that houses these two operations was specially designed and built with the department’s needs in mind. She also discussed the digitization laboratory, which digitizes different kinds of library materials, including archival collections from Special Collections.

Before moving into the new space, the department did not have the equipment to safely scan older materials, said Head of Digitization Kathleen Arthur. She showed two pieces they are currently working to digitize: a letter to President William Rainey Harper from 1896, and a Diderot Encyclopedia from the 18th century.

Right next door is the conservation laboratory, which works to repair and rebind damaged materials from across the University library system. Ann Lindsey, head of conservation, showed the Maroon how its space in Mansueto was built for her department’s specific needs. From the right plumbing and ductwork to rooms for conservation equipment, the space in Mansueto enables Lindsey and her team to save and put back into circulation some of the University’s oldest and most damaged collections.

After the tour of the preservation department, the Maroon sat down with Nadler, who became director of the entire library system in 2004, just as the new library was beginning to take shape.

“Mansueto was built itself as a library for books in a digital age,” she said. “Its impact encompasses the entire mission of the library, which is to provide resources regardless of whether materials are in print or electronic.”

Nadler believes the choice to build Mansueto as a library with an underground storage facility was a great idea by the architects and strongly stands behind promoting it as the choice for the new facility. “This is the equivalent of the Regenstein Library upside down,” she added.

Nadler said that many library preservation departments are built as afterthoughts, usually housed in smaller spaces and in library basements. Mansueto was built “with an eye to making preservation a celebration of the artifact, to bring the department more out in the open and to showcase the work that we do,” she said.

Mansueto’s Grand Reading Room, its underground storage, and its preservation department all connect together to make the facility a unique part of the library system, Nadler said. “It’s really the oneness of it—the fact that these different pieces hold so tightly together—is the thing that appeals to me most about Mansueto.”