Check out the springtime latest from a slew of bands you might've thought gone extinct by now. 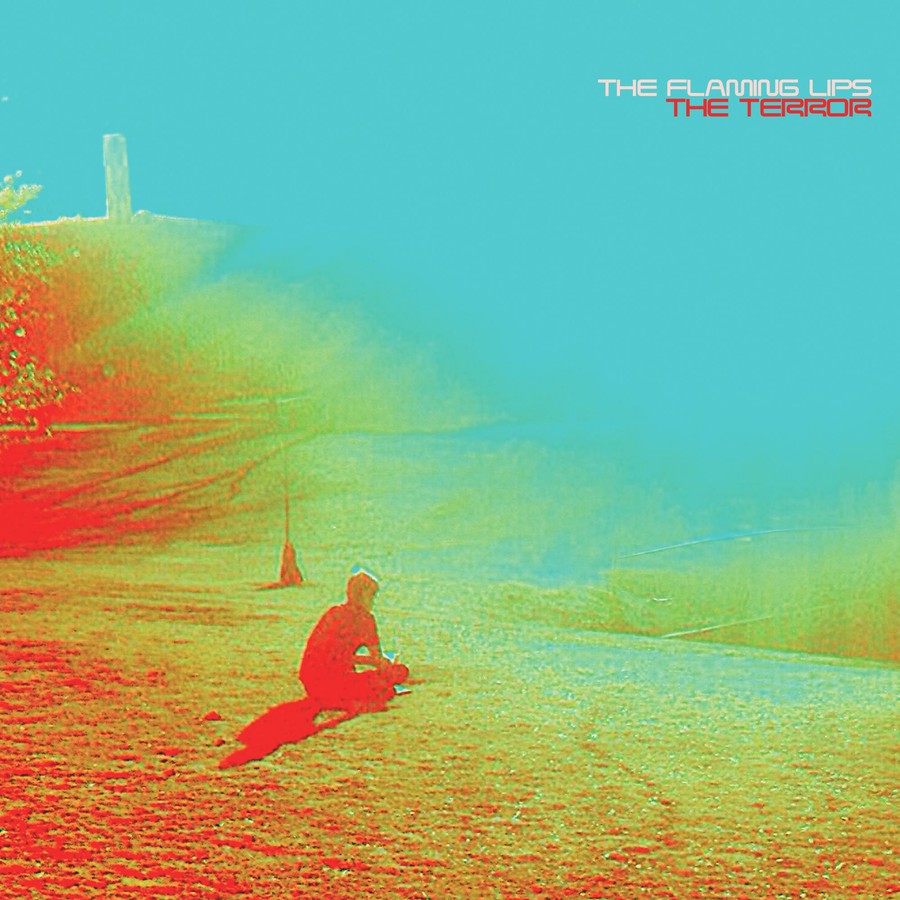 Having long transcended their simpler psychedelic punk-rock incarnation, Oklahoma’s The Flaming Lips continue to metamorphose somewhere in the further reaches of the experimental mainstream.  The Lips’s newest offering, The Terror, like 2009’s Embryonic, refuses to let the band’s sound stagnate. Where it differs most dramatically is in mood, as suggested by the title of the release itself.

The past few years have been anything but easy for the Lips; frontman Wayne Coyne’s separation from his wife of 25 years and multi-instrumentalist Stephen Drozd’s allegedly resurgent drug addiction have no doubt contributed to the atmosphere of their latest album. The Lips have reached inside themselves and caught hold of a feeling far bleaker than their established happy-go-lucky, innocent sense of optimism. Gone is the existential happiness of tracks such as “Do You Realize.” Instead, the album’s eponymous cut opens with the words, “However love can help you / We are all standing alone / The terror’s in our heads / We don’t control the controls.”

Turning largely to synthesizer-driven tracks, with drum kits and guitars relegated to only a few songs, the sound espoused by The Terror is sparse and, at times, ambient. Tracks such as “Try to Explain” demonstrate this approach at its best. Above a foreground of steadily pulsating noise, a plaintive keyboard melody builds toward a cathartic refrain in which Coyne’s voice croons, “Try to explain why you’ve changed / I don’t think I’ll understand / Try to explain why you’re leaving / I don’t think I’ll understand.” The musical pathos of this piece is only enhanced by what is almost certainly a lyrical allusion to Coyne’s recent personal struggles. Although Coyne’s untrained voice has always smacked of vulnerability, he sounds more fragile than ever here. A true sense of sadness counterbalanced by the sort of ethereal beauty found in “Try to Explain” makes evident the full potential of the palette The Flaming Lips have chosen for this release. Other tracks capitalizing on this direction, including “Turning Violent,” fare similarly well.

On the other hand, “You Lust,” the album’s lengthiest song, exhibits the less successful aspects of the band’s new approach. At just over 13 minutes, the track meanders along, featuring a static, minimalistic rhythm alongside a repetitive and altogether uninspired synth riff. Various psychedelic echoes and occasional strummed guitar chords waft about, but they cannot alter the fact that “You Lust” is simply not compelling. To be fair, at about nine minutes and 40 seconds, the drawn-out tune gives way to a charming and somewhat lighthearted coda that provides a welcome reprieve from the pervading themes of the record as a whole. It should be noted, however, that without raucous drums and fuzzed-out guitars, sometimes the Lips seem just a little too bare, a realization that only comes about on the weaker parts of The Terror. Thankfully these parts are in the minority.

Though the ultimate message of The Terror is not one of abysmal depression, it protractedly wrangles with these sentiments before it can finally break free. The album represents intense psychological struggle with the darkest recesses of consciousness, revealing a new side of The Flaming Lips only hinted at in previous releases. While the musical product of this new incarnation of the band may be difficult listening for some, there is no doubt that this release reaffirms the Lips as one of the most dynamic, daring, and sincere bands to have found success in today’s musical mainstream. 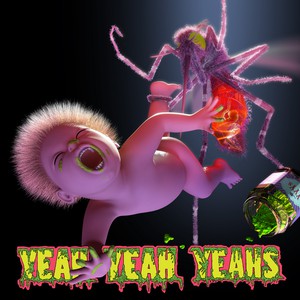 Interscope Records
Born in the Brooklyn garage punk scene of the new millennium, the Yeah Yeah Yeahs have found in their latest album a way to pay homage to their early roots while also taking on the future and a sound for the new decade. A mix between old and new, Mosquito recalls the scratchy wailing from Fever To Tell as well as the high-production quality and glittery energy from 2009’s It’s Blitz.

In addition to combining the past and future, Karen O found inspiration from other genres to help write tracks for Mosquito. The opening track, “Sacrilege,” incorporates a powerful gospel chorus near its conclusion. Similarly, “Under the Earth” begins with Karen O’s crooning through a fuzzy, distorted microphone but jumps into a roots reggae–inspired baseline, while still managing to keep up her usual glimmering, macabre sound.

Now retired from LCD Soundsystem, James Murphy helped produce the album, which is made clear by the electronic ticks and whirrs in “These Paths.” However, not all collaborations on the album made for a perfect team. The guitars in “Buried Alive” buzz and squeal like early Yeah Yeah Yeahs work, but Kool Keith’s alter ego Dr. Octagon throws in a rap verse that makes the song sound like a bad ’90s radio edit. Luckily, the lo-fi grunge of “Subway,” the grimy, futuristic weirdness of “Area 52,” and Karen O’s cries and screams on “Mosquito” show that the Yeah Yeah Yeahs have still got some of the young punky attitude they had growing up in the artsy garage punk scene.

The album almost finishes on an underwhelming note with the unremarkable “Always” and “Despair,” but the ballad “Wedding Song” is a powerful, heartfelt track that manages to expunge the blandness of the previous two filler tracks. The album trips up a couple times, but its many redeeming qualities and the band’s ability to hearken back to its early punk roots without seeming disingenuous earns Mosquito a worthy place among the rest of the Yeah Yeah Yeahs’s discography. 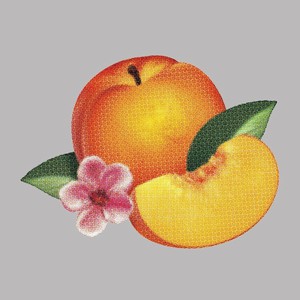 V2 Records
If you had asked your average American five years ago what came to mind when they thought about the historical city of Versailles, they might have said the Palace of Versailles, the Treaty of Versailles, and Louis XVI and Marie Antoinette. However, if surveyed today, there would be another significant addition: the alternative rock band Phoenix.

Formed in Versailles in the late ’90s right out of grade school, the four-man alternative band released three albums in six years, none of which came close to noteworthy. That changed in 2009 when the band saw its first big success with the release of its fourth full-length album, Wolfgang Amadeus Phoenix, with Glassnote Records, an American indie record company, and French producer Phillipe Zdar of Cassius. Although Wolfgang Amadeus Phoenix significantly increased Phoenix’s popularity, it was only this year at Coachella that they were crowned ‘breakout kings.’ The fact that this new level of popularity comes to Phoenix at least 14 years after its formation is characteristic of its rise to success. The lead single for Wolfgang Amadeus Phoenix, “1901,” took 31 weeks to reach the number 1 position on the Billboard Hot Alternative Songs Chart, marking the longest trip to the top in the chart’s history. And now, four years after their previous big success, they present the world with a new album, Bankrupt!

The 10-track album proves that the four years that Phoenix spent in recording studios in New York and Paris were well worth it. Bankrupt! keeps true to the distinct personality of the band, as it is defined by miniature symphonies, heavy synth, and exciting tonal transitions. The most unique aspect of the album remains the smooth and futuristic vocals of lead singer Thomas Mars, which soar above the instrumental and synthetic compositions. The lyrics seem to be an unintelligible stream of words but fit right in with the sense of confusion that defines the album’s conceptual aim. If Wolfgang Amadeus Phoenix produced several hits, including “1901” and “Liztomania,” the only individual piece that could reach the top charts in Bankrupt! is its first single, “Entertainment.” However, even though the songs may not be hit material individually, in the album they work together magically to make manifest the futuristic atmosphere that has defined Phoenix since its beginning. Suffice to say, listening to this album will definitely be an “Entertainment.”