South Siders to face No. 3 Emory in semi finals 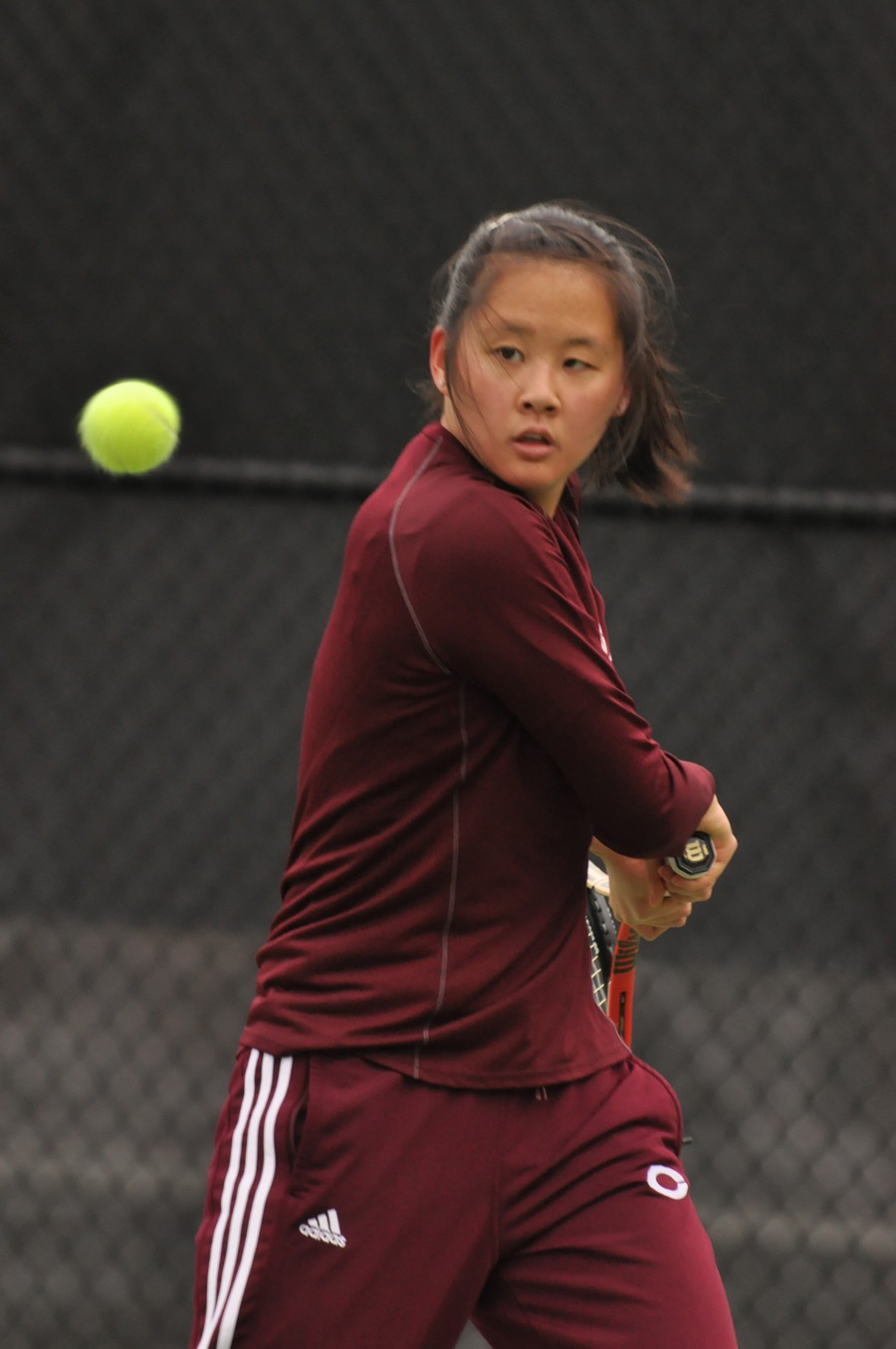 Courtesy of Coutesy of Hans Glick

Chicago cruised through the first day of the UAA Championships, but the tournament will become exponentially harder in only a matter of hours.

The No. 4–seeded Maroons defeated No. 5–seeded Case by a score of 8–1 on Thursday and will attempt to upset the No. 1–seeded and No. 3–ranked national powerhouse Emory today.

In spite of Chicago’s defeating Case 8–1 when they met on April 5, head coach Jay Tee knew the Maroons could not afford to look past the Spartans prior to yesterday’s match.

“We knew that if we continued to improve in doubles that it would translate to a match situation regardless of our opponent,” he said. “We knew that Case could be a pesky team if we let them hang around, so it was our goal to treat them with a lot of respect and to make sure we closed them out when we had the chance.”

With a 3–0 lead after doubles, the Maroons did not look back, winning five out of six singles matches.

First-year No. 6 singles player Stephanie Lee has shared time with second-year Maggie Schumann at the No. 3 doubles spot, but Tee decided to partner first-year Sruthi Ramaswami with Schumann for the UAA Championships.

“Maggie was playing really well in practice, and we decided to go with the hot hand,” Tee said. “Based on today’s results, it was the right call, but we need Maggie to be consistent.  If she continues to play like she did today, she’ll be in good shape going forward.”

For the first time this season, the Maroons will be the underdog against a DIII opponent. But Tee does not want his team to think about that.

“I think it’s important that we play free and don’t think about the situation,” he said. “If we think about playing Emory, playing the No. 1 seed, or anything like that, it will limit what we’re able to do.  If we understand that all the pressure is on them to win, then we will be able to play to our abilities.”

However, Emory has the reigning NCAA DIII singles champion in Gabrielle Clark. Clark is on a three-match winning streak and is 9–1 in her last 10 matches, and along with No. 1 doubles partner Annette Sullivan, the tandem is 10–3 on the season.

Tang faced Clark in the USTA/ITA Division III National Championships in October; Tang lost 6–1, 6–0. Even with this, Tee said he believes Tang has what it takes to defeat Clark.

“I’ve been around some great players at the DI level, and Megan has similar physical abilities,” Tee said. “Megan’s ground strokes are every bit as good as Gabrielle’s, and she covers the court just as well. What sets the best apart from everyone else is their self-belief.”

Every player in the Maroon lineup will need to have that confidence to defeat Emory today at 1 p.m. in Orlando, FL.