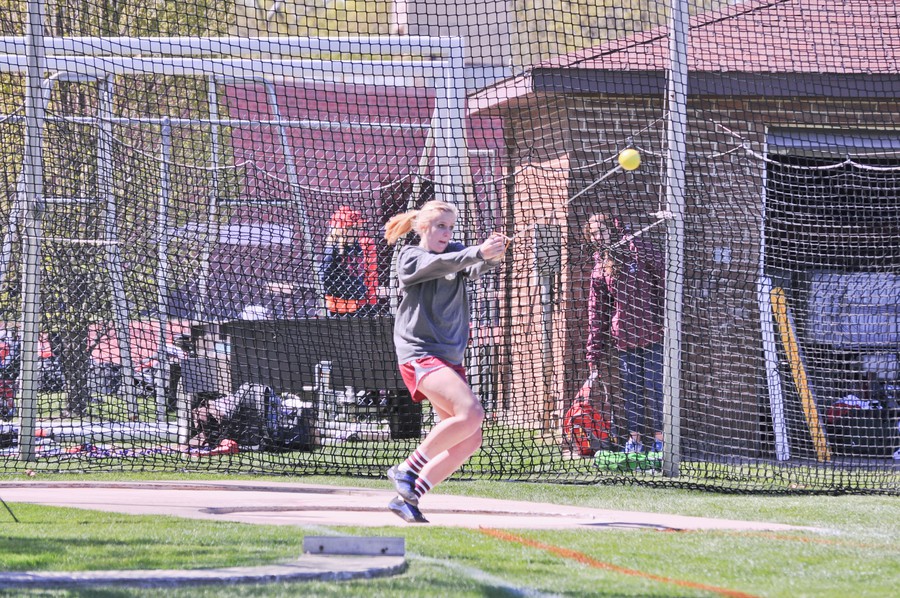 The Maroons put on a good show in the Big Apple this past weekend as they garnered nine gold medals at the UAA Conference meet. Despite coming in third for both team championships, the South Siders managed to more than quadruple their UAA titles (two) from last year.

“The team feels OK right now,” first-year Michael Darmiento said. “I’m sure we all wanted to win, but we are a young team, and we know that we have a lot of work ahead of us.”

And Darmiento has a point. Of the nine titles brought back by the Maroons, only three were won by graduating seniors. Only fourth-year Kayla McDonald, who won the 800-meter run in 2:14.94, and fellow fourth-year Dee Brizzolara, who won both the 100 and 200-meter dashes with times of 10.78 and 21.73 respectively, will be gone next year. The women’s 4x800 relay that also took first in 19:17.44 was a mixture of upperclassmen and underclassmen.

The future of the team looks even better. Of the five remaining events, four first-years and one second-year emerged victorious. Darmiento placed first in the 110-meter hurdles with a time of 15.54. First-year Nkemdilim Nwaokolo continued her dominance of throwing events, coming in first in both the shot put (11.80m) and the discus (39.66m). Nwaokolo’s second place finish in the hammer throw came only to second-year South Sider Kelly Wood, who recorded a personal best of 44.31m—a PR by over 4m. First-year Michael Bennett won his second UAA championship of the year, shattering the UAA and school records with his height of 4.81m.

“Both teams did amazing over the weekend,” Nwaokolo said. “Next year, I hope to not let my bad attitude get the best of me. I’m kind of a sore loser. As a team, we would love to win conference next year.”

The young success bodes well for the Maroons. However, this season still has just over three more weeks left before the Maroons can start gunning for next year’s conference championship. The Division III National Championship is just under a month away.

“The team is focused on getting ready for nationals. [We are] preparing those who are already in the running and trying to qualify for those who are close,” Darmiento said.

Last year, the Maroons only qualified two South Siders to the national meet. The Maroons’ vast array of talent has left them pondering not who will qualify to nationals, but how many. They have nine top 25 rankings across all events as of today. This does not include numerous other South Siders who are within striking distance of a qualifying time. For example, the men’s 4x100 trails the top 10 by less than a second.

“The team feels good. There are a bunch of us who are ranked high for this year’s outdoor national championship. I guess we’re all excited to see how they do!” Nwaokolo said.

The Maroons will have to continue to improve if they want to qualify the maximum number of athletes to nationals. However, the short remainder of the season does not lend itself to vast improvements.

“We just plan on continuing training for the rest of the season, hopefully the weather will just hold up so we can get quality practices in,” Darmiento said.

The next meet for Chicago will be the North Central Dr. Keeler Invitational, which is in two weeks.  After that, the Maroons will repeat the trip to North Central for the Last Chance meet. These are the only two meets standing between the Maroons and the National Championship.

“The team needs to continue to practice like we did the week prior to conference, like there is something always on the line,” Nwaokolo said.