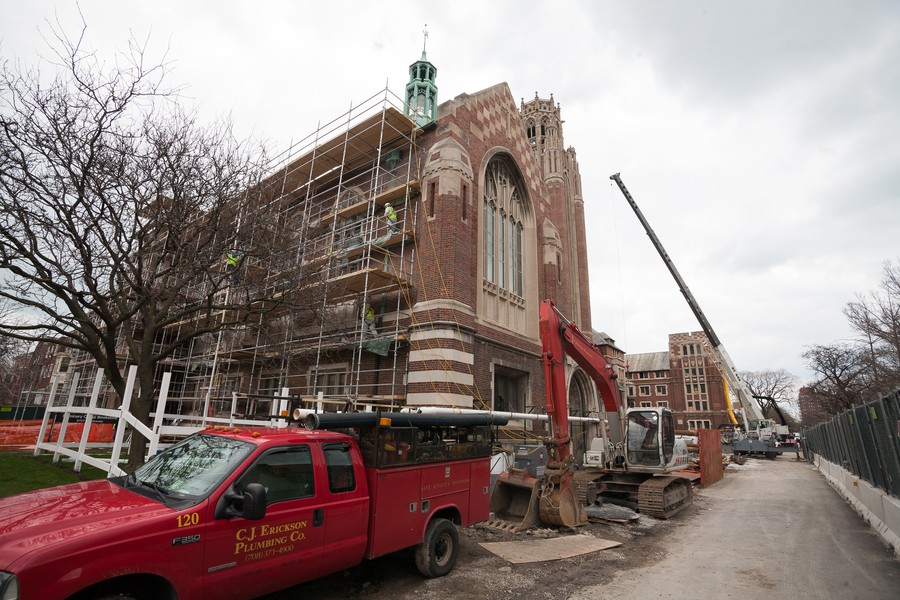 Last month, University officials announced plans to expand the quads, making the trek across campus more streamlined. Here’s what to expect from the changes:

East: Construction to convert the former home of the Seminary Co-Op into the Becker Friedman Institute for Research in Economics began last quarter. By the time the work is completed in 2015, the block of East 58th Street between South University Avenue and South Woodlawn Avenue will be closed to traffic and replaced by a pedestrian walkway.

To compensate for the loss of vehicular accessibility, a bus-loading zone on University Avenue will enable school and tour buses to unload their passengers next to the Oriental Institute, University spokesperson Steve Kloehn said.

West: On the other side of campus, this summer will see the first-floor lobby of the Administration Building knocked out to create an open-air passageway. Though the Registrar’s Office moved to the University of Chicago Press building on East 60th Street last weekend, Kloehn said this move was to increase the office’s space and not related to the creation of the passageway. The Registrar’s former offices will be renovated and used for other, currently undecided purposes.

The University also plans to open up a pathway to Crerar Quadrangle by demolishing Ingleside Hall, the site of the current campus post office between the University Bookstore and Cummings Life Science building. This construction will include a renovation of the area in front of the bookstore, continuing down East 58th Street to the exit of the Bernard A. Mitchell Hospital emergency room on South Drexel Avenue. This project is expected to be completed by the start of next summer.

According to Kloehn, the idea for the construction projects “wasn’t to provide a pathway for one [important part of the campus] but to join them all.”