After sweep of Lake Forest, Maroons to face Vikings, Warhawks 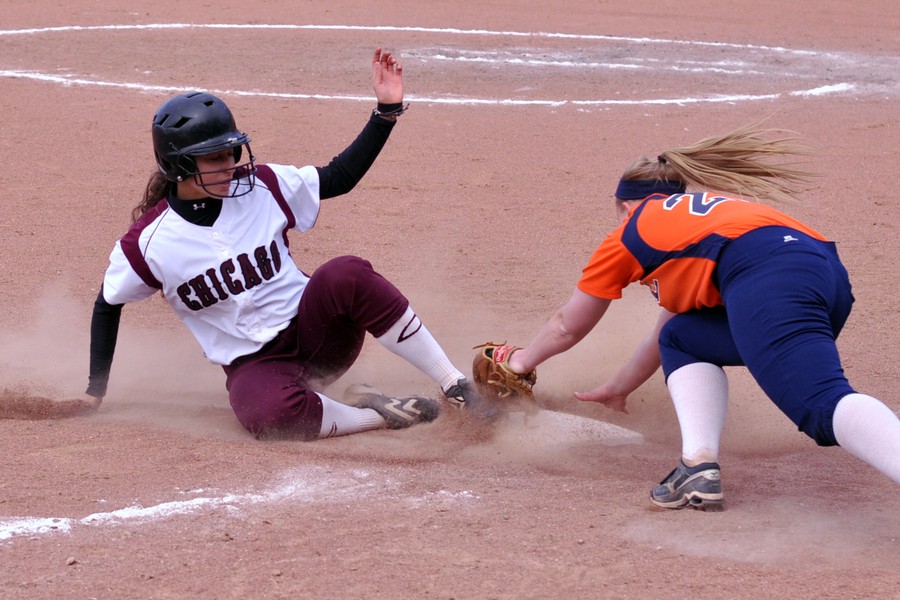 The Maroons are going full steam ahead with a busy season just starting up. The team used spring break as a chance to get some serious practice in before conference games, something especially important for the four first-years just starting out on the team. The South Siders kicked off their season with a trip to Clermont, Florida, where they played 12 games throughout the week.

The team ended its spring break training with a 7–5 record, and had some impressive victories as well as a couple tough losses.

“Our season has not gone exactly how we expected to this point, but we are excited to dive into our regional schedule,” head coach Ruth Kmak said. “We look forward to a fresh start and continued improvement in all aspects of our game.”

Due to weather, the Maroons postponed their Tuesday doubleheader against Lake Forest to yesterday at 3 p.m. The South Siders swept the two games with scores of 5–0 and 4–2 respectively. The winning pitchers were first-year Jordan Poole and second-year Tabbetha Bohac.

“Overall, we contributed well in all phases, but need to continue to work to elevate our play,” Kmak said.

After defeating Lake Forest, the Maroons will play Lawrence at home and UW–Whitewater in Whitewater, WI this weekend. The South Siders will play two games against each opponent, giving them four games total on Saturday and Sunday.

“We need to come into the games this weekend and play all 14 innings in both games,” fourth-year Victoria Tomaka said. “We need to play our game at our level and we can come and beat any team. We are looking for four wins this weekend.”

The Vikings (8–4) have a comparable record to that of the South Siders, but fatigue will be an important factor in this matchup. The Maroons have played all 14 games of their season within the past two weeks, giving them very little chance to recuperate. On the other hand, Lawrence played its last game on March 22, giving them just about two weeks to recover and focus themselves on their game against Chicago.

However, if past performance is any indication of what is to occur this weekend, the Maroons should be able to handily defeat the Vikings. In their doubleheader last year, the South Siders won both games by 10 runs or more.

“The season has been going pretty well so far,” Tomaka said. “Our hitting as a team has been very good. We are hitting over .300 as a team. We have a young team with all four freshmen getting starts and they have been producing well for us.”

The team will need their first-years to put out strong performances in order to top No. 13 UW–Whitewater. The Warhawks (12–0) are currently undefeated, and will be looking to carry that momentum into their matchup against the Maroons.

The South Siders and Warhawks split last season’s doubleheader, but this is a new year, and UW–Whitewater looks to be one of the toughest opponents Chicago will face. The Maroons will have to be on their top game to defeat the Warhawks.

The Maroons will play Lawrence at 1 p.m. on Saturday at home, and then play UW–Whitewater on the road in Whitewater, WI, on Sunday at 1 p.m.