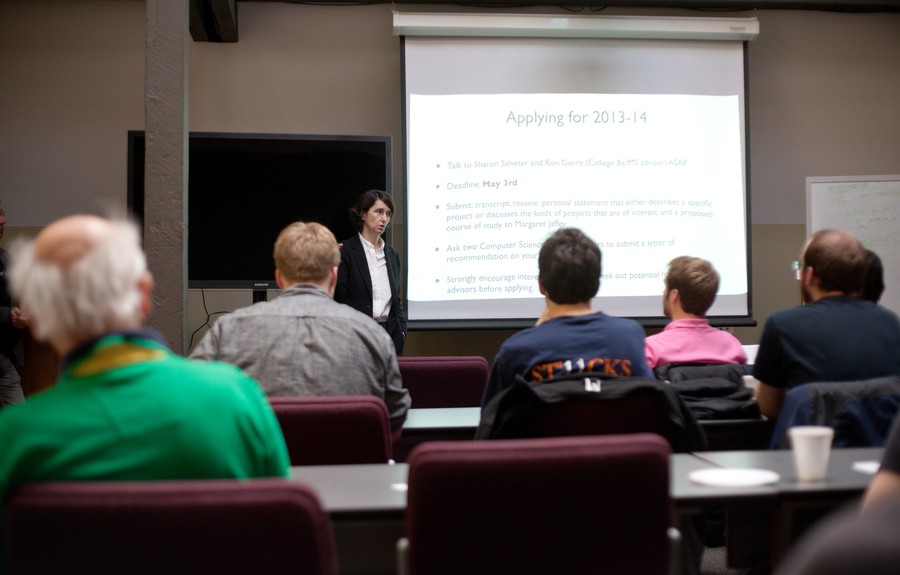 The new four-year joint degree program will give computer science majors the opportunity to receive both a bachelor’s and master’s degree in computer science while still enrolled as undergraduates in the College.

In order to receive a joint degree in the new program, students must complete 14 undergraduate computer science courses and six additional courses at the graduate level. Students must also complete a master’s project by the end of their fourth year.

“The College has been encouraging this, because there are a lot of students who come who really only need to be here for three years,” said Rogers. “I think they should be here four years and have a four-year college experience, and this is a way to make that happen in a way that’s productive.”

The program will be the same cost as undergraduate tuition, according to Rogers.

According to the department Web site, admission into the program will be based on a number of factors, including an application and recommendation letters from two computer science faculty members. Students interested in a joint degree will apply in the winter quarter of their third year. For current third-year students, the deadline to apply is May 3.

While there is no cap on the size of the program, Rogers said it will likely be highly selective.

"We're hoping to have somewhere between three and five people who do this in the fall," she said.

The department has considered offering the joint degree program for a few years. Enrollment in the computer science undergraduate program has grown substantially in the past few years, so the department feels it has a pool of students who will benefit from the new program.

“We are looking for people who have clearly demonstrated that they are capable [and] creative,” she said. “Students who are dedicated.”