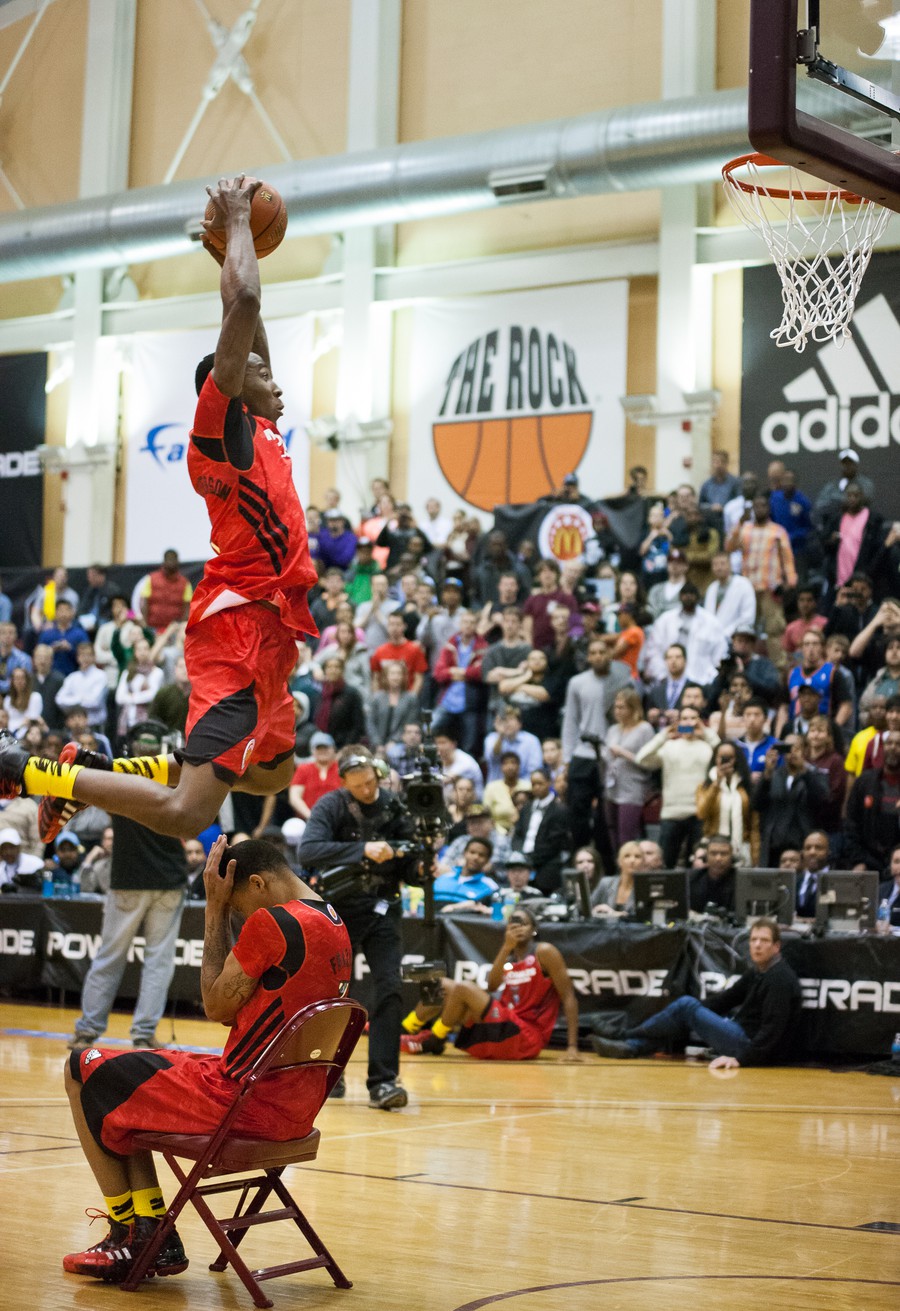 Both current and future stars came to the Ratner Athletics Center on Monday.

For the second year in a row, the University of Chicago hosted the Powerade Jam Fest, a series of competitions gearing up for the McDonald’s All-American Game. Featuring the top 48 high school boys and girls basketball players in the country, the sold-out Jam Fest did not disappoint.

“It’s a great environment for us at the Ratner Center,” McDonald’s All-American Games Director Douglas Freeland said. “It almost feels like a miniature Cameron Indoor Stadium. Everybody is right on top of the court. The crowd goes crazy.”

The dunk competition, inaugurated in 1987, is now in its third straight year in Chicago.

“It’s our second year in a row [at the Ratner Athletics Center], and both times it was a great event. ESPN loves coming here, so we chose to move it from Chicago State [University] up to the Hyde Park area, and both years it’s been great.”

Freeland took note of the enthusiastic University of Chicago students.

“Those students sitting behind the bench were going nuts, which was a lot of fun for the players and for everybody in the house,” he said. “I loved those guys that were going crazy.”

It was hard not to be enthused by the caliber of talent at the Ratner Athletics Center.

While the names Jabari Parker, Aaron Gordon, Andrew Wiggins, Julius Randle, and Chris Walker may not currently resonate with the general public, these future stars were alongside celebrity judges and broadcasters in the Ratner Athletic Center whose names do.

After witnessing an hour and a half of fundamentally sound performances in the three-point shootout and skills competition, the fans finally got what they wanted: show-stopping dunks.

Chris Walker was the first to light up the stadium. The Florida commit threw up a lob from the sideline in front of a section of University of Chicago students, let the ball bounce once, and threw down an emphatic one-handed slam that even had Stephen A. Smith pulling out the “10” card. The dunk scored a perfect 60 points.

Andrew Wiggins, ranked No. 1 on ESPN’s rankings of top recruits for the class of 2013, was the only other competitor to earn a perfect score on a dunk. The undecided senior threw down a 360-degree, through the legs, right-handed jam. All of the judges stood up in awe and naturally gave him top scores.

But Walker was crowned the champion. After his four dunks, he had a combined total of 226, beating second-place finisher Aaron Gordon by 13 points. Gordon went on to be the McDonald’s All-American Game MVP.

Still, it was not only the All-Americans that displayed their dunking skills. University of Chicago first-year football player Colin Macri competed in a skills competition for fans and dunked the ball so emphatically that the crowd rose to its feet and both Jalen Rose and Jay Williams gave him high-fives.

While a decision has not been made as to whether the Jam Fest will take place at the Ratner Athletics Center again next year, the atmosphere made an impact on the celebrities, athletes, and organizers of the event.

“We’ve got a really good event at the University of Chicago, great support from the students and from the administration here,” Freeland said. “Once we get through the [All-American] Game, we’ll do just what we did last year: we’ll step back and figure out where we’re going to go next year.”