In the spirit of the West, novelist Haruf offers a blessing 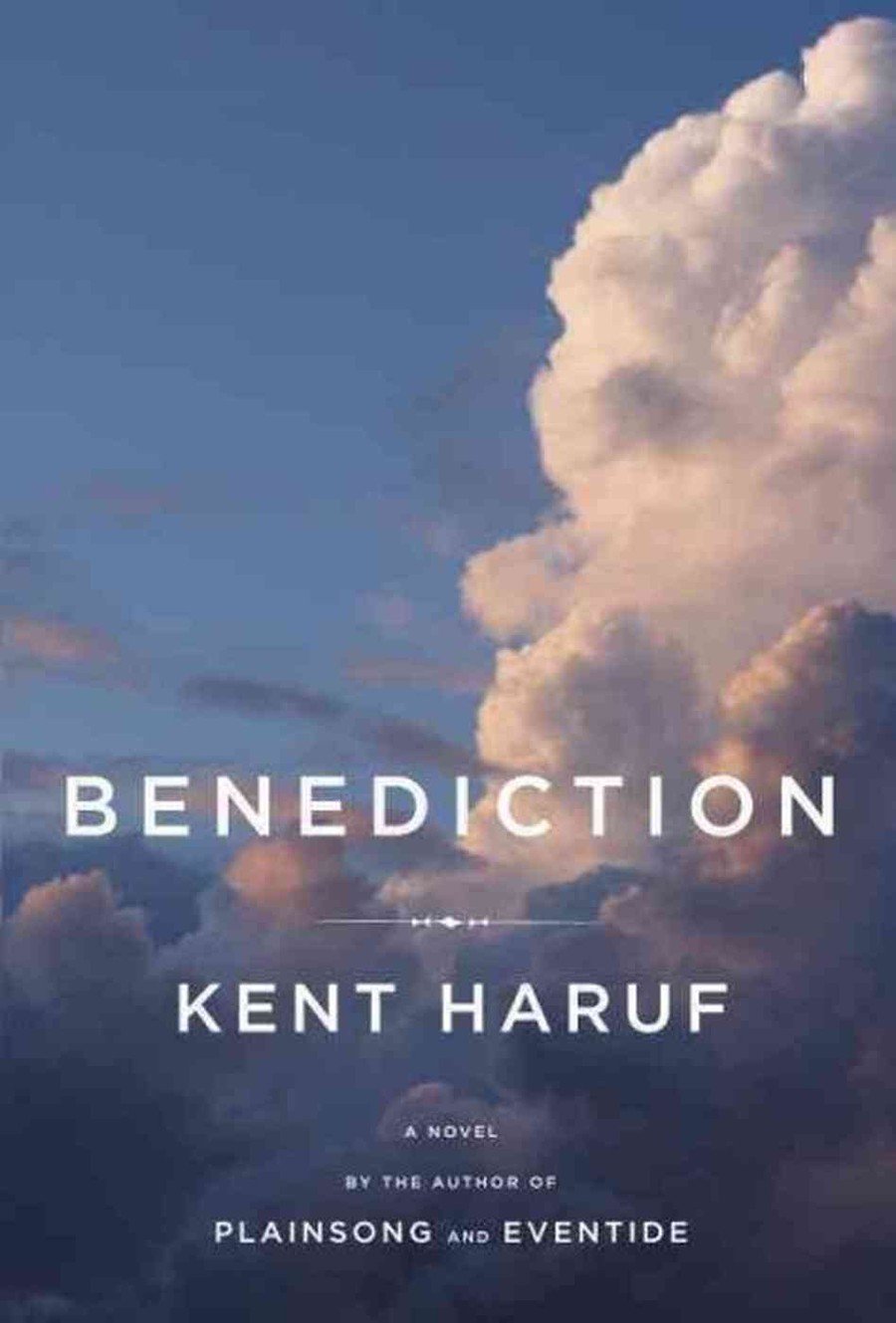 I keep saying to people that if Hemingway had had more soul, he would’ve written a book like Benediction. In the weather-worn hands of novelist Kent Haruf, you enter a flawless representation of a small town in the American West, where folks are religious and gentle and complicated.

Like Haruf’s earlier books, including Where You Once Belonged (1990), National Book Award-nominated Plainsong (1999), and Eventide (2004), the novel takes place in the small town of Holt, Colorado. Benediction (“the utterance of a blessing, an invocation of blessedness”) is primarily the story of Dad Lewis. Dad, the proprietor of Holt’s hardware store, is dying of cancer; he won’t live through the end of the summer. While his illness is progressing, his wife and daughter, Mary and Lorraine, take him for a drive, so he can see Holt one more time. They stop at the back door of the hardware store, and Dad wonders how many times he went in and out of it: “Fifty-five years times six days a week times 52, he said. What’s that come to? … It amounts to a man’s lifetime.” In moments like these, Mary and Lorraine struggle to help Dad to a graceful end.

Interwoven with Dad’s story is the narrative of elderly Willa Johnson and her 60-something daughter, Alene; an extensive exploration into the story of the Lewis family’s estranged gay son and their regrets about him; and the saga of Lyle, a new preacher in town who gives a different sermon from the one the Holt church is accustomed to hearing. Lyle’s wife desperately wants to go back to Denver, while his son is full of angst and ridiculously tangled up with promiscuous, empty Genevieve Larsen.

Though Haruf’s work always glows with calm and simplicity, Benediction is especially pregnant with these qualities because the characters in the book are on the older side. They tend to look back into events surrounding their pasts instead of forward. Alene remembers her failed love affair with a school principal from the district she taught in for 40 years, and says she now lacks “that quality, that condition of being alive and interested and vital and active and passionate in my life… I’m going to die and not even have lived yet.” Dad’s daughter Lorraine, meanwhile, is saddled with the loss of her teenage daughter in a car accident and a flawed, erratic lover who’s unlikely to change. In the last weeks of his life, Dad’s parents and his estranged son, Frank, visit him in hallucinations. Alice, the eight-year-old orphan granddaughter of Dad and Mary’s neighbor, is one interesting exception to this reflective slant. Many of the book’s characters bring their hopes to rest in her; they treat her with kindness and sensitivity (the Johnson women buy her new clothes and a bicycle). She is an almost holy foil to the sullied young and old adults of Benediction.

Haruf has written the novel at a fitting time in his career and life. As a young man, Haruf worked on a chicken farm, taught English in Turkey with the Peace Corps, and worked in hospitals. As he set out to be a writer after teaching, his first two novels were promising but not masterful. Now he lives in Colorado, where he comes from. He is one of the best regional writers in America, at the height of his writing powers. Like Dad, it may make more sense for him to look back—to search himself—than to tumble forward. In Benediction Haruf handles his characters with compassion and generosity, patiently wielding the self-assurance he’s worked to attain.

Haruf’s literary vision has scope and completeness. He strings certain residents of Holt, Colorado from book to book: The McPheron brothers, bachelor farmers from Plainsong, appear again in this novel, but they no longer inhabit their old house. Dad mentions that the baby whose mother the McPherons sheltered in their house must be grown up now. But the story of Holt doesn’t end in that child, since we have Alice’s story to add to the McPherons’. Threads of intergenerational continuity matter to Haruf’s project. In the end of Benediction, “the days turned cold and the leaves dropped off the trees and in the winter the wind blew from the mountains and out on the high plains of Holt County there were overnight storms and three-day blizzards.” This gorgeous zoom-out passage contextualizes Haruf’s understanding of his books’ place in the world and affirms his regional wisdom.

Despite its range, Benediction is also full of beauty on a small, common level. In one scene, three generations of women—the Johnson women, middle-aged Lorraine, and Alice—swim naked in a cattle stock tank on a hot afternoon. “The women watched her move to the tank, this young thin quiet girl, naked out in the country in the broad daylight. The cows looked at her.” In this moment of peace and play, a breath of resolution blows through Holt.

That is part of Kent Haruf’s story, and he’s stickin’ to it.