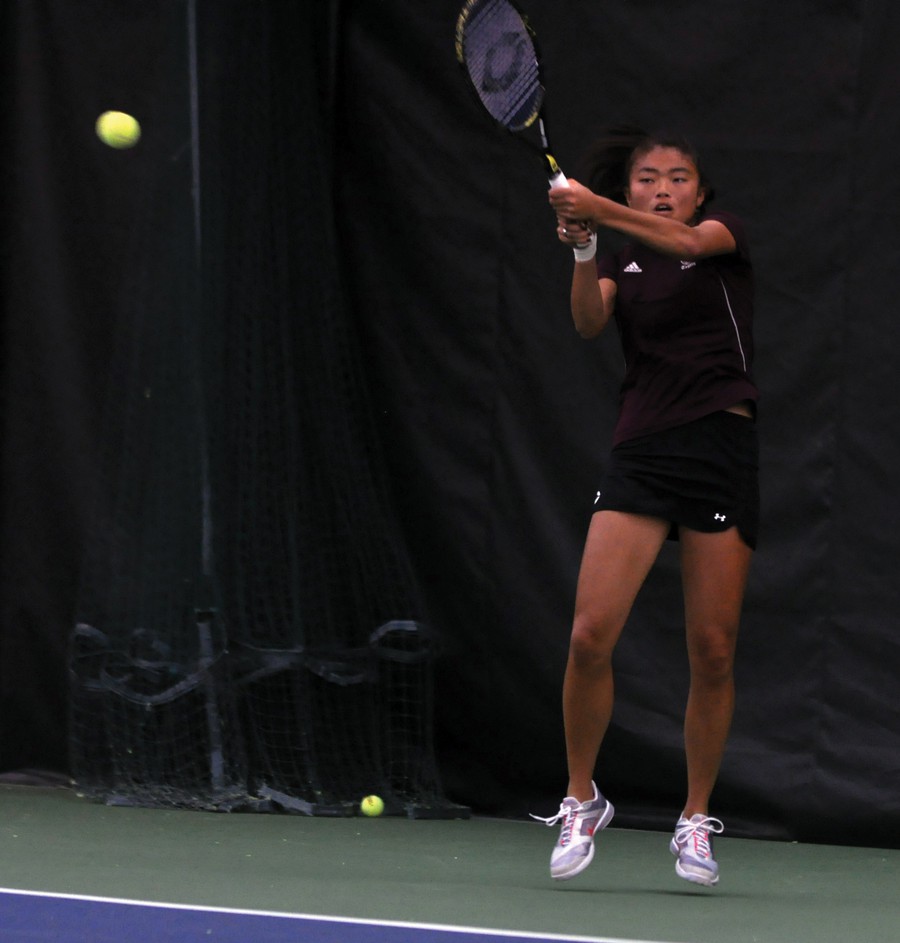 The Maroons kept the legacy alive.

Second-year Megan Tang kept another streak alive as well. By going 6–0 on the weekend, the No. 1 singles and doubles player is on 12-match and seven-match win streaks in singles and doubles, respectively. Tang credits her success in part to head coach Jay Tee.

“[Tee] has constantly been telling us to be very greedy when we play, especially in singles; he would rather have us win points by our opponents’ errors, instead of us going for winners too early,” Tang said.

Tee’s words were especially important in Tang’s match against Case’s Sara Zargham. The Spartan is ranked third in the Central Region while Tang is ranked first. The Maroon defeated Zargham earlier this year by keeping the ball in play.

“[On Friday, Zargham] immediately started going for her shots and was making a majority of them,” Tang said. “I’m assuming her plan this time was to try to get me on the defensive, so she could be in control of the match.”

Zargham’s early strategy put Tang in a 3–1 hole. But the second-year wasn’t down for long.

“My serve was pretty inconsistent in the beginning, but once I started to get that in, as well as my own offensive shots, [Zargham] began to make unforced errors,” Tang said.

Tang evened the match at 4–4 before winning eight straight games.

“I won the next eight games by hitting through my shots more and getting my first serves in,” Tang said. “[Zargham] made a lot more errors once I won the first set, which made the second set much easier.”

The semifinal against Case, according to fourth-year Linden Li, was the best dual of the tournament.

“The matchup against Case was a good match because of the way we all acted as a team,” Li said. “In doubles we all came out with a clear purpose to be the aggressors.”

Saturday’s final against Wash U, at least on paper, would put Chicago to the test.

After winning at No. 1 doubles and losing at No. 3, Li and second-year Kelsey McGillis would determine which team would have momentum on its side going into singles.

The Chicago tandem went up 7–6 with Li to serve.

“I tried my best to get all my first serves in and that clinched the last few points to solidify a win,” Li said.

With the 8–6 victory, the Maroons were up 2–1 going into singles play.

Decisive straight-set wins by Tang, Li, and McGillis along with a three-set victory from first-year Stephanie Lee clinched the title.

With only two regular season matches remaining, the Maroons look to finish off strong before heading to the UAA Championships and NCAA Tournament.

“Going into the end of the season, I feel like we have a very strong team, and I know we have the potential to do extremely well if we continue to work hard,” Tang said.