Men and women team up for fourth-place finish 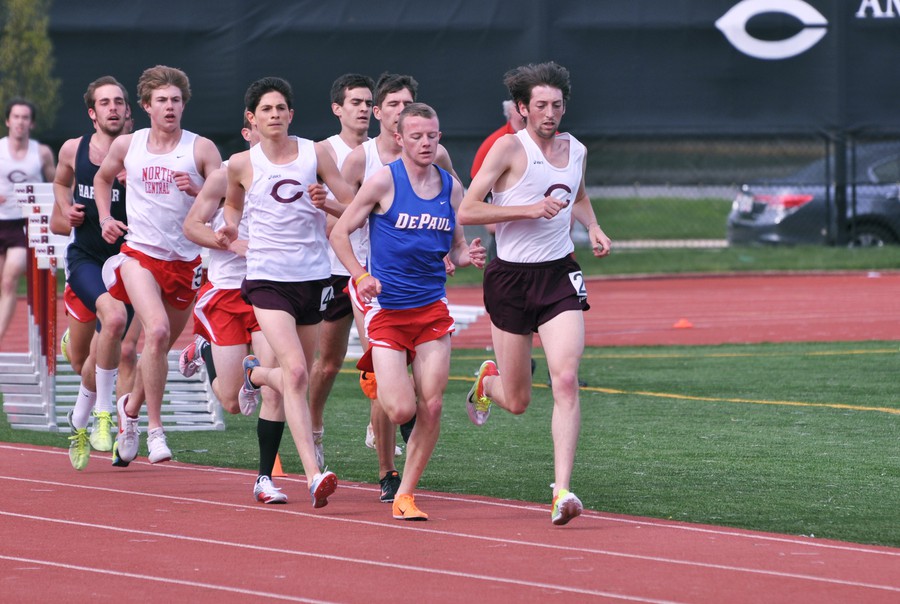 In the battle of the Windy City’s best, the South Siders breezed into fourth place.

The men’s and women’s squads both finished fifth, their combined scores good enough for a fourth place finish (120.5) overall behind DI teams DePaul (284) and UIC (125.5). The only DIII team to beat the Maroons was North Central (178), which currently ranks first in the nation on the men’s side.

Despite poor weather conditions, the Maroons started the outdoor season strong. They had 10 top three finishes across all events and posted numerous competitors in scoring position.

“I think the races went pretty well this weekend,” first-year Brianna Hickey said. “Obviously, now that we are outside, weather conditions are going to have a huge impact on everyone’s performances, but we just tried to keep a positive attitude about the conditions.”

Hickey narrowly defeated Nora Ferguson of North Central by 16 tenths of a second in the 1,500m run with a time of 5:01.64. The exciting finish earned Hickey second place in the event and eight points for the team.

Chicago started its outdoor season a week later than the majority of opponents due to the University’s timing of spring break. Because of this, maintaining fitness over the break is a serious challenge for the Maroons.

“We plan on working really hard to catch up to everyone else since they’ve been having practice for way longer than we have been,” first-year Chase Wilson said.

Wilson finished eighth in the pole vault with a jump of 3.75m. Before this weekend, he had never placed high enough to contribute points at such a competitive meet.

“It felt really good to score,” Wilson added. “It was my first time placing in a large meet like yesterday, and was a great way to kick off the outdoor season.”

Only fourth-years Jonathan Weatherwax and Julia Sizek won their events outright. Weatherwax ran the 10,000m in 32:19.19, while Sizek dominated her competition in the same event, winning by almost two full minutes in a time of 35:54.93. That is currently the third fastest 10,000m time in the nation.

Next up for Chicago is the Benedictine Invitational in Lisle, IL. However, the Maroons look at the meet as yet another warm-up to the conference championship that looms only three short weeks away.

“Now that outdoor has started we don’t have very much time before we compete in UAA conferences. So, the team is really focusing on preparing ourselves for that meet,” Hickey said. “Just keeping everyone healthy and injury-free will be really key as the season progresses.”