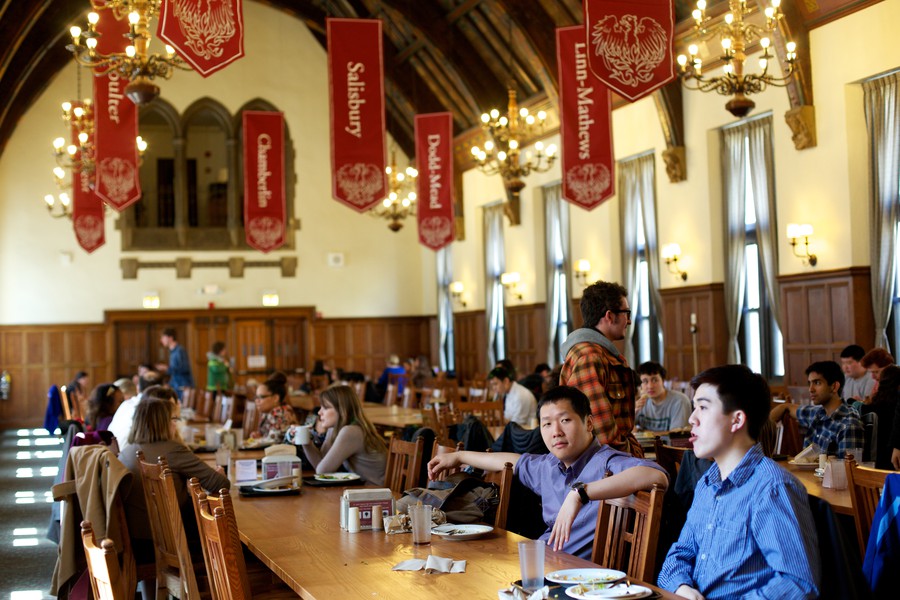 Following a flurry of student complaints over the decision to relocate Broadview Hall’s house tables to Cathey Dining Commons next year, administrators have announced a series of transportation and dining accommodations, including extended shuttle routes and the relocation of Fourth Meal to Cathey.

The table relocation, first announced last quarter, is part of a series of housing and dining changes to be implemented next autumn after the demolition of Pierce Tower and Dining Hall, where the Palmer, Talbot, and Wick House tables are currently situated.

Over the course of the last two quarters, Broadview residents have voiced their dissatisfaction about the new location to their Resident Heads and at Dining and Inter-House Council (IHC) meetings, second-year Palmer House President Molly Blondell said. A letter-writing campaign to housing and dining administrators was also proposed at one point, but never materialized.

Despite the official relocation, Blondell said many Broadview residents intend to go to Bartlett Dining Hall, which is roughly 11 blocks away from Broadview in contrast to Cathey’s 16.

“A lot of people are worried about not even having a house culture in South next year because people are going to eat in Bartlett anyway because that’s closer and more convenient,” she said.

Ideally, said Blondell, Broadview tables would be moved to Bartlett, which will expand this summer to accommodate the relocation of the Maclean house tables. Other solutions proposed by residents earlier this quarter and last quarter included implementing a direct shuttle route from Broadview to Cathey, as well as giving Broadview residents the option to choose the Apartment Meal Plan.

“Everyone in Broadview is just discouraged by the fact that whenever we bring up any issues, we don’t feel like we’ve been heard. Many of the issues that we faced last year or in years past, we’ve gotten no response,” Blondell said, referring to an incident last year in which fire alarms went off in Broadview almost every night for two weeks. In recompense, she said, Broadview residents only received an apology.

“The University is very accommodating for students in large dorms. Last year they gave Pierce residents $500 gift certificates to the bookstore for the toilet situation. They were willing to give anybody who had their house table in South Dining Hall 150 extra Flex Dollars for the inconvenience of walking an extra bit, but when it comes to issues with Broadview, we don’t receive any treatment at all,” she said.

In response to these complaints, Interim Director of Undergraduate Student Housing Ana Campos sent an e-mail to Broadview residents this Tuesday announcing accommodations and additions to current housing, dining, and transportation services.

In addition to the extended shuttle route, Campos announced that Fourth Meal will take place at Cathey during autumn quarter. “[This] will be more easily accessible to Broadview residents given this extended Central Route,” Campos wrote.

Other changes include instituting a continental breakfast program in the Broadview community kitchen so that residents can eat in Broadview before class each morning, as well as increasing the number of study breaks and meal subs.

Blondell, positive about the changes, was hopeful that they will strengthen the Broadview community.