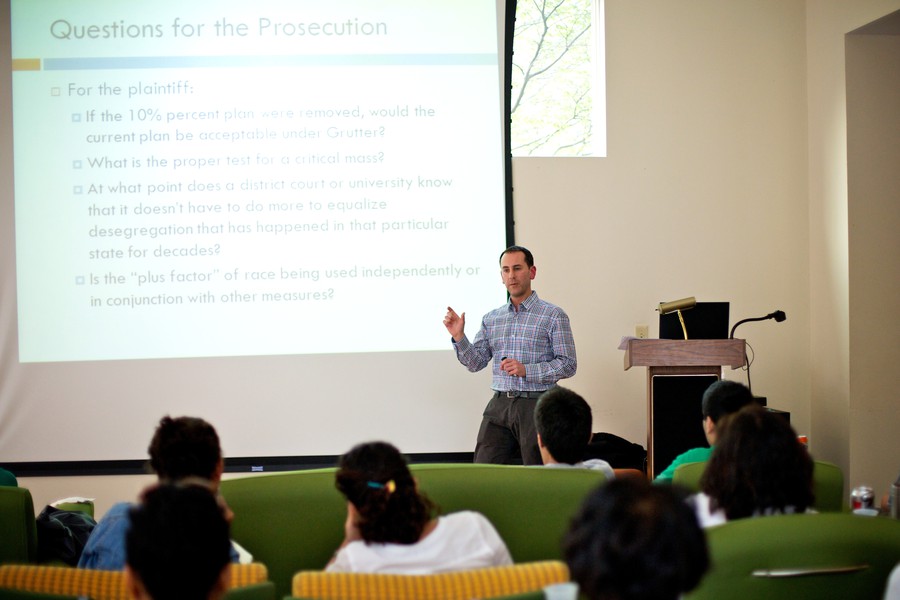 In light of the upcoming Supreme Court case Fisher v. University of Texas, Loyola University Professor Mark Engberg stressed the social and educational vitality of affirmative action and warned about the consequences of a potential overturning of the policy at an Office of Multicultural Student Affairs (OMSA) event on Wednesday night.

In 2003, the United States Supreme Court ruled in Grutter v. Bollinger that the University of Michigan Law School’s admission policy supporting affirmative action was constitutional. While this case set a precedent for admission policies across the nation, this race issue resurfaced in 2008 when two white women, Abigail Fisher and Rachel Michalewicz, claimed that the University of Texas at Austin denied them admission on the basis of race. In February 2012, the Supreme Court decided to consider the case.

Additionally, he said that if there are severe restrictions to affirmative action, “we are going to see a very different picture that does not make sense...Maybe this will galvanize people to stand up and shout to change things.”

After the talk, students broke up into sections to discuss the issues raised in the talk. Third-year Ifedayo Ajiboye and Organization of Black Students President Clarence Okoh, also a third year, both stressed the necessity of affirmative action.

“Affirmative action has more of a function than replicating the diversity of America. It helps people get on their feet. No one is born and simply makes it,” Ajiboye said.

“People have different circumstances and we should evaluate students based on that,” Okoh added. “Diversity is a self-perpetuating process. If we stop our efforts to help diverse interests be heard, they will stop being heard.”

The event was organized by OMSA and the Black Law Students Association.