The Green Line, CTA buses, and the Metra can reach popular Red Line destinations, but students should account for extra travel time and more crowded conditions than usual. 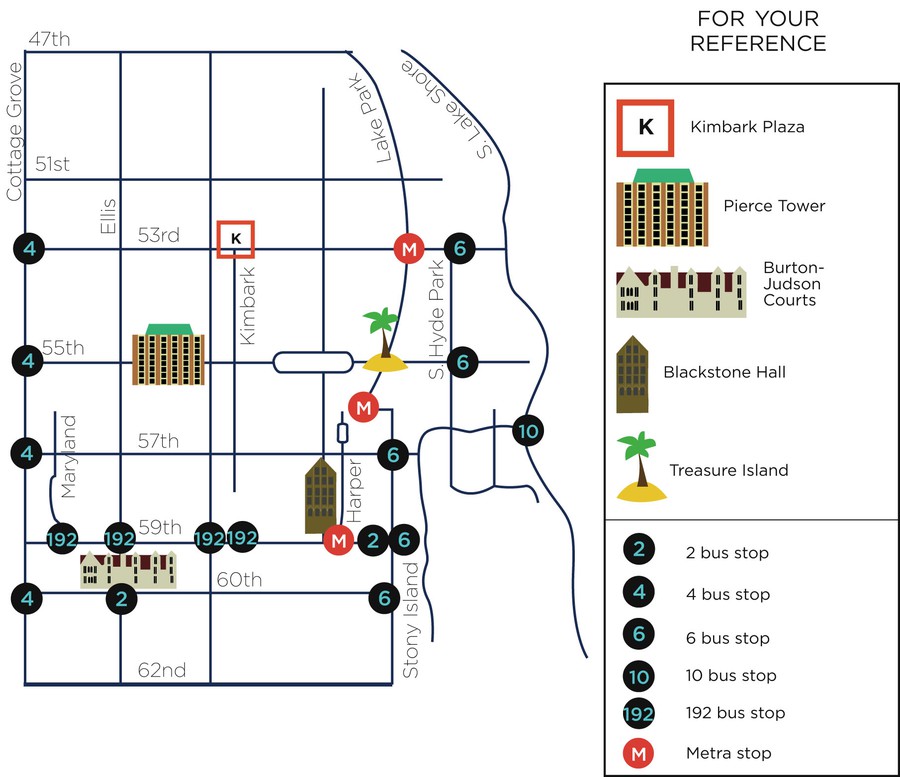 Sunday marks the first day of the Red Line closure, shutting students off from one of the major transportation options to weekend favorites like Chinatown and Roosevelt Road.

While the Chicago Transit Authority rebuilds the 40-year-old tracks along the Dan Ryan branch of the Red Line between the Cermak/Chinatown and 95th/Dan Ryan stations, Red Line service south of Roosevelt will be nonexistent. Construction will begin at 2 a.m. on Sunday and continue until the track reconstruction is completed in October.

According to the CTA website, free nonstop shuttles will run between the Garfield Station and every closed station between 63rd and 95th/Dan Ryan. In addition, a free shuttle will provide nonstop service between the Roosevelt station and the closed Cermak-Chinatown station.

But since these shuttles will do little to ease the plight of Hyde Park residents, enter the Maroon’s guide to transit alternatives that can help you get to some common Red Line destinations. In general, alternative routes may be more crowded than usual, and the CTA advises passengers to allow for extra travel time. For more information and service alternatives, visit redlinesouth.com, which includes a trip planner to help users find customized alternative routes.

Your Guide to the Red Line Closure

Chinatown: Take the #4 bus to Michigan Avenue and Cermak Road. Walk south on Michigan, turn right on Cermak, and walk half a mile until you reach Wentworth Avenue. You should find yourself at the Chinatown Red Line station.

Roosevelt Road: Take the Green Line from either 63rd Street and Cottage Grove Avenue or the Garfield station (via the #55 bus) to the Roosevelt “L” stop.

The #4 bus will take you to Michigan Avenue and Roosevelt Road.

The Metra train from the 55/56/57th Street station makes a stop at Museum Campus/11th Street.

U.S. Cellular Field: Take the #55 bus to Racine Avenue and Garfield Boulevard. From there, get on the #44 bus and ride it to Wallace Avenue and 37th Street. Walk east for half a mile.

Take the #4 bus to 35th Street and Indiana Avenue and walk west for one mile.