The Promontory, the Hyde Park branch of Longman & Eagle, will be opening soon. 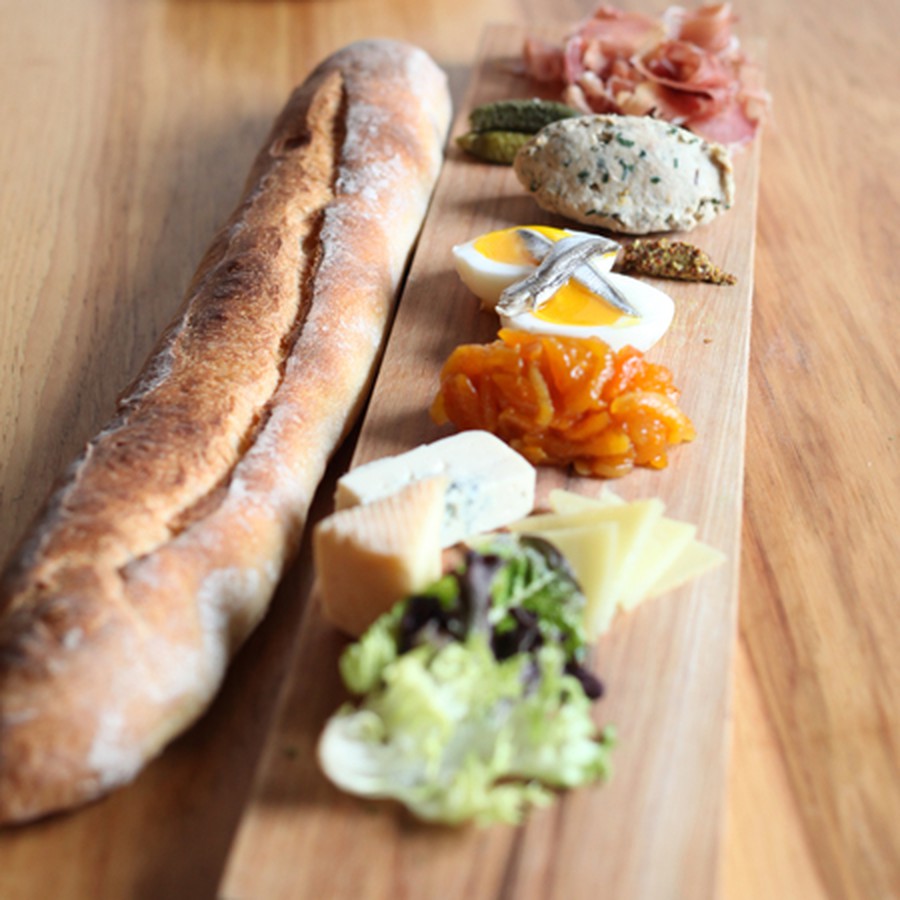 Courtesy of Longman and Eagle

“Serve your amuse-bouche on a spoon. Even if it misfires, you’ll land yourself a Michelin star.” Surely you’re familiar with this time-honored adage. Perhaps one day it will be emblazoned upon House Longman’s royal seat at Logan Square, displayed proudly alongside their noble Eagle. But until Chef-Lord Jared Wentworth decrees it so, a nebulous word cloud of “local, organic, sustainable, nose-to-tail, globally-inspired-American” will have to suffice.

Lame maxim aside, Longman & Eagle (ampersand, please) is a North Side—and greater Chicago—landmark, a paragon of the gastropub form that has swept through this city like a delicious disease. However, unlike other hunter-gatherer restaurants, Longman bears the added distinction of Michelin approval; its one star is indicative of “very good cuisine in its category.” Not that Longman is exactly hankering for the recognition attached to the honor, as evidenced by the placement of its plaques atop the highest reaches of the whiskey bar.

Fortunately, two years running and the Longman team is not allowing the culinary stardom to get to its head, though the dishes that emerge from the kitchen still glimmer and glow amid the perpetual dusk of the interior. A cursory glance at the primary ingredients at play may cause you to gasp, “Loins, and tartares, and boars...oh my!” but on the whole, nothing is too intimidating or challenging. It’s “comfort” food in the comforting sense, and the menu is straightforward in its divisions—Bar Snacks, Small Plates, and Large Plates.

I can’t say the Bar Snacks are particularly “snackable,” but go ahead and order them as appetizers. The Slagel Family Farms meatballs have texture and provide resistance to the bite, rather than being some emulsified mess that cleaves as soon as you rest a knife on top of it. Same goes for the luxuriant pesto and polenta base: Longman knows that you probably have a bland-polenta-induced fever, and that the only prescription is more cow cheese—in this case, a lovely fonduta sauce. It’s a small but mighty dish: again, not really a bar snack, but a meatball by any other name would taste just as suh-weet. Unfortunately, the venison pâté is not quite as praiseworthy. As a standard pâté, it’s absolutely fine; as a venison pâté, conjuring images of a wild hunt, it under-delivers. At least the pickles are nice.

Though the Michelin brand has recently sought to shun the elitist associations its reviews carry, the Small Plates at Longman hew close to the refined sensibilities of the Michelin tradition. That is to say, the food is small and the plates are large, as are their corresponding price tags. Then again, the level of craftsmanship and presentation on display is a legitimate reason to eat my words. A bacon-wrapped rabbit loin is the foundation of a classic version of an already deconstructed classic. Whoosh That’s some mind-blowing meta-cooking shit right there. The dish is a play on pot pie, right down to the puff pastry slabs, caramelized root veggies, and gravy-sauce hybrid, the main carrier of flavor. It’s fatty and rich and tasty and all that jazz, but there’s a reason the gravy is hidden under a layer of dough. Sometimes beauty is flaky-crust thin. On the opposite end of the heartiness metric lie the refreshingly non-carnivorous ricotta gnudi. Gnocchi’s nimble, elegant cousin, the five marble-sized orbs are so fragile that slicing into them seems a culinary crime akin to clubbing a baby seal. Then again, baby seals don’t pair wonderfully with artichokes, fava beans, and black garlic puree.

Many of the dishes at Longman come with more than a little assembly required in order to obtain an optimal bite, but it’s worth the effort. From the Big Plates, the special was a Pressed Pork Shoulder, prepared with a quasi-Mexican flare that also emulates Chicago’s indigenous jibarito sandwich. The jibarito substitutes crispy plantains for bread. Longman takes this theme and runs with it: A block of pulled pork is graced with plantain chips, hominy, cilantro gel, and pickled vegetables. Hominy and I make pretty good company—especially when it’s this well prepared—and the pork itself is made with a touch of modernist technique. Greater than the sum of its parts, the pork is cooked, pulled apart only to be reassembled, and then crisped up to make a nice crusty edge. It’s better, smokier, and fattier than it was before.

Post pork consumption, I was struck by the question of how much added value, taste-wise, an exotic animal contributes. So, to rephrase my earlier sentiment, “Loins, and tartares, and boars…but why?” There’s certainly an inherent sense of excitement and adventure in eating unconventional, or uncommon, forms of protein—but maybe there’s a reason why we don’t consume wild game on a regular basis, beyond the fact that the only hunting or foraging most of us do is confined to the frosty hinterlands of the refrigerator. My meal was ceremoniously capped off with Longman’s famous Wild Boar Sloppy Joe. Accented with fried sage, onions, and an entire pickled jalapeno, it’s hard to put down. Literally. Once you start eating this sandwich, God forbid you pause for breath, or else the whole assembly will come crashing down. But damn, it’s good, even if the spice blend is so pungent that you could substitute raccoon meat for boar and get the same result.

I started my meal at Longman & Eagle with a mushroom gelée and sea bean amuse, and concluded with beef fat fries slathered in ketchup. The discord between the two speaks volumes. What Michelin-starred establishment has the cojones to even make this attempt? It’s amazing how such a small space can appeal to such a vast diner demographic and can be a purveyor of truly “eagle-itarian” fare. In fact, this Eagle may soon be landing in Hyde Park, the logic and logistics of which confound me. The new restaurant is part of a recent wave of Hyde Park gentrification—or is it re-gentrification at this point? Actually, “gentri-fauxcation” is the operative term here, or the delusion that a liberal seasoning of North Side businesses—Five Guys, Clarke’s, Akira, Kilwins—will create equilibrium among the tyranny of Thai and mediocrity of the Med currently on display. But I do believe in miracles, especially of the culinary variety, and if the protégé of Longman & Eagle, tentatively dubbed “Promontory,” measures up to even a decile of the sensei, then there’s hope yet for Hyde Park.