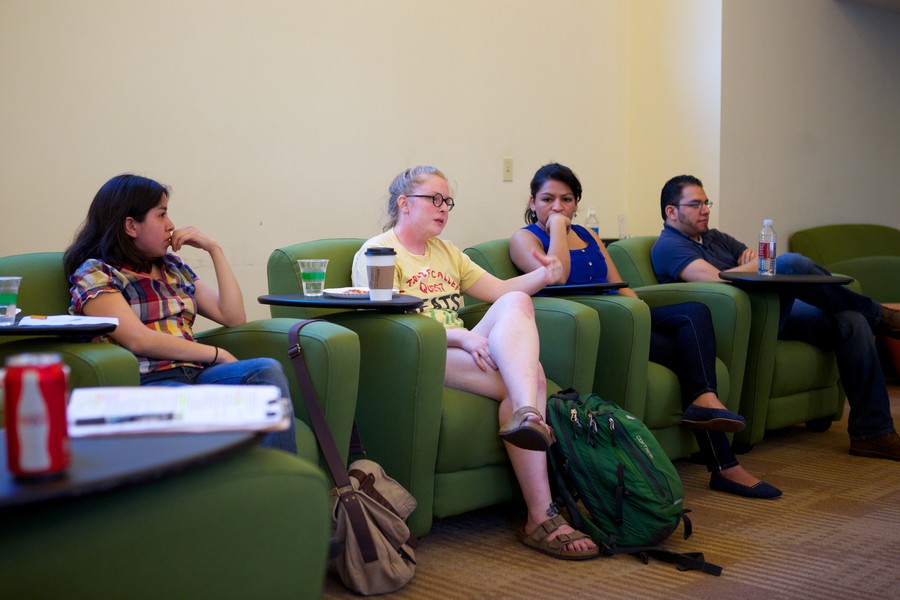 Four undergraduate students discussed the challenges they face in college and the changes they feel are necessary to create a welcoming environment for low-income and first-generation students. The panel was hosted by the Socioeconomic Acceptance and Diversity Alliance (SADA), which will become an RSO next fall, at OMSA on Thursday night.

Third-year Liz Denhup shared the difficulties she experienced in balancing classes with a job. Originally intending to major in chemistry, she had to change her plans after she began working 10 to 15 hours a week in order to cover basic expenses like food and textbooks. After illness led her to miss several weeks of work, she approached Associate Director of Financial Aid Phyllis Franks about her situation. Denhup claimed that Franks responded by telling her that “financial aid was not designed for students with incomes as low as yours.”

The founding members of SADA also started the Class Confessions Facebook group. Fourth-year Cynthia de la Rosa, the panel’s moderator, said the student response to the prospect of establishing a dialogue about social class issues on campus was “overwhelmingly positive.”

In an interview with the Maroon, de la Rosa outlined the three main goals of SADA. The first is to advocate for more resources for low-income students, like hiring an advisor specifically to work with low-income and first-generation students. Secondly, the group hopes to create a social venue that brings together struggling low-income students from programs like QuestBridge and recipients of the University’s Odyssey Scholarship. The group’s third goal is to begin visible, campus-wide discussions on socioeconomic class.

In comparing UChicago with other elite institutions, including Princeton, Harvard, and MIT, Lopez said that resources for low-income and first-generation college students were lacking at all the schools but that the other institutions were starting to address issue through support groups and mentoring programs.

“The University has done a lot in recent years to bring in more low-income students, but this effort has to be connected with ways to make that experience better once they’re here,” Lopez said. “Recruiting is only the first step.”