Athenas too strong for Chicago in NCAA quarters 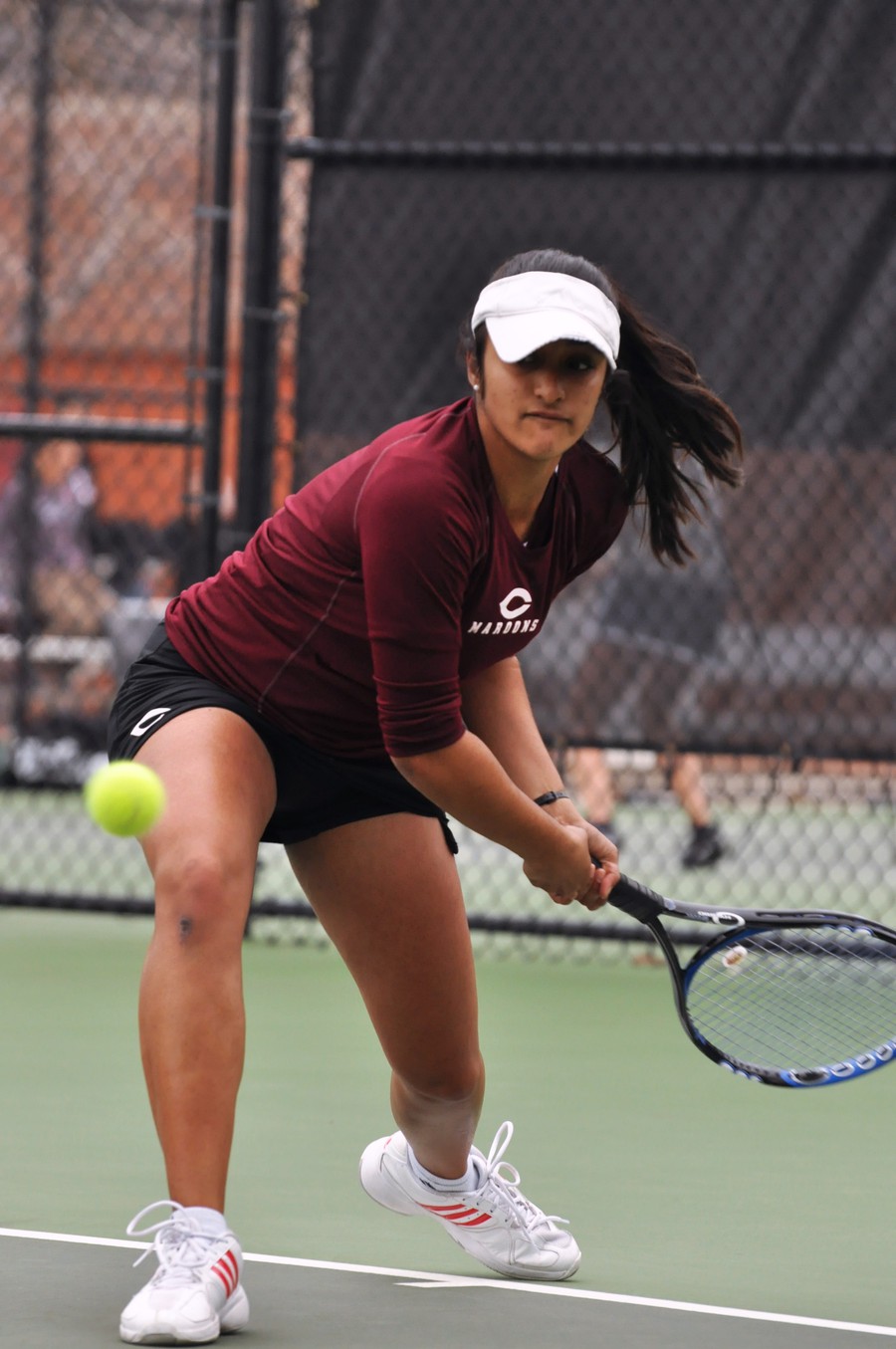 The Maroons had to have the momentum going into singles in order to reach their fifth straight semifinal appearance.

Unfortunately, momentum was on No. 2 Claremont-Mudd-Scripps’ (31–0) side as the Athenas took an early 2–1 lead.

Claremont–Mudd–Scripps did not lose steam, defeating No. 8 Chicago (18–6) 5–1, ending another incredible Maroon season.

The Athenas’ first point of the semifinal came at No. 2. Second-year Megan Tang and first-year Helen Sdvizkhov were down 7–0, took two games, but ultimately lost 8–2 to Kristin Lim and Caroline Ward. Lim won the 2011 NCAA DIII Singles Championship.

“[Tang and Sdvizkhov] were out-talented,” head coach Jay Tee said. “There wasn’t much we didn’t try to try to get the score closer.”

“We lacked some intensity there and some aggressiveness. For the first six games we were right there, we were doing all the right things, stepping through the middle, hitting the returns, hitting first serves,” Tee said. “Our energy level dropped, and our play dropped as well. That three-game lull was enough to put that match out of reach.”

Chicago avoided being swept in doubles through sharpness from the Second Team All-UAA No. 3 tandem of second-year Maggie Schumann and first-year Sruthi Ramaswami. The pair took a 6–3 lead and with the game close at 7–5, Ramaswami held serve to put the Maroons on the board.

“Their games just translate very well to pressure situations,” Tee said. “They don’t try to improvise; they just do what they’re told to do over and over and over again.”

Even though the Maroons return almost all of their young lineup, they will be without Li next season. Li finished her career as a Maroon with a 68–24 mark in singles and 82–26 record in doubles.

In a season where three players left due to graduation and a new coaching staff took over, it is hard to say that the Maroons did anything but overcome adversity this year.

“We’re really, really happy with this season,” Tee said. “I don’t think the expectations this season were very high for us, so just to get back to the elite eight…what a great accomplishment, but that being said, we’re not happy finishing eighth or seventh. Obviously ,our goal is to finish first.”

For two Maroons, however, the season is not quite finished. Tang and Sdvizkhov will end their seasons at the Individual NCAA Championships. Tang will compete in singles and doubles, while Sdvizkhov will play with Tang in doubles. Action begins this Thursday in Kalamazoo, Michigan.