As Brizzolara, Whitmore close out careers, Bennett just getting started 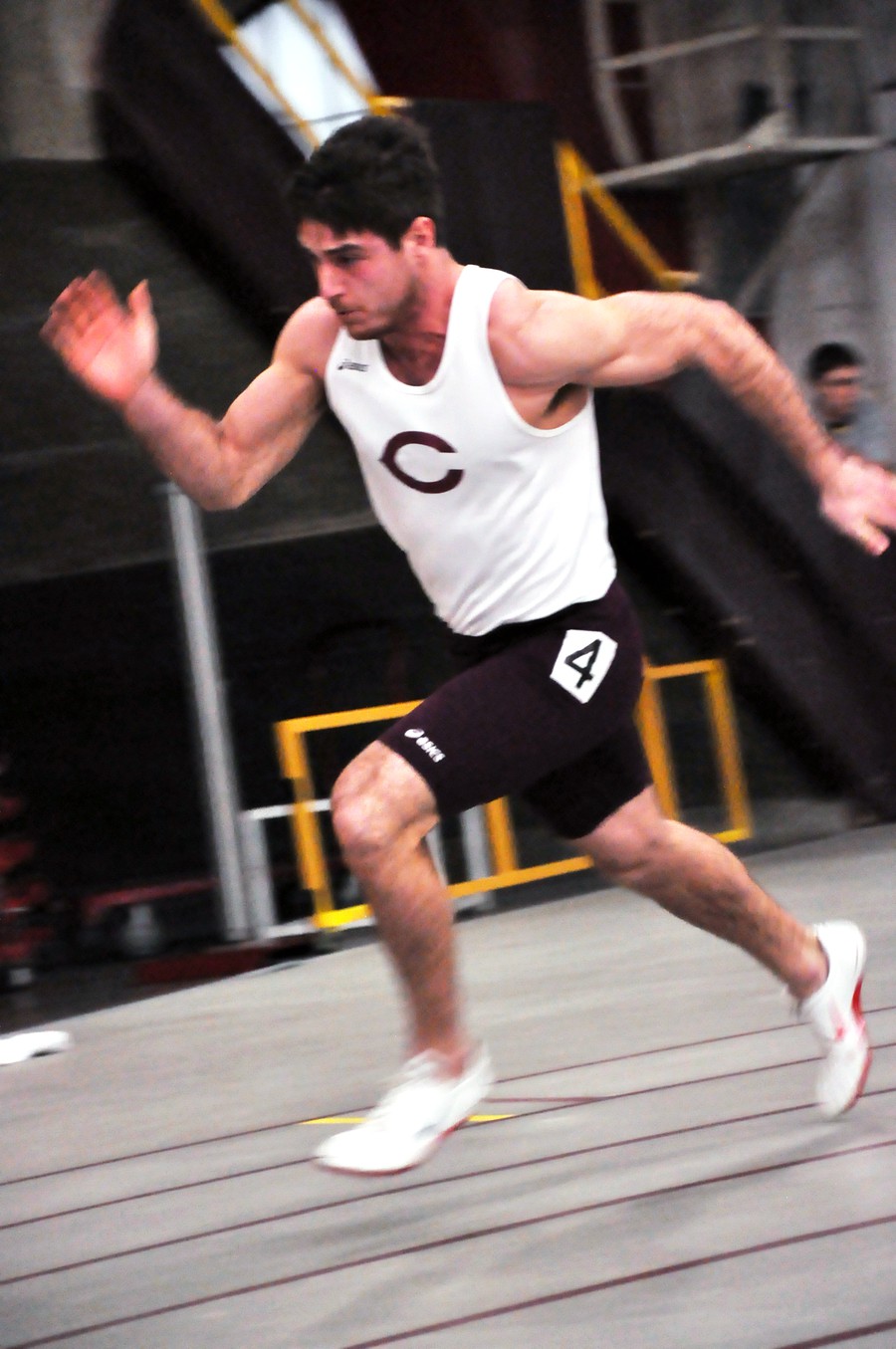 This NCAA weekend will be more important than most for the three Maroons competing. It is a weekend that will see the end of two long and successful careers and hopefully jumpstart another.

Yesterday, fourth-year sprinter Dee Brizzolara competed for the final time in his college career at the NCAAs in La Crosse, WI. He raced in the 200m, finishing  11th place at 21.69s after coming in as the 18th seed.

“Dee ran great. He ran his lifetime best time,” head coach Chris Hall said. “I think it’s hard being at your first national meet, pressures that go with it. He ended up in a [bad] lane, but he didn’t care. I think he feels good about his effort. I’m proud of the way he competed today.”

Unlike for many athletes, the realization that he won’t be able to compete at the college level again hit Brizzolara even before the race.

“I actually cried today about four hours before my race because I didn’t want to run it,” he said. “I just didn’t want this to end, and it was really upsetting that after today I am no longer a collegiate athlete.”

Fourth-year distance runner Billy Whitmore is awaiting his final collegiate competition as well. He will run the 5,000m on Saturday.

It’s never easy losing such impactful contributors as in Whitmore and Brizzolara, but Hall remains optimistic.

“We’re always sad to see our seniors go, but that’s just the cycle of the sport,” he said. “We’re excited they’re at the national meet, that they can be here and enjoy it. We’re feeling good going into next year, though. We’ll certainly miss [the seniors], but there are seniors every year.”

Bennett was the only first-year of the 20 qualifiers in his event, entering with a height of 4.81m.

Those heights translate to 4.75m and 4.60m, slightly lower than Bennett’s best vault this season.

This experience will undoubtedly boost Bennett’s confidence and give him an extremely meaningful experience to build on for the rest of his college career.

“I think just the experience of being here as a freshman, there’s a lot of nerves being at the national meet the first time, and to get those out of the way is a great learning experience,” Hall said. “I know he’s excited to be here and I think it’s been a great week.”

Attention now turns solely to Whitmore, the only Maroon on the men’s side yet to compete. The fourth-year will be looking to finish inside the top eight and finish his career as an All-American, an honor he has previously received in indoor track and field and cross country, but never at the outdoor championship.

Whitmore is currently ranked 20th in the nation, but don’t expect that to put him off as he looks to end his career in style.