Tang and Sdvizkhov end their seasons in the first round of NCAA Individual Championships. 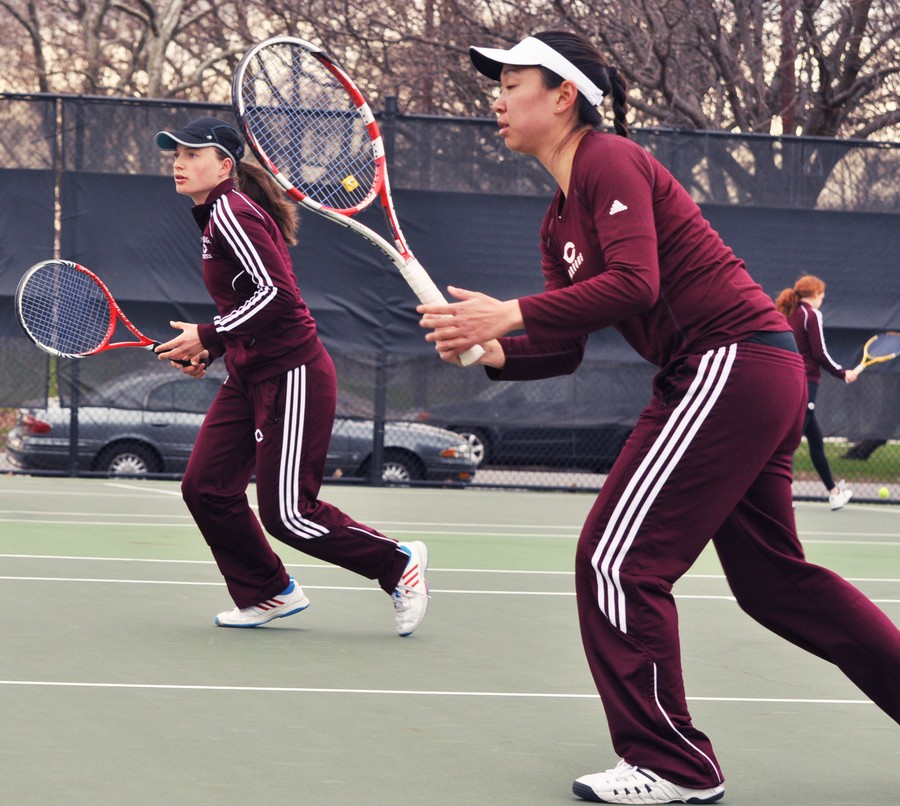 In a mere two years at Chicago, Megan Tang has been faced with an overwhelming amount of adversity.

Not only has she had to take over the top singles spot for the Maroons that was previously held by an All-American and NCAA national champion, Kendra Higgins, but she has also had to face the nation’s top players throughout the year as an underclassman.

Through all of this, Tang has been a proven contender all season long with a 28–4 singles record and 15–6 doubles record. Still, Tang’s past success was not enough to get her past the first round of the Individual Championships in singles, as the No. 4–seed lost to unseeded MIT third-year Lauren Quisenberry 6–2, 6–1 on Thursday. In doubles, Tang, along with fellow No. 4 seed first-year Helen Sdvizkhov, lost to Williams’ Rebecca Curran and Kara Shoemaker 6–1, 6–1, ending the Maroons’ stellar season.

Without having previously played Quisenberry, the Chicago second-year did not know what strengths and weaknesses to expect going into the match.

“I’d never even heard of her, so I had no idea who she was or really how she played,” Tang said.

Quisenberry overwhelmed Tang with powerful and accurate first and second serves combined with a force of a forehand. Tang was unable to drive the ball to the MIT third-year’s backhand.

“She would pretty much run around everything and hit with her forehand and dictate points,” Tang said. “I didn’t think the match was going to be easy, but I didn’t expect her to play as well as she did.”

Tang said she felt ill-prepared to play a hard-hitter.

“I haven’t had good enough practice, I think, against those types of players because they hit the ball really hard, and I haven’t played people like [2012 NCAA singles champion] Gabby [Clark], [2011 NCAA Singles Champion] Krystal [Lim], or [Quisenberry] in practice, so I’m not as prepared to play against people that hit with that type of pace,” Tang said.

But it was not just Quisenberry’s strengths that gave Tang problems. The Maroon felt added pressure being seeded.

Tang was also the fourth seed in doubles along with Sdvizkhov. The team had a daunting task going against the No. 1 pair from the National Champion Williams squad.

Still, it was a time for Chicago to let loose.

Unfortunately, the mentality was not enough for the Maroons, as they won just two games in the match.

“I thought we could have done a little more, taken a few more chances…maybe sacrificed consistency for a few more errors to be more aggressive,” head coach Jay Tee said.

Even with Chicago’s season ending on losses, Tee continued to enrich a team that did not have many expectations after its success last year.