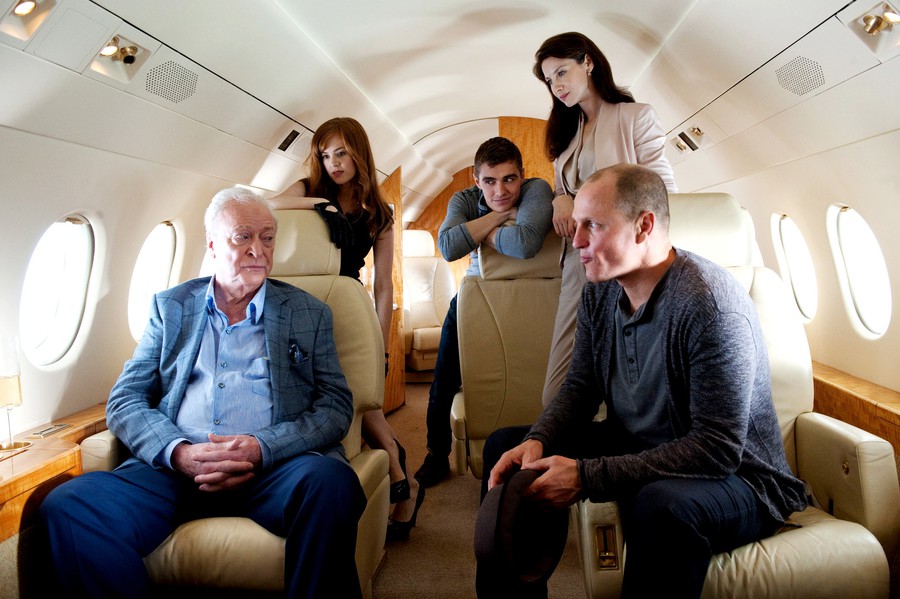 Behind the fabulous flash of magic and the smirking faces of pompous magicians, there is a grand trick waiting to amaze. Opening on May 31, Louis Leterrier’s Now You See Me is a fashionable and modern magic show in itself. To my satisfaction, what I knew would be a hit-or-miss movie turned out to be a hit. Movies about magic and illusion are often fascinating to begin with, but Now You See Me is surely one of the better ones I’ve seen thus far.

The film shines with phenomenal performances by its lead actors. Jesse Eisenberg is as smart and witty as ever; Isla Fisher is cute and fierce; Woody Harrelson, mean and frank; and Dave Franco, adorable and bursting with star potential. And everyone probably agrees that little to nothing can go wrong when Michael Caine and Morgan Freeman are on the team.

Mark Ruffalo (aka the Hulk) is incredible as the FBI agent who chases a band of bank-robbing magicians, trailing them closely, but of course, always one step behind the game. His love interest, played by the Inglourious Basterds heroine Mélanie Laurent, is a French Interpol agent who partnered up with Ruffalo as a detective. Their clashing personalities spark on screen, adding a dash of romance to this surprisingly action-heavy picture. I would have to argue, however, that the love-hate relationship between Eisenberg and Fisher is much more compelling, so much so that it overshadows what should be the film’s central love story.

It’s not as though there are only a few movies centered on magicians, and it is easy to compare Now You See Me to other films of this genre. While it is similar to The Illusionist (2006) and The Prestige (2006), these two acclaimed magic movies hover under a dark fog with a little more fantasy and deeply grim plots. By contrast, Leterrier’s film stays in the light without the overwhelming emotional gravity—it remains sprightly, fun.

At times, this movie also reminded me of the Ocean’s series; it tends to be light and witty, with great actors, great lines, and a few great robberies. What the Ocean’s trilogy does not have, however, is cinematographer Larry Fong’s arresting visuals of Las Vegas magic shows and heart-racing car chase sequences.

The term “trendy” is suitable here. Now You See Me has what a modern, of-the-moment audience wants in a movie: First, it has the wits. Casting Eisenberg was a master stroke—every line he utters seems to speak from a place of intelligence. Wisdom radiates from his facial features. Most of the screenplay is smart and well-thought-out as well.

The film also has the requisite hyper-polished, glossy look modern audiences demand of their blockbuster entertainment. This visual style renders the magic, or so-called “misdirection,” as it’s oddly termed in the movie, believable and authentic. Whether the magic is simply a conglomeration of misdirection or not, it seems almost supernatural and makes the viewer want to believe in it.

Last, and most important of all, is the action. As unexpected as they are, the action scenes are delightful and keep the audience on the edge of their seats. These moments of sleek action are modern and like other energetic blockbusters. And who doesn’t love a good thrill from cars tossing and crashing on a highway?

If there is one thing lacking in the film, it is that the ending could have been more powerful. Yes, there is a plot twist, and yes, it is unforeseen, but I can’t quite determine for myself if it is unexpected in a good way. However, considering that movies centered on magic usually have difficulty maintaining accountability for the inner workings of the plot, this one deserves credit for at least making sense of the complicated plot for the viewers.

While the movie is not perfect, the overall presentation is certainly enjoyable. It has a great mixture of a sensible plot, solid visuals, romance, action, and mystery—all of which combine to a good amount of fun and thrill. For those who are looking for good, lighthearted entertainment, this film will serve well.

Now You See Me, directed by Louis Leterrier, will be at AMC River East starting May 31.