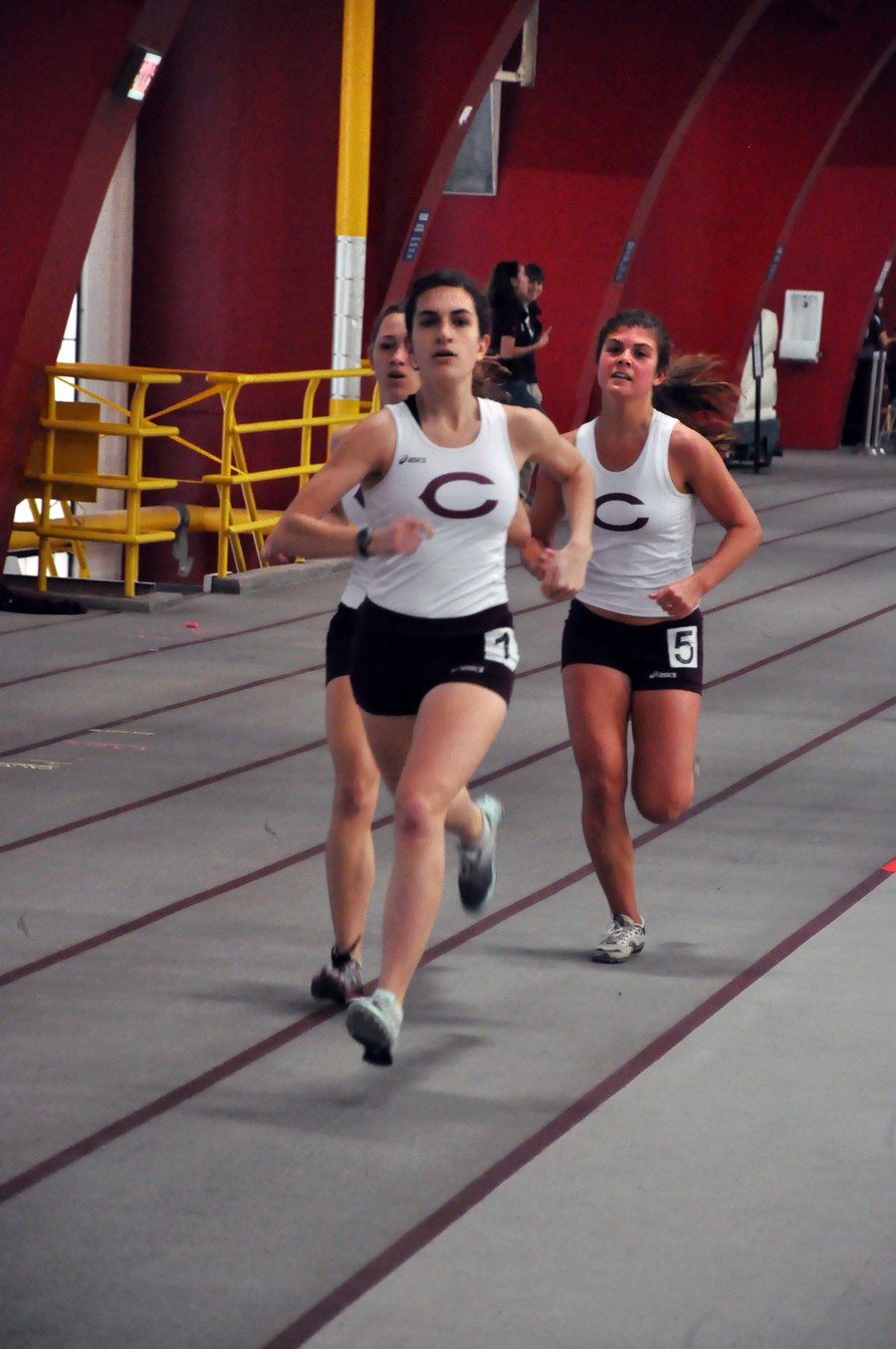 The Maroons may not have qualified for any relays at NCAA DIII Outdoor Track and Field Championships at the UW–La Crosse, but the squad will still witness a passing of the baton as fourth-year Julia Sizek, in her final collegiate race, competes alongside first-year Catherine Young, in her first national championship, in the 5,000m on Saturday.

That race will be Sizek’s second of the NCAA tournament after an impressive fourth place finish in the 10,000m last night. Sizek finished in a time of 35:54.67, just under 10 seconds behind the winner, Calvin’s Nicole Michmerhuizen.

The race was a slow one compared to the qualifying times of the competitors (Michmerhuizen has raced a 34:09.96 this year, and Sizek only improved her season’s best by around three tenths of a second). But Sizek will care little, as she secured All-American honors in outdoor track and field for the first time in her career. This result will come as vindication, too, after the fourth-year missed out on an All-American spot in the same event last year.

Make no mistake, this is an achievement to be very proud of for Sizek, but, such is her professionalism, any celebration will be set aside until after Saturday’s 5,000m final.

“I am very happy that me and Julia are able to run together and can train together,” Young said. “She is a great running partner and really inspires me in races.”

“Julia is always giving me advice and tips before races and even practices. She help[s] me with everything from workouts to training schedules to meet days. I am really grateful to have her as a teammate.”

Young is not the only one, however, looking forward to competing with one of her teammates. Sizek, with all of her experience, knows the advantages of having another runner on your side.

“There is nothing better than having a teammate in a race with you,” she said. “We will have the great opportunity to work together and push ourselves to our best performances.

“I don’t think that I am really a fountain of knowledge on anything, but I think that we have learned from each other. Catt has reminded me of how tenacity and heart count in both life and running,” said Sizek.

Young recorded her qualifying time earlier this month at the North Central Dr. Keeler Invitational in Naperville, IL, making her the fastest member of the UAA in the 5,000m this season.

“I don’t know if winning is in the cards, but I just really hope to not be scared to run my own race and do my best,” Young said. “I’ve worked hard throughout the season and I just hope it all pays off.”

Sizek was similarly philosophical about the prospects of a Maroon victory, noting “the strength of the field and the fact that [she] would have to run very substantial personal best times in order to win.”

“I think that my experiences over four years of collegiate running have prepared me for this moment,” said Sizek.

“I wouldn’t be able to pinpoint it to a moment, but can instead only say that it is a strange amalgamation of running in 98 degree 98 percent humidity weather (or, for that matter, -20 degrees with windchill), waking up to do what seems like an impossible run or workout, running alongside my teammates, and doing this again and again.”

Although both Maroons have performed exceptionally well in intra-conference play, each runner will face stiffer competition when racing beside the best of DIII. The top ranked DIII runner in the 5,000m, Taylor Berg from St. Thomas, MN, holds a qualifying time of 16:34.51, almost 23 seconds ahead of Young’s personal best and just under 26 seconds faster than Sizek’s.

Overall, this weekend proves to be an opportunity for both runners to compete against a challenging field, but also bond with teammates. As Sizek succinctly put it, “I am looking forward to hanging out with my teammates and competing against a great field.”