This Sunday, have a shot at love with tequilas Blanco, Reposado, and Añejo. 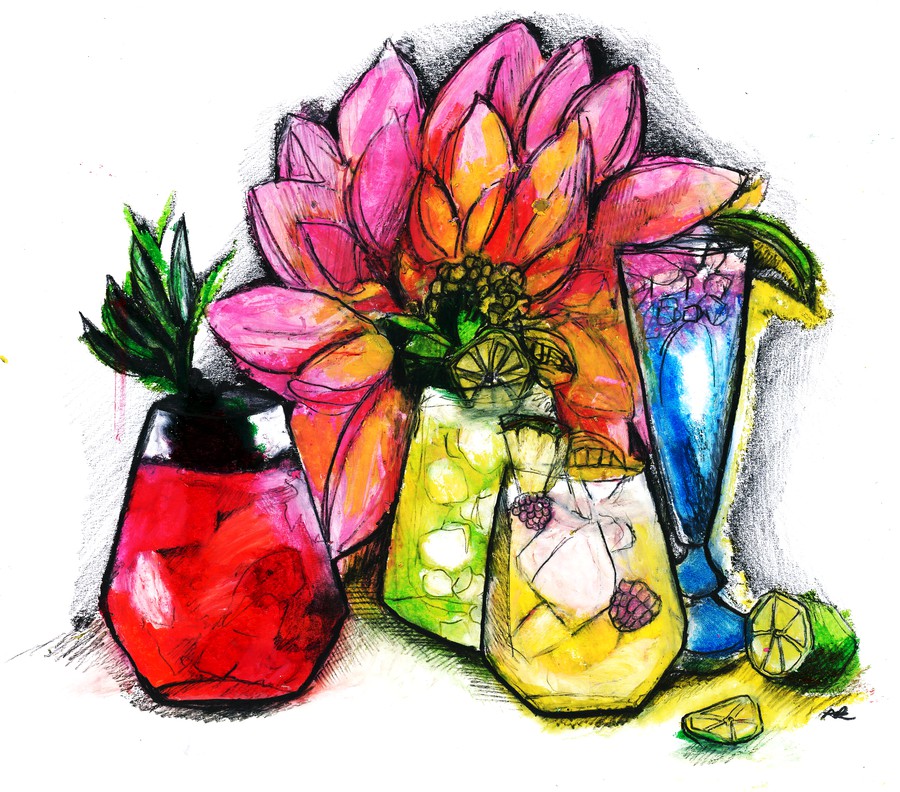 Cinco de Mayo is misunderstood. It is not Mexico’s independence day; nor is it a random day in early May to sit around drinking margaritas. Cinco de Mayo is arguably more American than Mexican and is a celebration of Mexican-American heritage and pride.

The holiday has its origins in the historically contested zone of the Southwestern United States and northern Mexico. After a series of conflicts effectively bankrupted the country in the mid–19th century, France, led by a certain diminutive and land-hungry emperor’s nephew, decided this would be a great opportunity to establish an empire in Central America. Landing in the port of Veracruz, the French troops were held up just outside the city of Puebla. In the ensuing battle, 8,000 French soldiers attacked the smaller and poorly equipped Mexican army. Miraculously, the Mexican army was triumphant and saved their country from the threat of French conquest. It would ultimately take a combined Mexican-American effort to defeat the French, but the Battle of Puebla would live on as a seminal moment in Mexico’s history.

Though the date of Cinco de Mayo marks the battle of Puebla, the character of the celebration is inclusive, and essentially celebrates Mexican heritage and Mexican-American cooperation, evidenced by the willingness of the United States to come to Mexico’s aid during this period of conflict. In the 20th century, Mexican-American communities in places like Los Angeles, Houston, and Chicago began observing Cinco de Mayo, and in 2005 Congress issued a concurrent resolution requesting for “the President to issue a proclamation...calling upon the people of the United States to observe Cinco de Mayo with appropriate ceremonies and activities.” Appropriate ceremonies and activities.... I think we all know what that means.

Given the holiday’s time of year, these three tequila-based cocktails seem like the perfect fit to enjoy alongside any jubilant celebration of Mexican-American heritage or appreciation for the historic cooperation between the United States and Mexico that has today been largely forgotten.

There are several varieties of tequila. Blanco is a clear spirit bottled immediately after distillation, and is the least aged of all tequila varieties. Reposado, literally meaning “rested,” is tequila aged for between two months and a year in oak barrels, giving it a slightly smoky flavor. Añejo, or “aged,” is tequila that is allowed to rest in oak barrels for over one year. Each tequila has its own strengths—Blanco, for example, is the easiest to mix in cocktails because it lacks a strong oak-aged flavor, while Añejo is the easiest to drink straight, because, like whiskey, the aging process infuses the spirit with a delicate flavor.

2 parts Jarritos, Sprite, or other soda

The Paloma, Spanish for “dove,” is the most popular tequila cocktail in Mexico. In a cocktail shaker, add tequila, grapefruit juice, and ice, and shake or stir to the desired temperature. Strain into a highball glass (salt the rim if you’d like), add ice, and top with a splash of Jarritos, Sprite, or any other lemon-lime soda. You can also use club soda, a little sugar, and some fresh lime juice. Garnish with a lime wedge and enjoy. Grapefruit juice pairs wonderfully with tequila, and the soda adds sweetness.

The Tequila Sunrise, as commonly understood, is pretty much just tequila, orange juice, and grenadine, if you have it on hand. This utilitarian preparation is what gives the cocktail its bad name, because, more often than not, this drink shows up when those are the only two ingredients lying around. This version is a product of the Las Vegas bar culture of the 1970s (shudder), while the true tequila sunrise is actually a child of the early 20th century, the golden age of cocktails. This drink combines tequila with crème de cassis, a black currant liqueur, and fresh lime juice, with club soda to lighten the drink. Mix the tequila, crème de cassis, and lime juice in a glass; add ice; and top with club soda to your desired dilution. Garnish with a slice of lime and enjoy while you watch the sun rise.

Jarritos, Fresca, Sprite, or other soda

This drink is like a cross between a Bloody Mary and a margarita. It’s definitely got a kick, so go easy on the Cholula if you want to keep things chill. In a cocktail shaker, combine the tequila, tomato juice, and lemon juice, and add ice. Add Cholula to taste. When you’re satisfied, transfer to another glass and top with a layer of lemon-lime soda. Make sure there’s lots of ice and a lemon wedge, and you’re good to go. Spicy, tart, and sweet, this drink is great any time of day.

Note: A margarita is not included here, but for those interested, a version with mezcal can be found here.