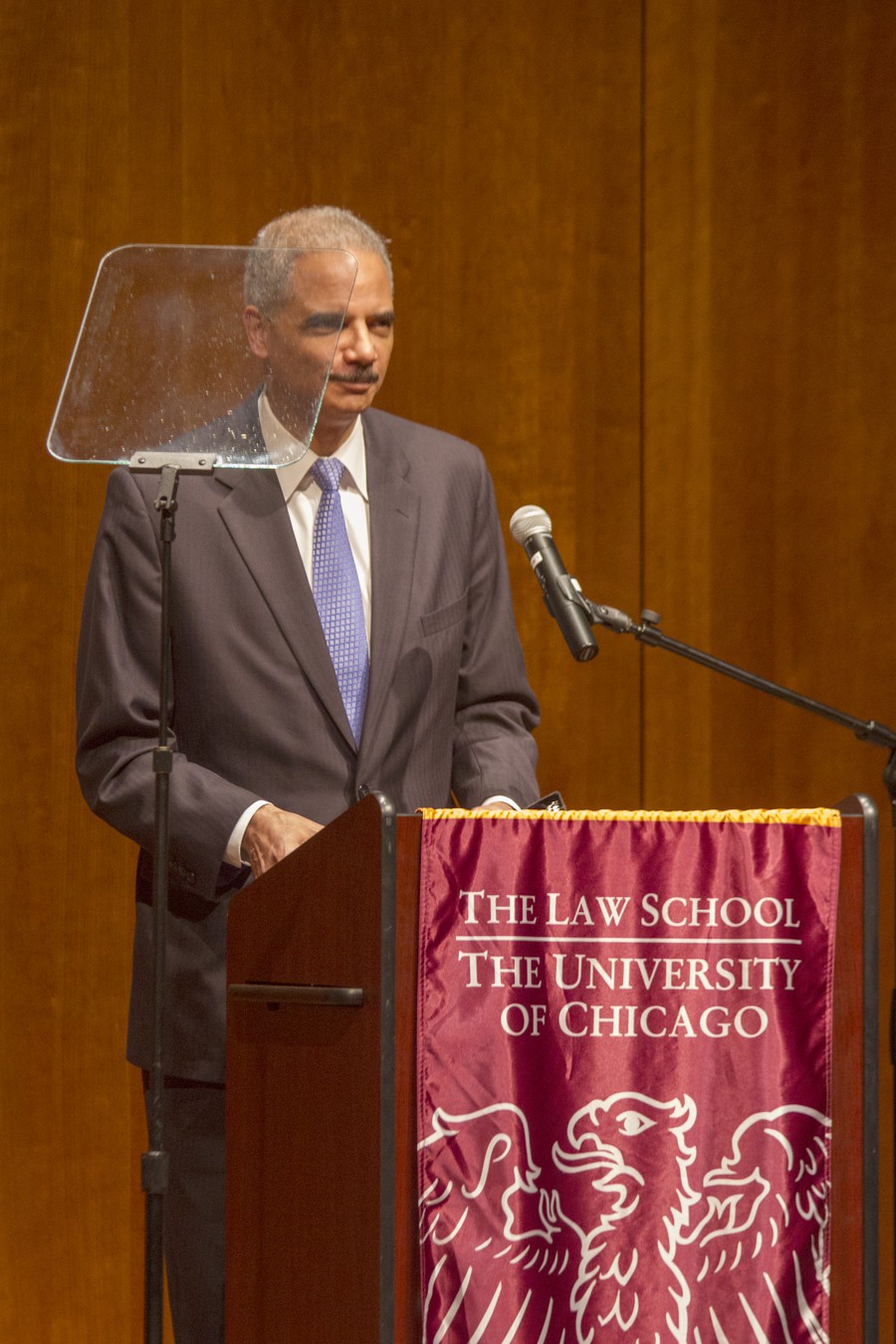 Attorney General Eric Holder made history in 2009 when he was confirmed as the first African-American U.S. attorney general. While serving in the Obama administration, Holder led the attempt to try one of the alleged architects of the 9/11 attacks in civilian court, was behind the lawsuit against Arizona’s controversial immigration laws, and recently announced that the Department of Justice would cease defending the Defense of Marriage Act. On Tuesday, Holder introduced a panel discussion celebrating the legacy of Edward Levi, a former United States attorney general and University president, at the Logan Center for the Arts. Before the event, he sat down with the Maroon to reflect on the demands of the job of attorney general, the role of the Justice Department, and the legacy he hopes to leave.

Chicago Maroon: What do you think Mr. Levi’s greatest contribution to the role of attorney general was, and how has that affected your tenure?

CM: Former Attorney General Robert Kennedy once said: “Every time we turn our heads the other way when we see the law flouted…we strike a blow against freedom and decency and justice.” How do you view the attorney general’s role in protecting and promoting civil rights?

EH: There is a lot wrapped up in what Attorney General Kennedy said there. I think we have a responsibility to protect the most vulnerable among us. It’s a primary function of the Justice Department, and we do that through our civil rights division; I think what Attorney General Kennedy says there is that when we turn away from doing the things that we are expected to do in the Department, the American people suffer. We are not being true to our oaths.

CM: What is the significance of being the first African-American to be appointed attorney general?

CM: How do you think your perspective is unique?

EH: I think you have to look at the time in which I grew up. I was born in 1951, so I was witness to the civil rights struggle, and I saw the sacrifices that people made in getting the 1965 Voting Rights Act to pass, the 1964 Civil Rights Act to pass. I saw people give their lives so that I would have the opportunities that I am now taking advantage of with the President, and that he is taking advantage of. So I think there is a connection between me and those people, and a responsibility that I have to pay homage to the sacrifices that they made, do as good a job as I can, and do the job consistent with what their thought was in fighting for civil rights.

CM: What legacy do you hope to leave as attorney general?

EH: Well, I would like to hope that people will think of me in much the same way that they think of him [Levi]. I think I encountered a Department that had had some problems, and I hope that we dealt with those issues to put the Department back on the right track. And I also hope that people will think that during my time as AG, we decided matters on the basis of the facts, the law, irrespective of whether the positions we’ve taken were the popular ones. We’ve been criticized a lot with some of the decisions I’ve made, but I’m convinced that the decisions were grounded in things that Edward Levi taught me as a young lawyer.