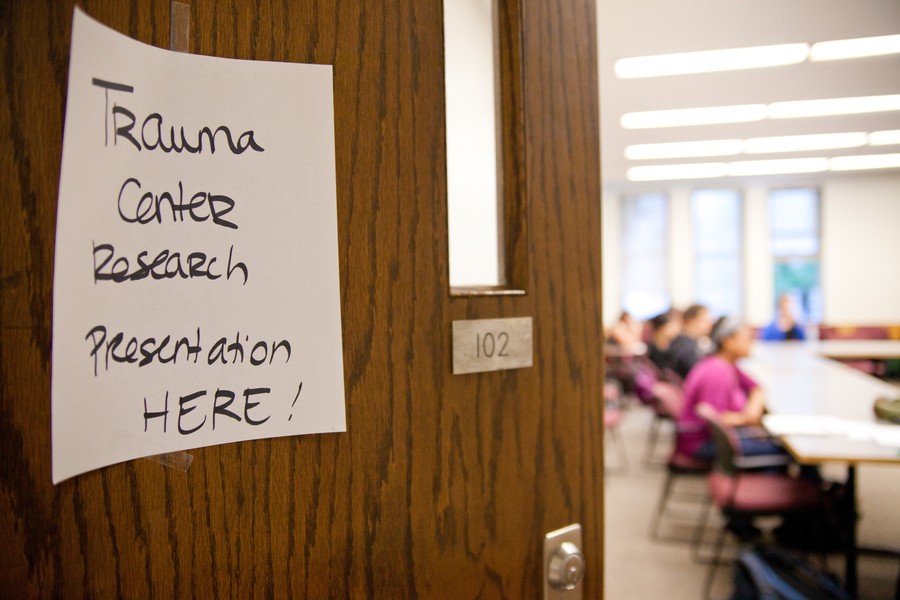 Dean Kenneth Polonsky of the Pritzker School of Medicine defended the lack of a trauma center at the University of Chicago Medical Center (UCMC) in a public meeting held in Ida Noyes Hall on Tuesday. During the event, billed as a “Dialogue on Health Issues and Trauma,” Polonsky asserted that the University cannot open a trauma center but would consider working with other hospitals to open one elsewhere on the South Side.

Polonsky stated several times that the University does not have the resources to operate a trauma center by itself.

“We are at 100 percent capacity in our emergency room and our in-patient services. So if we were to become a Level 1 trauma center, it’s not ‘in addition to’: it’s ‘instead of,’” he said. Polonsky mentioned work on cancer management and some surgical procedures as areas that would be constrained if the University were to open a trauma center.

Members of the activist groups Students for Health Equity (SHE) and Fearless Leading by the Youth (FLY) rejected Polonsky’s reasoning during the question-and-answer session.

“Your two main arguments are that you can’t afford a trauma center, and that there’s not a need. But FLY has been able to prove that both are indeed false,” said high school student Victoria Crider, a member of FLY. She argued that state and federal funding would be adequate to support a center and cited research correlating mortality rates to the time spent traveling from the site of a gunshot injury to a trauma center in Chicago. The study, which SHE members also referenced in a press conference they held prior to the event, was done by Northwestern trauma surgeon Marie Crandall.

In response to Crider and others, Polonsky said he was open to working with other organizations to bring a trauma center to the South Side.

“We’d be happy to think about how we can collaborate with any other organization to help set up a Level 1 trauma center, but at least on the adult side, this is not an area in which we have particular expertise,” he said. “At some level, another hospital has to take on the responsibility of running the center.” The UCMC provides pediatric trauma care for children under 16, but closed its adult Level 1 trauma center in 1988 after just two years of operation because it was not financially sustainable.

Gary Merlotti, director of the surgical residency program at Mount Sinai Hospital, who helped create Chicago’s trauma network in the 1980s, expressed skepticism about Polonsky’s claim that another hospital on the South Side could house a trauma center.

“You and I both know that no hospital on the South Side has the necessary resources to be able to step forward and be the trauma center that’s needed. The only place those resources exist is at the University of Chicago,” he said.

As moderator Brenda Battle, vice president for care delivery innovation at the UCMC, tried to bring the event to a close, Southsiders Together Organizing for Power (STOP) member Alex Goldenberg (A.B. ’06), who was arrested at the protest at the Center for Care and Discovery on January 27, accused the University of not valuing the lives of blacks.

“The life that is being lost in this community is black life, and that’s one that is undervalued by this institution. I think it’s important to point out that if the people who are dying were white, in the same numbers that black people are dying, this University would have a trauma center,” he said.

Goldenberg’s outburst was met with a round of applause from some members of the audience. An activist from FLY then led a series of chants demanding that the University open a trauma center, after which the audience began to leave.