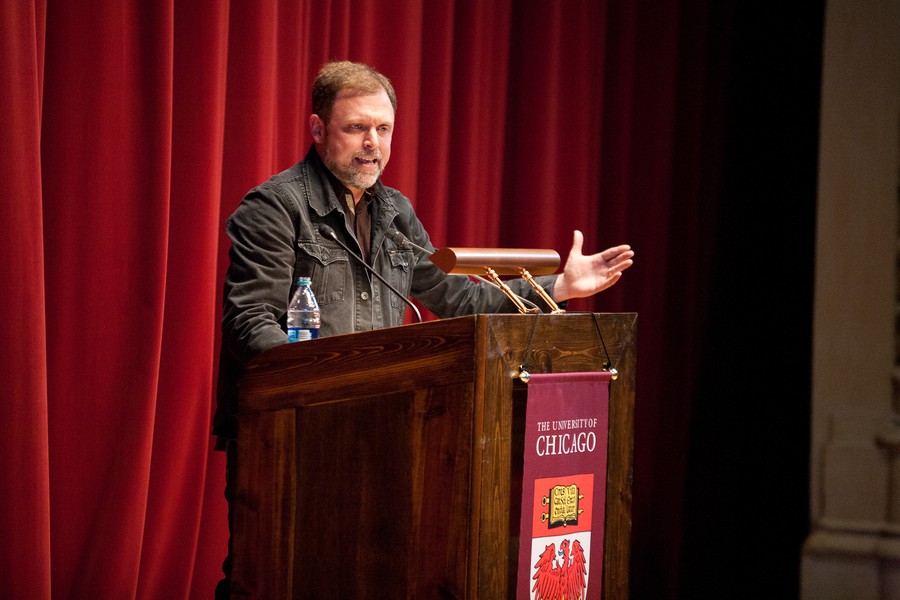 Anti-racism activist and writer Tim Wise spoke about the ignorance of dominant social groups as a persistent problem in America and the University of Chicago community at an event in Mandel Hall last night.

In defining what exactly it meant to be part of the dominant social groups, Wise explained that it is “knowing that what else others of our race do, we will not have to answer for them.”

However, Wise did not just use race to make his point but gender as well. For example, he mentioned that a female student might stay silent from worry that her male peers would excuse her wrong answer by blaming the stupidity of her entire gender.

“It is only at the point of college that we develop color blindness,” he said. He later added that while he believes affirmative action does not solve the problem of educational disparity in America, it helps even out the playing field for minority students.

Wise also addressed the recent instances of racism and ignorance on the UChicago campus.

“If you think it’s OK to post anonymous homophobic, racist, sexist things…. You are not qualified to attend a university in the United States of America, especially this one,” he said, in an implicit response to the slurs on the “Politically Incorrect UChicago Confessions” Facebook page.

Wise encouraged the audience to increase their awareness of how they view race, gender, and sexuality in order to combat the problem.

Many of his points seemed to hit home for members of the audience, as periodically throughout the speech, there were episodes of applause and snapping fingers. In small group discussions held after the talk, students shared their personal stories and said that Wise’s words prompted them to rethink their experiences involving race and minorities.

In her introductory remarks, Vice President for Campus Life and Student Services Karen Warren-Coleman said that Wise’s talk was just the first of many initiatives to “foster more opportunities for dialogue.”