Jeffrey Eugenides, Pulitzer Prize-winning author of Middlesex, will be on campus to read from his latest work and to conduct a craft seminar for creative writing students. 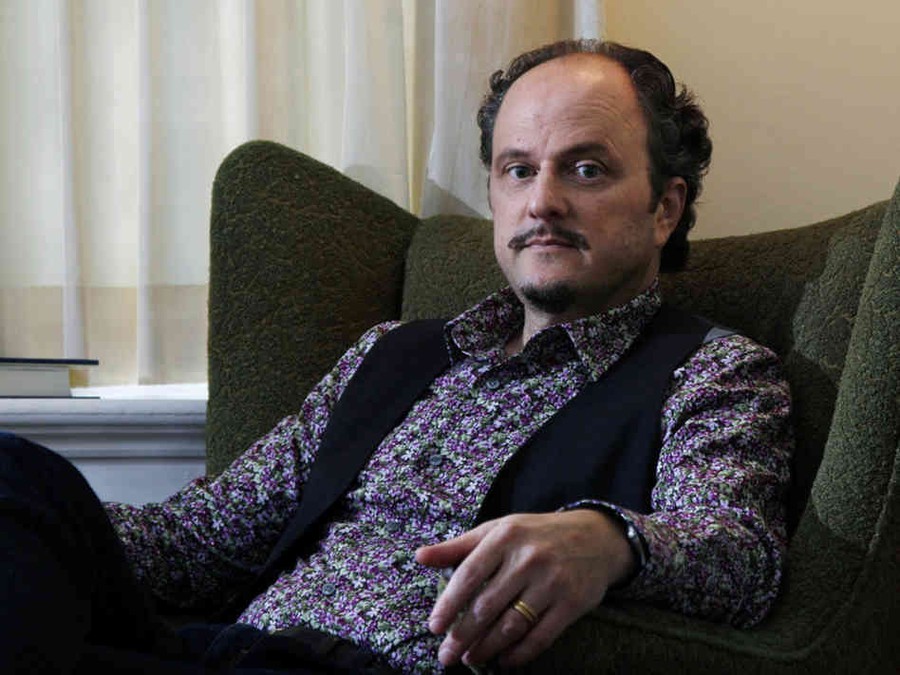 This time last year, I wrote an article reviewing a reading by Kestnbaum Writer-in-Residence Michael Ondaatje, author of The English Patient. Ondaatje’s visit to campus felt dreamy. The day was foggy, and his white beard quivered as he read from his nebulous poetry and prose. Like the author’s aloof voice and manner, the Logan Center wasn’t quite real then. It had been constructed (and quickly), yes, but it didn’t mean anything to anyone, not to anyone at that particular reading, and not to anyone on the campus at large.

Since then there’s been that ever-present UChicago dialogue surrounding Logan’s many advantages (staircases that aim to facilitate interaction across disciplines, wine at zeh café) and drawbacks (limited studio space for DoVA majors and “colonization by TAPS”). With reluctance and with lots of talk, it’s been integrated into campus life. Fittingly, this year’s Writer-in-Residence, Jeffrey Eugenides, is not only more of a realist than Ondaatje, but a celebrity author who will reaffirm Logan’s ambitious agenda.

Janice Knight, the chair of the Committee on Creative Writing, said, “I don’t know if you would call Eugenides a celebrity, but he is a very accomplished writer. It is in fact the case that we have fewer prose writers [visit campus], and over the years I’ve tried to address that. I hope more and more opportunities will arise to invite prose writers, because I think we’re identifying a strong desire to bring more novelists to campus.”

Knight mentioned that the department has changed the venue for the reading from the Performance Penthouse to the larger, ground floor Performance Hall, because so many people are expected to attend the event. In addition, organizers have purposely restricted advertisements to posters, listservs, and word of mouth on campus, not wishing to draw a citywide crowd by placing an ad in The Reader.

To give perfunctory but relevant career chronology: Eugenides’ first novel, The Virgin Suicides, came out in the early nineties, after he got his masters in English and creative writing. His next novel, Middlesex, appeared in 2002 and won the Pulitzer Prize the next year; The Marriage Plot came out in 2011. Throughout his career, Eugenides has also written short stories, which appeared in, ahem, The New Yorker and The Paris Review, among other publications. Eugenides recently edited a collection of short stories titled My Mistress’s Sparrow is Dead. The collection’s proceeds go to 826CHI, a nonprofit creative writing lab in Wicker Park.

“I’ve been a great fan of every person we’ve invited to date,” Knight said. “We tried to schedule the reading close to the FOTA festival, and as a way to celebrate the end of the school year. I have had long e-mail correspondences with him, and he’s told us he’ll be reading from his latest work. I don’t know if it’s work in progress; I hope it will be. We’ve never had a writer tell us beforehand what he’ll be reading.”

What can we expect from the work itself, then, even if we don’t know exactly what Eugenides will read? Well, his most noticeable, and notable, strength as a novelist is his storytelling. Which seems like an obtuse comment, but in fact, this simple ability/brilliance is lacking in loads of contemporary fiction. More fanciful than Jonathan Franzen, Eugenides is a delicious read, and with his stories at his side, he has adopted various styles and forms for his novels.

The Virgin Suicides was told in first-person plural, while Middlesex was part third-person omniscient tale of Old World incest and coming-of-age, part treatise on intersex and immigrant life in America. With The Marriage Plot, Eugenides continued to explore his command of the third-person omniscient, but he abandoned the journalistic shadow present in his earlier books to write about a subject with more of a personal background for him—undergraduates at Brown in the early ’80s. What the novels have in common is that we realize we’re being told a story, squirm, trying to escape from being told, and ultimately embrace how gratifying this experience is. In a review of The Marriage Plot in The New York Review of Books, Michael Greenberg wrote, “We can’t think ourselves out of the pleasures of being told a story any more than we can think ourselves out of being in love.”

The reading will be followed by a conversation with Donna Seaman, a Chicago-based book and arts reviewer. Seaman has conducted the same form of an after-reading discussion for several years, and Knight said it has been a “popular feature.” There will also be a book signing and a reception. On Friday, Eugenides will give a talk to around thirty creative writing students on one aspect of his craft or process. See you there on Thursday afternoon—I’m the one looking wistfully around the Performance Hall, thinking back to spring, when Logan was so new you felt it would crumble beneath you, yet you weren’t afraid when the fog rolled in.

Jeffrey Eugenides will read at the Logan Center Performance Hall on Thursday, May 9 at 5:00 p.m.