With latest mixtape, Chicago-born rapper’s stars are out

Chance the Rapper and the Save Money Crew “have the opportunity to lead a Chicago renaissance of sorts.” 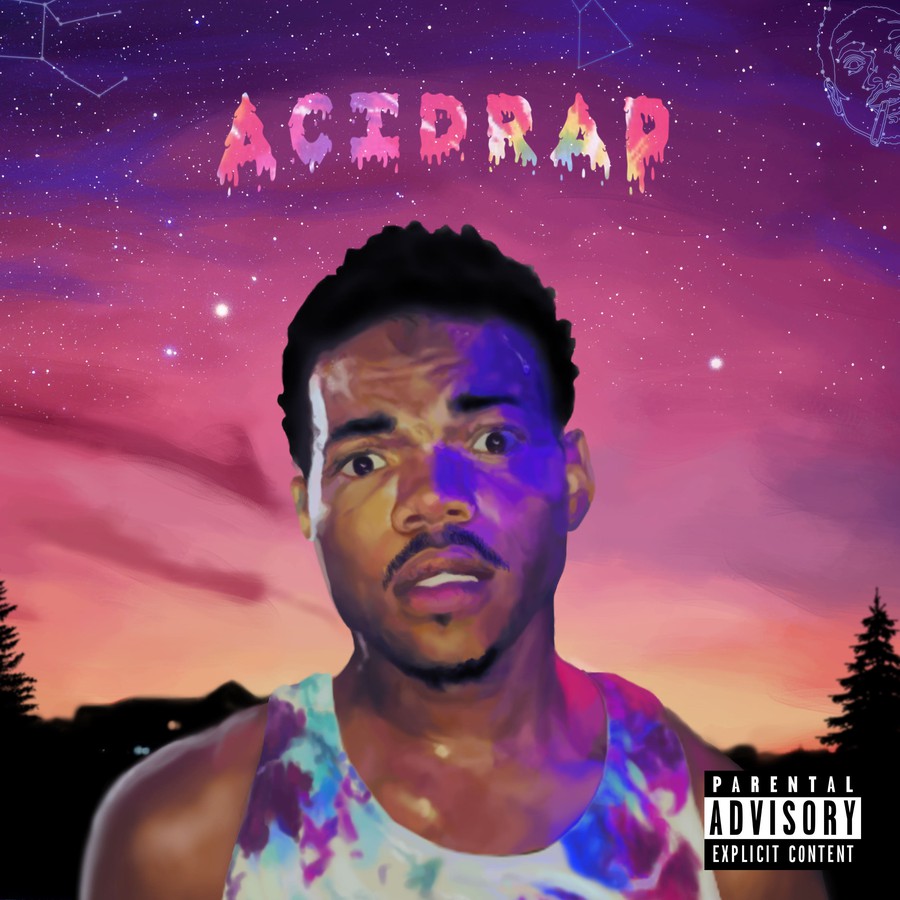 Courtesy of Chance the Rapper

Acid Rain, Chance the Rapper’s second mixtape, which dropped April 30th, is much more than a homage to drug culture or a meditation on substance use. Instead, Chance the Rapper’s sophomore attempt floats, ambles, and at times bounces through issues such as witnessing one of his friends being stabbed to death in Lincoln Park, socioeconomic woes, corrupt cops, and the violence and injustice that wracks the city he calls home. In the song “Everybody’s Something,” Chance announces, “I got the Chicago blues, we invented rock before the Stones got through. We just aiming back ’cause the cops shot you. Buck buck bang bang, yelling, ‘Fuck Fox News!’”

Chance grew up in the Chatham neighborhood on the South Side of Chicago, but went to high school downtown at Jones College Prep. His 10-day suspension from the school for smoking marijuana provided the impetus for his first official mixtape, 10Day.  After high school, “Chance,” born Chancellor Bennett, decided to pursue music full-time. Chance bit his teeth performing slam poetry around the city at festivals and events, such as Louder Than a Bomb. His lyrics could practically be released as poetry, but thankfully for us, Chance has the vocal skills to take his words to greater heights.

The mixtape starts with “Good Ass Intro,” a romping song where Chance shows off his ability to flit between his almost-spoken-word style of rap and a sweet, though nasally, falsetto. The track bombards with sound and talent, featuring five other artists, including rapper BJ the Chicago Kid, and the neo-soul and jazz singer Lili K. From there, the mixtape segues into “Pusha-Man,” which compliments Chance’s rhymes with soulful organ and pounding bass lines. And if you thought Chance was for a moment starting to fall into a genre, you’ll be surprised when the song completely stops for 20 seconds around a quarter of the way through and picks up in a syncopated, pared down groove evocative of his larger acid-jazz influences.

Songs “Cocoa Butter Kisses,” featuring Vic Mensa and Chicago legend Twista, and “Juice” are guaranteed to be running through your head indefinitely. Both were among four songs Chance released before the full mixtape came out.

Other notable tracks include “Everything’s Good (Good Ass Outro),” which sees Chance’s characteristic spaced-out drum fills working with a cello and brass section to recall his respect for indie artists like Beirut and Joanna Newsom. Bass, drums, Lili K’s beautiful voice, and Chance’s protean lyrical stylings here finish up the mixtape, and when he sings, “I’m better than I was the last time,” you’ll nod in agreement.

Acid Rap feels as polished and confused as the city of Chicago itself and contains a more heightened self-awareness than 10Day. It is an ephemeral exploration of remorse and past experience. Over a melancholic backing track in “Acid Rain,” an album highlight, Chance relates, “Sometimes the truth don’t rhyme. Sometime the lies get millions of views. Funerals for little girls, is that appealing to you?”

Chance is a part of the Save Money Crew, which is comprised of other Chicago artists such as Vic Mensa and Kids These Days, along with various producers, directors, and designers. The crew allows the musicians to work together and pool resources, but also functions as a support group. They even share a working space entitled the Trap Music Garage.

Similar groups across Chicago allow artists to keep things local until they decide to sign with a label. And indeed, the hip-hop world is coming around to Chicago. The Save Money Crew, along with rappers like Chief Keef and Rockie Fresh, have the opportunity to lead a Chicago renaissance of sorts. Last June, Spin Magazine released an article entitled, “Chicago Rap Blazes Up From the Streets,” which admitted that while Chicago hip-hop doesn’t have one unique sound, the music is tied together by the hardship and violence that right now plagues the city, especially on the South Side. The sentiment seems to coincide with the song “Don’t Harsh My Mellow” from fellow Save Money Crew artist Kids These Days: “Say don’t harsh my mellow. I’m that South Side Chicago, illegal type of fellow. I’m Elie Wiesel coming live from out the ghetto.”

And not only is Chance a phenomenal recording artist, he is also quite the performer. I spoke with David Lisbon, a contributor to the New York based hip-hop blog Cypher League, about seeing Chance the Rapper open for Childish Gambino last summer. According to him, Chance “had the crowd in his hands. His aura was palpable.” He danced, joked, and “performed as if it was his concert,” maintaining an energy typically absent from opening acts. Lisbon said: “Honestly, he murdered it. He had his finger on the pulse.”

Chance will be playing at the Metro on Sunday, May 26, and tickets are only $13 in advance or $15 the day of, if there are any still lying around (Metro’s Web site says the concert is sold out).