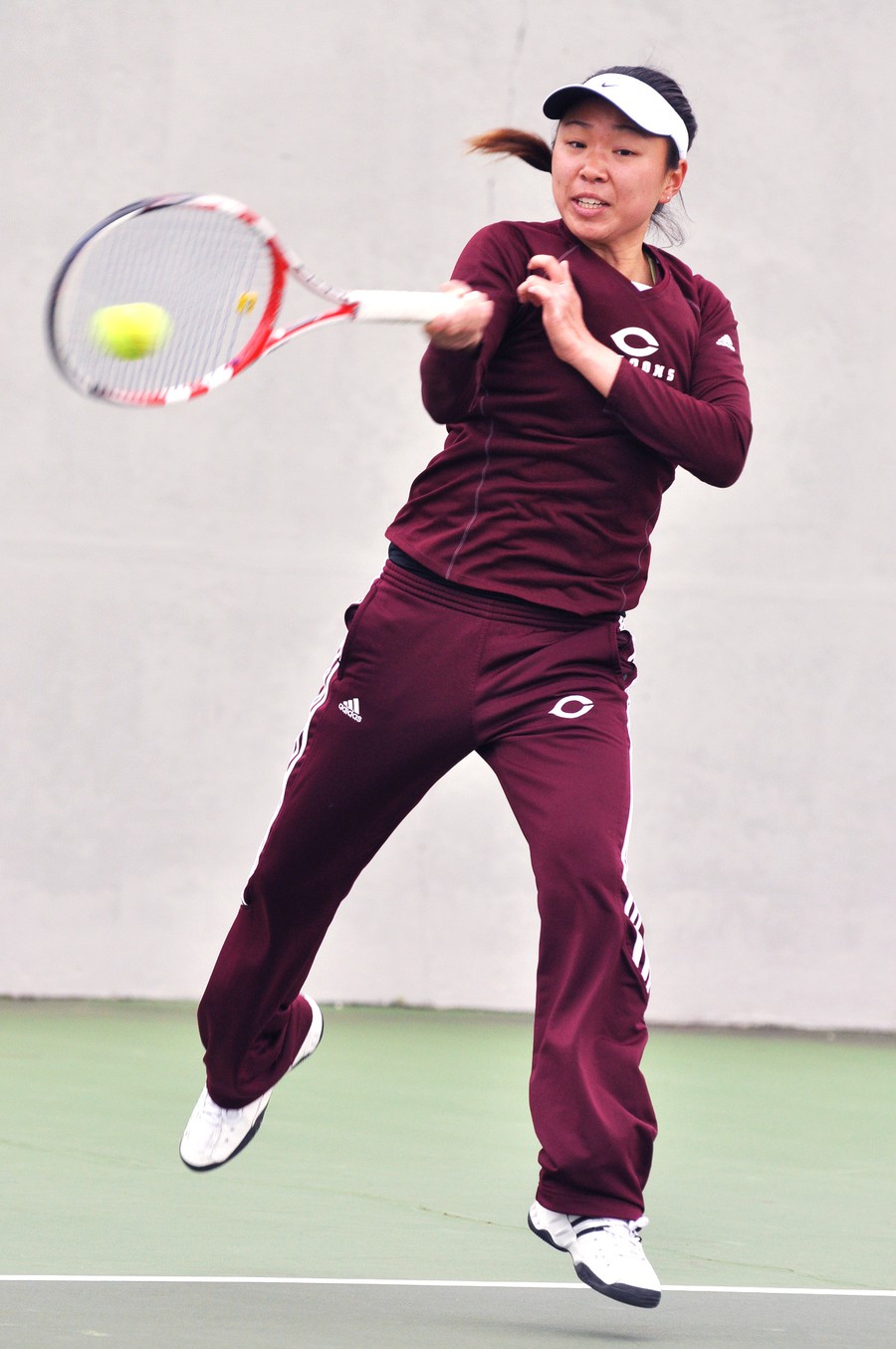 The NCAAs are upon us: After advancing to four consecutive national semifinal appearances, including a second-place finish last year, it may seem that the No. 8 Maroons are already sizing up a potential quarterfinal matchup against No. 2 Claremont–Mudd–Scripps.

But this is not at all the case.

The story all year long has been that the Maroons lost three top performers—Kendra Higgins, Jennifer Kung, and Carmen VacaGuzman—to graduation, yet the Maroons have been consistently one of the top teams in the country.

“Nobody really expected us to be here,” head coach Jay Tee said of the Maroons’ fifth straight NCAA tournament appearance. “We’re not playing with any pressure right now. We’re playing just to win and see how far we can get.”

Therefore, Chicago (16­–5) is not overlooking any teams in this weekend’s NCAA Regional at the Stagg Field courts.

“We are probably more focused and determined to play well since it’s NCAA Regionals,” second-year Megan Tang said. “Anything can happen in any match, and we don’t want to overlook any of the schools.”

With a first round bye, the Maroons face the winner of Friday’s Ohio Northern–Edgewood match on Saturday.

Although Tee did not specifically mention the Edgewood Eagles (18–11), he recognized the Ohio Northern Polar Bears’ (26–4) dominance this season. The Polar Bears are currently riding a 13-match winning streak.

“They know how to win,” Tee said. “Maybe their schedule hasn’t been the toughest, but they can only play who’s on their schedule.”

“I don’t think we got Whitewater’s best shot at ITAs, and it will definitely be tougher this second time around,” Tee said. “[Against Carleton, the score] was a little deceiving. It’s a couple of sets here and there. “

Even with Tee’s analysis of Chicago’s potential opponents, these past two weeks he has clearly emphasized what the Maroons themselves can do to ensure victories, regardless of their opponent. Tee stressed the importance of doubles.

“I think [doubles is] the key, especially in DIII when you can get to almost an insurmountable 3–0 lead,” Tee said. “I think we’re improving rapidly.”

Specifically, there has been a focus on coming to the net instead of rallying from the baseline and on being aggressive and smarter with shot selections.

Chicago has a 72.7 winning percentage when it comes to doubles action in tournament play. Still, some of Chicago’s victories could have been losses, given that the Maroons have won many matches 8–6.

“I think some of these matches don’t have to be close,” Tee said. “If we’re doing the right things from the very first ball we hit, then we can distance ourselves a lot sooner than having it come to six all or holding at the very end to win. That’s what we’ve been working on these last two weeks—being consistent with our tactics.”

With their focus in doubles and expertise in singles, Chicago is the clear favorite to take the Regional title.

The South Siders will hit the courts against either Ohio Northern or Edgewood on Saturday at 2 p.m.