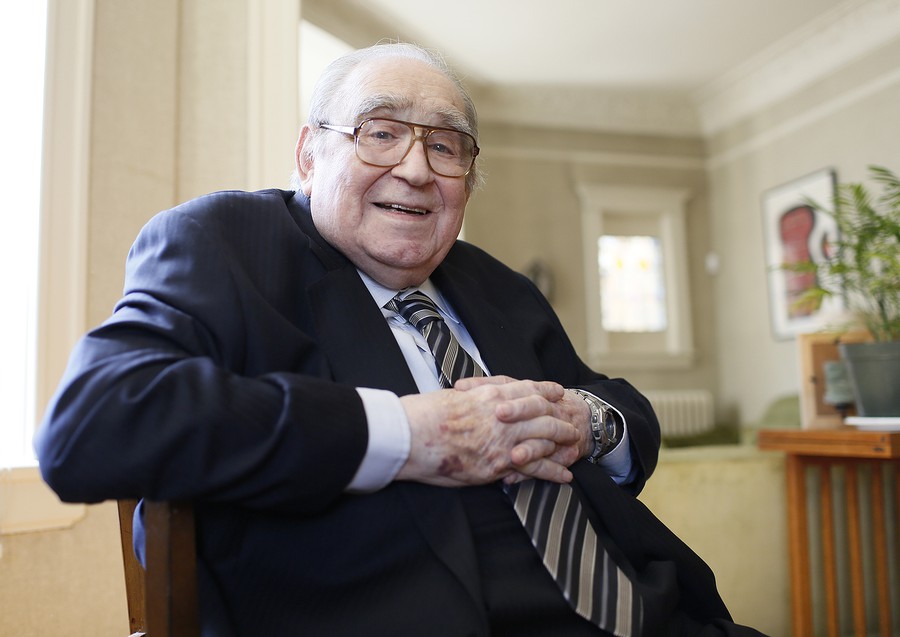 Robert Fogel, who won the 1993 Nobel Prize in Economics for his work applying quantitative analysis to history and taught for over 30 years at the University, died on Tuesday. He was 86.

Economics professor Robert Fogel, who shared the 1993 Nobel Prize in Economic Sciences for applying economic analysis to history and taught for at the University for over 30 years, died Tuesday morning. He was 86.

In an e-mail sent out over the listhost for economics majors on Wednesday, department chairman John List said that Fogel had died of pneumonia contracted after a mild heart attack.

Fogel, along with Douglass North—with whom he shared the Nobel Prize—is considered a pioneer of “cliometrics”—the practice of using quantitative methods to analyze history. Called a “bomb thrower” by the New York Times after winning the Nobel Prize, Fogel’s economic approach to history often challenged conventional wisdom. His 1974 book Time on the Cross: The Economics of American Negro Slavery found that slavery was more economically efficient than free agriculture. Fogel’s analysis led him and co-author Stanley Engerman to conclude that because slaves were valuable economic assets, slaveowners were inclined to treat them well. While acknowledging that slaves were oppressed in ways that could not be represented through data, Fogel concluded that the demise of slavery was for political reasons, not economic ones.

Some of Fogel’s earliest work found that railroads had less of an impact on the American economy than was widely believed, according to a University statement announcing his death. And as founding director for the University’s Center for Population Economics, some of Fogel’s more recent research focused on changes in health and human potential over time.

Professor Gary Becker, who won the Nobel Prize in Economics the year before Fogel did, praised his colleague’s contributions to their discipline.

“Let me say that Bob Fogel revolutionized the field of economic history by introducing good economic analysis and careful quantitative work. His studies of railroads, slavery, and changes in health are classics,” Becker wrote in an e-mail.

Nathaniel Grotte, associate director for the Center of Population Economics and the co-author on Fogel’s most recent book, said that Fogel, who was once employed by the Communist Party as a young man, relished debate and would frequently call him up in the middle of forming an argument to tease out ideas.

“He was really interested in other people’s opinions, and he never presumed to know the truth about anything,” Grotte said. “He was very interested in finding out what the truth was by talking to as many people as possible.” Grotte added that Fogel had “no academic ego to him at all” and that when talking to him, “it was easy to forget who you were talking to.”

Fogel came to the University in 1963 and joined the faculty as an associate professor in 1964. Though he left to teach at Harvard in 1975, Fogel returned to the University in 1981 and taught through Spring quarter of this year. The author of 22 books and 90 papers in academic journals, Fogel was the Charles R. Walgreen Distinguished Service Professor of American Institutions and a faculty member on the Committee for Social Thought. He was also a resident of Hyde Park.

In class, Fogel would draw examples of his own life and research to illustrate some of the hidden differences in the quality of goods or of life that go beyond economic indicators such as historical output or GDP growth, said Hoyt Bleakley, a Booth professor who co-taught with Fogel this year. For example, Fogel would compare spinach he would buy as a child that was filled with sand to the washed spinach that one could buy in a supermarket today to show that economic analysis could overlook the fact that consumers would buy less spinach by weight when Fogel was a child. Bleakley said that the spinach story would usually be followed by a discussion of healthcare and the difficulty of comparing the quality of care patients receive today and the quality of care patients received in the past.

Fogel loved teaching so much that last winter, when bad weather prevented him from coming into class, he learned how to use Skype so that he could call in to class, said Elisa Olivieri, who was a teaching assistant for Fogel for the last two years.

“He used to joke that he was going to teach until he no longer could come into the classroom, and that’s exactly what he did,” said Olivieri, a fourth-year Ph.D. candidate in Economics.

Fogel earned his Bachelor’s Degree from Cornell University in 1948, where he shifted his academic focus from physics and chemistry to economics and history, because of the bleak outlook for the economy in the late 1940s. He earned his master’s degree from Columbia University in 1960 and a Ph.D. from Johns Hopkins University in 1963. Seeking to understand the magnitude of how technological changes like factories, railroads, and steel mills contributed to economic growth, Fogel set out to master “the most complex analytical and statistical methods that were taught in the economics department,” he wrote in an autobiography on the Nobel prize Web site.

Olivieri said that Fogel was not afraid to defy conventional wisdom beyond his work.

“Both his personal life and his professional life were devoted to seeking truth, even if it bred controversy,” Olivieri said. “He worked as a Communist organizer for some time before becoming a Chicago economist. He was a white Jew who married a black Christian in 1949. He courted his wife by taking her to church on Sunday.”

Fogel’s wife Enid, the first African-American associate dean at Booth, died in 2007 at age 84. He is survived by two sons, five grandchildren, and two great-grandchildren.