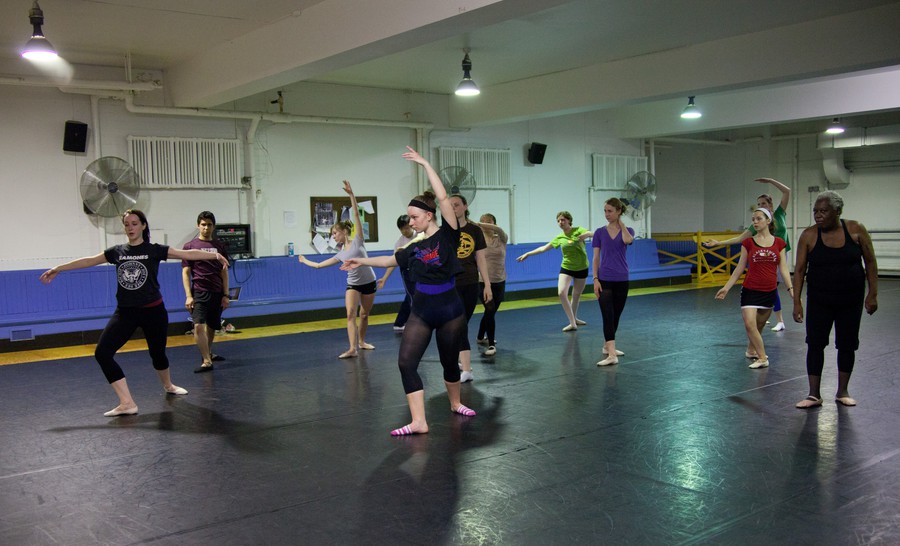 Dance groups on campus want to make their mark on the new residence hall.

Motivated by a current dearth of dance spaces on campus, Dance Council, a group comprised of representatives from over a dozen UChicago dance groups, started an online petition this February demanding that dance space be added to the building plans for the new North Campus residence hall. The petition has garnered over 400 signatures.

The building plans for the new residence hall, currently being formulated, do not dedicate a space to dance practice or performance space, though, according to Katie Callow-Wright, assistant vice president for campus life and assistant Dean in the College, there are plans for other spaces that may be able to double as practice spaces.

“Currently, the project includes fitness and recreation rooms, common rooms, lounges, and study spaces. Most are intended to serve multiple functions, including small group rehearsal and even occasional performance by residents involved in dance, theater, and other arts,” she said in an e-mail.

The grievances shared by dancers are twofold: not only is there a lack of space, but dancers also feel the current system for reserving space is inefficient.

“There are so many groups who are trying to get the dance spaces like martial arts RSOs and just a plethora of other movement RSOs that have to fight over literally two or three dance spaces,” said second-year Ruchi Mahadeshwar, who has danced in the Raas and Maya dance groups.

Second-year Ayushi Shrivastava, who was the dance coordinator for this year’s South Asian Student Association show, said that she had to spend much of her spring break trying to secure much needed space for show rehearsals.

Each quarter at the end of eighth week, groups rank Bartlett Hall Art Rehearsal Space, the Ida Noyes dance room, and the lounges in Ida Noyes, and through this lottery application are assigned a space for approximately six hours a week.

“There is lots of switching between groups, like some sort of trading system, something the community has been forced to do because the current system isn’t working for us,” Shrivastava said.

After not receiving a response to an e-mail she sent to the administration suggesting the idea of a new dance space, fourth-year and Co-President of Dance Council Shir Yehoshua decided to start a petition.

“The problem is that we can voice our concerns, but our timeline is these four years, and their timeline is long term, so we don’t always see change happening,” Yehoshua said. “When we talk to administrators, they are usually extremely supportive and also want to see change, but in the middle levels, nothing has taken effect yet.”

Bill Michel, executive director of the Reva and David Logan Center for the Arts, acknowledges that student needs have not yet been met, but emphasized the progress made in recent years, such as the reparation of the Ida Noyes dance room and the creation of more performance spaces in the Logan Center.

“We’re working on developing a system next year for dance RSOs to reserve additional space when they’re preparing for performance,” Michel said.

Eleanor Daugherty (A.B. '97), assistant vice president for student life and associate dean of the college, pointed out that the administration must balance the needs of dancers with those of hundreds of other RSOs and student groups.

But dancers worry that the shortage will worsen, as the student population and the interest shown toward dance has grown.

“Now we are sort of able to figure it out, but a couple years down the road, we are going to be in a gridlock,” third-year and Executive Director of UBallet Martha Fahlgren said. “There will be a ceiling that we hit where there is just not enough dance space.”