Top 5: Funny people under the radar and on the rise 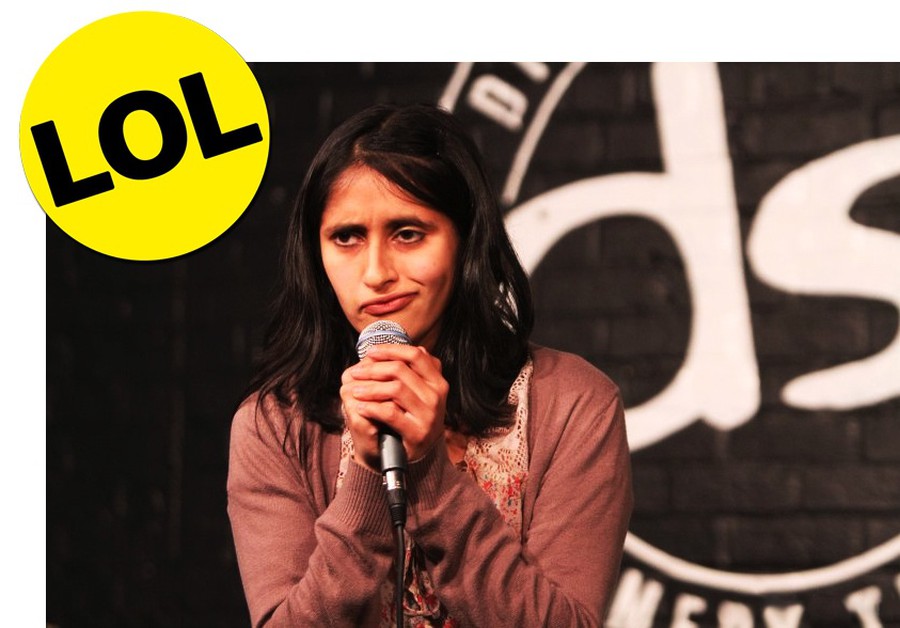 “I found out last night that you’re a jerk if you hold a revolving door for a lady.” Bearded and soulful, Scovel bears a passing resemblance to Justin Vernon (Bon Iver) and is very nearly as funny. Sometimes he has a Southern accent and sometimes he doesn’t, but he’s excellent in both cases, and his onstage impression of a man eating a really good cookie is among the greatest comedic performances I’ve seen. He’s on board to star in his own TBS sitcom (famous last words), so I’d advise you to get on the YouTube post-haste and look him up before he gets too big, wins a Grammy and totally sells out, man.

Women aren’t funny? I take Aparna Nancherla as evidence to the contrary. She’s been at it for a while now—I first caught her waaay back in 2006 when she appeared on NBC’s infamous Last Comic Standing—and it shows: Her sets are airtight, and she tells very funny jokes about pretty much everything except women and Indians (I mean she does a little bit, but still—the variety is there). She now writes for and performs on FX’s Totally Biased with Kamau Bell, and she’s up on stage eight days a week. Check out her act at Park West when she rolls through town this July.

Best known for writing, directing and starring in a series of sometimes-funny College Humor videos, Ruben also gets in front of the mic from time to time and pretty consistently slays. In a pandemic of “bored” comics, Ruben is manic and highly physical, with serviceable impressions of at least three famous actors. Thus far he has appeared as a bartender in a soap opera and someone named “Lamp Guy” in the 2012 shitfest For a Good Time, Call..., but his wit and symmetrical features (a rare combination) tell me that he’s on the cusp of MTV greatness.

Dubbed “Best Newcomer” at the Edinburgh Fringe Festival, Simonsen is Norway’s greatest (and, possibly, only) comedian. He’s sparse in his writing, but his act is all in the delivery, which is to say that his very thick accent sounds funny. Simonsen seems most at ease when delving into some of the more awkward aspects of human existence, and he possesses a deep understanding of the intrinsic weirdness of telling jokes in front of people for money. This dude is basically blowing up across the Channel; he’s booked through the summer in London and across the UK and has secured a spot on the new BBC sitcom House of Fools. He’ll be in your living room in 2014, whether you like it or not.

Jim Fuckin’ Jefferies. Probably the funniest thing to come out of Australia since the koala bear, Jim is doing his level best to revive the lost art of comedic storytelling (some of his bits last well over 30 minutes), and his stuff is so offensive that it once earned him a punch in the face by a drunken fan. While his sold out theater performances and regular TV appearances make it hard to call him unknown, his popularity outside ’Straya and the UK could certainly do with boost, a boost he’ll likely receive when his quite funny and surprisingly touching comedy series Legit returns for a second season next year.