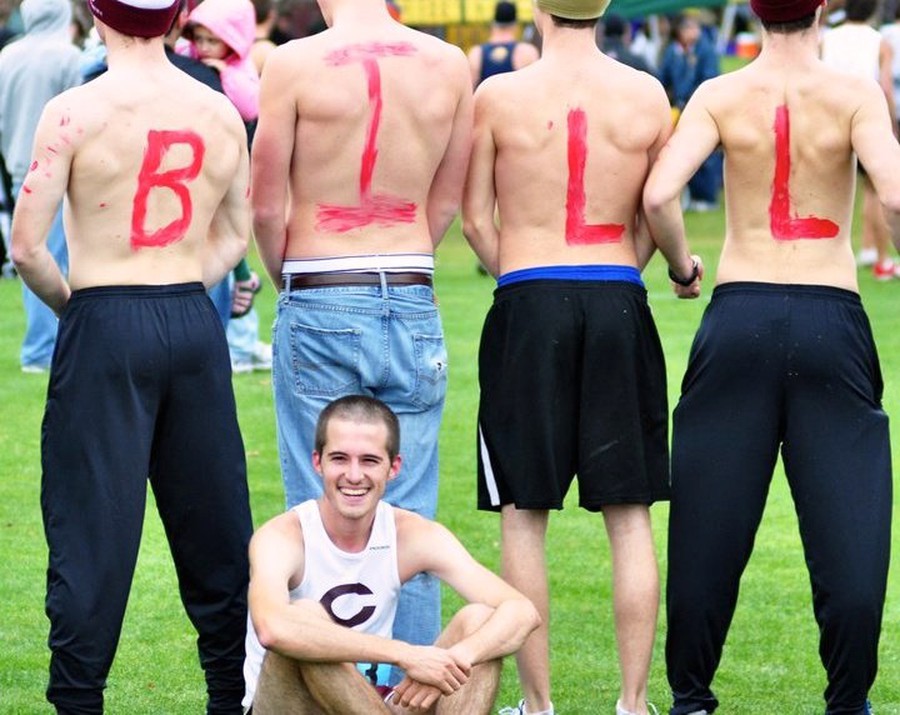 For most of us, running is a dreaded workout that slowly puts us out of breath before draining our muscles entirely of their strength and eventually collapsing us upon couches where we proceed to munch on junk food. For others, it is a way of life.

Fourth-year Billy Whitmore has run for four years on three varsity teams: cross country, indoor track and field, and outdoor track and field. He loves running. While running for the Maroons, he has had a slew of All-American performances, consistently placed at conference, won numerous meets, and been named MVP. The man is accomplished.

“When I think of Billy, I reflect on someone that truly bought into the philosophy of growing through the process of training,” head coach Chris Hall said. “He was constantly challenging himself to improve. I often speak to our athletes about the goal of getting better every year for four years. Billy was clearly able to do this.”

“Back then, all I hoped to do was to make a difference on the team, let alone compete in the UAA or qualify for the NCAA championship,” Whitmore said.

By Whitmore’s second year, he had changed his mentality. He began to run with a sense that he should lead rather than follow. He set new goals and challenged himself in new ways, and improved his 5,000m time by a minute that year.

“People on the team started calling me ‘Wild Bill’ because I ran with such freedom and intensity that I looked like a runaway horse,” Whitmore said. “I found that I performed best when I was having fun.”

From that point on, Whitmore dominated both within the conference and nationally, running most of his top performances in his third and fourth years. His times often ranked top 10 in the country, and his finishes earned numerous other accolades.

His final year alone, Whitmore qualified to three separate national championships, and he was named an All-American twice. At cross country, indoor, and outdoor track and field Nationals, he finished the races 11th, 7th, and 12th, respectively.

“I consider my biggest achievement to have been representing UChicago at the national championship my junior and senior years,” Whitmore said. “I feel that we have gained more recognition not just in academic rankings but also for our athletic accomplishments at the DIII level. I hope to have disproved the stereotype that all UChicago students are bookworms. We have some great athletes, too.”

However, Whitmore’s successes ranked second to the other perks of running. The more time Whitmore spent getting better, the closer he became with his new family. His teammates and coaches pushed him to new limits and helped him accomplish his goals. Without them, he knows he only could have gone so far.

“I want to thank my teammates, with whom I have enjoyed training through wind, rain, snow, etc., shared countless memories, and whose support was overwhelming. They helped push me to be the best I can be, and I hope to have done the same for them,” Whitmore said. “Coach Hall has been a major influence and first challenged me to test the limits of my endurance. He believed in me and has been a huge motivator throughout my career.”

Hall attributes Whitmore’s legacy as a runner at Chicago to his team focus and mentality.

“His greatest value to our program was perhaps the example he set for others and the fact that the team aspect of our sport was truly the most important thing to him,” Hall said. “His teammates were extraordinarily supportive of him and the reason for that is that they were so important to him and his development as a runner.”

Now, with the season over, Whitmore has seen his last race as a South Sider. But while running for the Maroons, he put a team focus on a sport many view as an individual effort. Luckily, his time on the teams will remain fresh on the minds of Chicago runners for years to come, and hopefully, it will serve as a guide to follow the path he has already completed.

“We have had a lot of athletes succeed at a high level at Chicago, but Billy is arguably one of the best in our distance program’s history,” Hall said. “We are very much going to miss him but feel he, along with his senior teammates, helped to create a culture within our program that will allow us to be successful for years to come.”

Whitmore will graduate with a major in comparative human development in the coming weeks and hopes to one day work with a focus on marketing and sales.