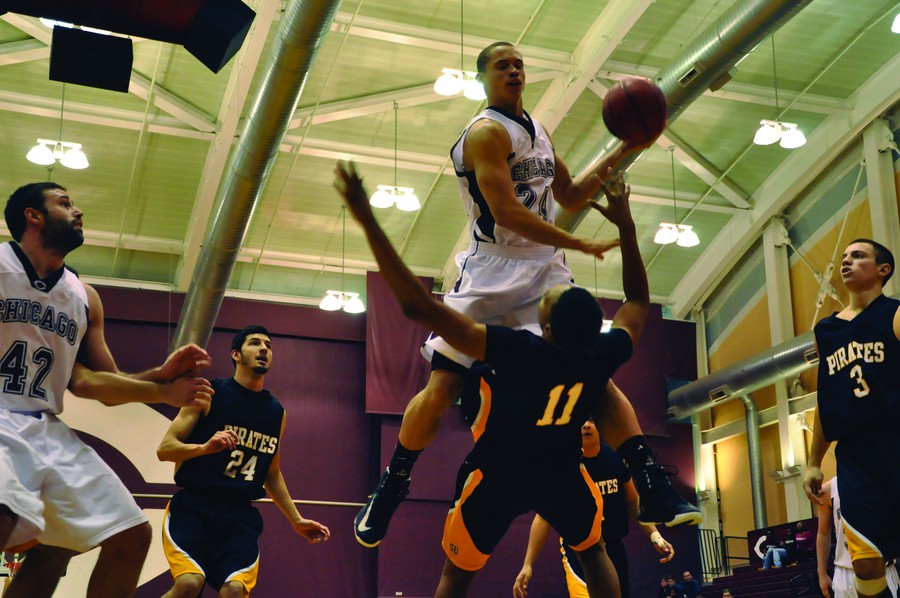 There are no athletic scholarships at the University of Chicago. There are no five-star recruits and there is no Big House. Saturdays are reserved for studying as much as they are for football, and replica jerseys rarely fill the stands. Yet UChicago is an institution that produces legitimately high athletic competition and the Maroons are represented by stellar athletic play, week in and week out.

UChicago boasts one of the nation’s finest Division-III athletic programs. The Maroons have produced five University Athletic Association (UAA) championship teams over the past three years. For those unfamiliar, the UAA is the University’s athletic conference, much like the SEC or the Big Ten, except it is composed of schools more along the lines of Carnegie Mellon and Case Western than Alabama and Michigan. And with conferences come rivalries.

UChicago’s most heated games are always against rival Washington University in St. Louis (Wash U). In football, the game is so important that there is even a trophy at stake—the Founders Cup. After a win against Wash U, you’ll find football players hoisting up the giant cup of steel and shouting, “Cup, cup? Yup, yup!” Success can be found across the board, but the University’s most heralded team this past year was women’s tennis, which finished the season ranked eighth in the country after making it to the NCAA quarterfinals.

Of course Division III is by no means Division I. We are not Notre Dame or Ohio State. We aren’t even Bowling Green. The athletes you have in your classes will often be more exceptional in the classroom than they are on the playing field, but considering they have the capability to study at a school like UChicago, that’s nothing to look down upon.

That said, UChicago has been known to toe off against Division I opponents, and win. Last season the Maroons took down Northwestern’s Division-I baseball team for the second straight season. Yes, you read that right—it’s becoming a habit.

UChicago athletes were some of the best, if not the best, athletes in their high schools. They were All-Conference and All-State. They won rings and state titles. They were heavily recruited at the level they play, and they are merely a half second too slow or two inches too short for “big time” college ball. This creates for some extremely competitive athletic teams that may not be at the level of what you might see on ABC Saturday afternoons, but are still way too skilled to pass up the opportunity to watch compete on a weekly basis.

All of this athletic talent being regarded with such little recognition makes our varsity student-athletes that much more unique. They are not playing for fame, for perks, or because they are bound to their sport by a scholarship. Athletes here don’t play for the sold-out stadiums or the recognition that comes with it. And pretty much everyone will be going pro in something other than sports.

If there is anything off about UChicago athletics, it’s when Stagg Field, the football stadium, or Ratner, the basketball arena, aren’t filled to the brim with the student population supporting the teams that represent them.

Taking into account the early morning hours at which they wake up to practice, the hours upon hours spent watching film and in the gym, and the late nights trying to compensate for time spent training instead of studying, athletes on this campus deserve to see you out there on game day.

So the next time you see a Maroon athlete in one of your classes, give him a “Good game,” or a “See you out there Saturday,” because even though the stadium may only hold a few thousand, UChicago athletes deserve every one of those seats filled.