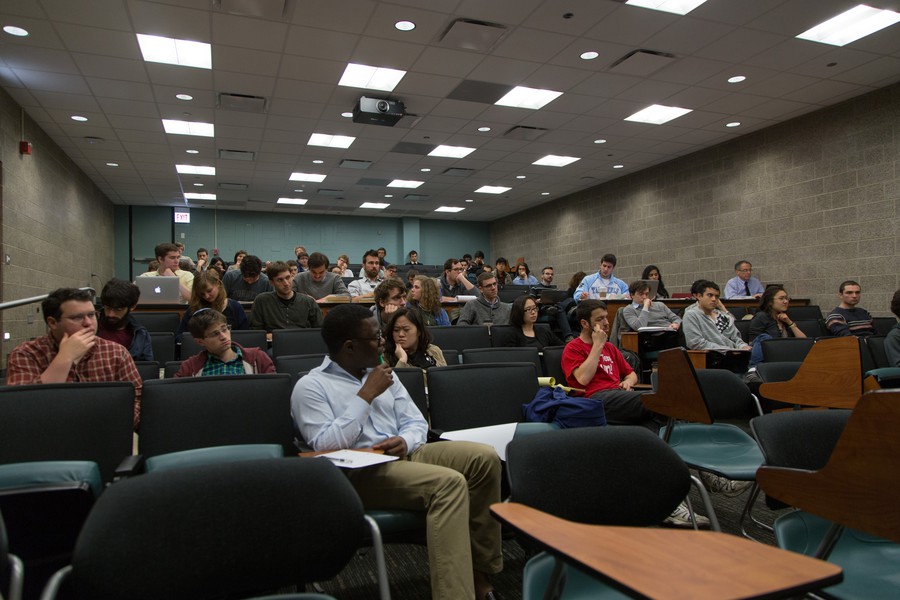 We have the Core to thank for much of this.

Yet the Core means different things to different people. For some, it is the Michelle to their Destiny’s Child, the awkward third of an otherwise glamorous experience. For others, the Core will spark interest in a new major or previously underappreciated discipline. Regardless of your own slant, choosing the classes of best fit for you, not the friends you just met in your house, will help you wring the most from your experience.

All first years are required to take Hum (pronounced “Hume”), which delves into the philosophy and literature foundational to (primarily) Western thought. A cornerstone of the Core, Hum can offer you access to different collections of literary and philosophical thought, depending on the class you choose. Take something more traditional like Human Being and Citizen, and you will spend at least two quarters reading the great books, from Homer’s Iliad to Aristotle’s Nicomachaean Ethics and Dante’s Inferno. Readings in World Literature, on the other hand, ventures beyond the Western canon with works like the Mahabharata.

Some of you will choose to tackle the three-quarter Social Sciences (“Sosc,” pronounced “Sosh”) sequence during your first year. Credit ambiguously named classes like “Power, Identity, and Resistance” and “Self, Culture, and Society” for all those Arendt, Durkheim, and Smith references you will probably make after taking them. Sosc allows you to delve into the history of political philosophy or, even better, learn how to develop social and political theories of your own. Considered a more “practical” option for the Core, Social Science Inquiry gives you the foundation to carry out your own social science research, while Mind allows you to circumvent the classics for psychology articles galore.

In addition to Hum, the Core has both Art and Civilizations (“Civ”) requirements. You must take six quarters among these three disciplines, with no less than one quarter in each. Choose from the likes of the theoretical (art history, music theory) and the hands-on (drawing, theater) for the art portion of your core. But beware: Because of the small class sizes and high demand, core art classes become increasingly difficult to nab as you progress through your four years. Bid early, bid often. For Civ, it is (not surprisingly) a popular option to enroll in a study abroad program and spend one quarter frolicking around cities such as Barcelona, Istanbul, Beijing, and Oaxaca—although the new Gender Studies Civ could be equally uncharted territory.

While not every Civ abroad has a language prerequisite, you will have to learn a foreign language as part of the Core—the completion of an introductory sequence, or its equivalent in test credit.

The math and science portion of the Core requires six quarters, with a minimum of two quarters each in natural sciences, physical sciences, and math. A general Core Bio course, the natural sciences staple, is paired with a bio topic of your choice (though the Nutrition sequence can serve as an alternative); physical sciences classes will have you studying astronomy, global warming, and natural hazards if you want to avoid chemistry or physics; and for those allergic to calculus, fear not! Statistics and computer science are both accepted for your math requirement. A.P. or I.B. credit can waive many of these classes.

When it comes down to it, the Core is your introduction to the Life of the Mind in practice. There will be times when you are up at the witching hour, cursing your past self, thinking “What sequence of events brought me to this terrible pit of ennui?” To that existential question, not a single one of the people you will read will bear an answer. Well, except for Marx and his theory of alienation. And maybe Freud—yeah, I could see that.

And in a twisted way, this is the Core at its finest: tediously, sometimes even painfully, gifting you an invaluable, fluid way of looking at the world.