With new series, Doc aims to reel in community 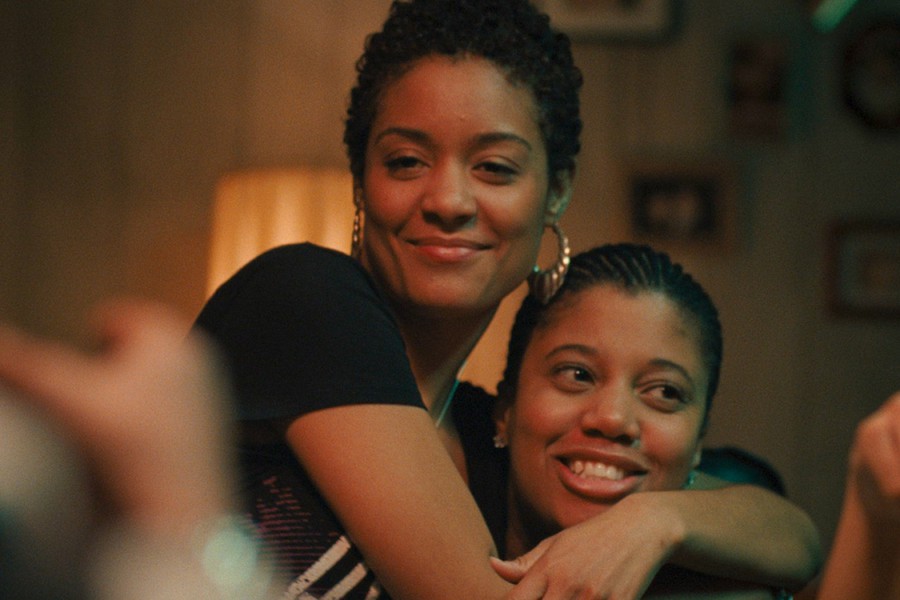 As the temperature edges closer to absolute zero in the upper Midwest, there is only one reason for Hyde Parkers to go out their front doors past 4:30 in the afternoon: Doc Films. This quarter the more-than-75-year-old film society, famed for delivering existential dread via the French New Wave, seems to have taken a slight turn from its normal fare. In the 80-odd films they’ll screen over the quarter, there isn’t a single work by Truffaut, Godard, Lang, Bergman, or even academia’s favorite auteur, Woody Allen. The selection instead samples more female directors, more comedy, and a bit less snobbery.

That isn’t to say that this quarter Doc is all bark and no bite. The names of renowned directors such as Scorsese, Coppola, Antonioni, and Hollywood’s new favorite art director Alfonso Cuarón still appear across the calendar. Programming Chair and third-year Daniel Frankel noted that the main difference this quarter is a revival of “the Doc tradition of community engagement.” It is this involvement that transforms Doc from a Registered Student Organization into, in Frankel’s words, “a Chicago cultural institution.”  And this quarter, the feelers stretch toward a host of student organizations from the Hong Kong Economic Trade Alliance in New York all the way to First Aid Comics on 55th Street.

Perhaps the most intriguing series is Sisters in Cinema: African-American Women Filmmakers programmed by fourth-year Brittany Williams. The series highlights two huge blights on the face of mainstream cinema: the extreme gender disparity at the top of the film industry, and the misguided notion that black cinema is a monolith presided over by Tyler Perry and Spike Lee. Though Williams notes she is not morally opposed to the work of either of these two film giants, she insists that the goal of her series was truly to show the “black experience in a new light.” The masses of movie-going Americans have probably not yet seen moviegoing in this light.

The series is Williams’s first, and the first time that she has been involved with Doc. A biological chemistry major, she couldn’t stress enough how easy and unintimidating the whole process was, even for someone who is “not a film buff.” Williams knew there were a few films she wanted to include, such as Dee Rees’ 2011 film Pariah, which focuses on a lesbian black teenager grappling with her identity. However, Williams and the programmers also embarked on a long process of research and movie watching to ensure the series was full of top-notch films.

Another innovative series is Sunday’s Neighboring Sounds: Contemporary Latin American Cinema, programmed by Chicago writer and filmmaker Mojo Lorwin and neuroscientist Hugo Fernandes, both of whom live in the Ukrainian Village neighborhood on the northwest side of the city.  The duo decided to pitch the series after revelatory experiences at the Siskel Film Center downtown watching Filho’s Neighboring Sounds and Reygadas’ Post Tenebras Lux, both of which appear in the lineup. The films showcase Latin America’s prominent “slow cinema” movement, which is, according to Lorwin and Fernandes, “extremely naturalistic” and “more interested in close observation than traditional narrative structure.”  Also appearing is Cuarón’s achingly beautiful road tale Y Tu Mamá También. And if the opportunity to see these films on the big screen isn’t enough, the screening of Neighboring Sounds on Sunday January the 19, is completely free thanks to the Center for Latin American Studies and the Katz Center for Mexican Studies.

The rest of the calendar includes Brian de Palma, Tim Burton, and Nicolas Cage retrospectives, early Katharine Hepburn films, and The Innovative Kung-Fu of Lau kar-leung, whose first, highly entertaining film Dirty Ho I saw on Tuesday. The titular Ho Jen is a brash young man who becomes a pupil of a Kung Fu master and not a prostitute. In the words of A.V. Club critic Ignatiy Vishnevetsky, who gave a brief talk preceding the screening, Dirty Ho is “a great film with a terrible name.” Vishnevetsky’s appearance highlighted Doc’s continued interest in connecting with both the Chicago community and the film world at large. On January 24, Doc will host Batman screenwriter Sam Hamm.

As always, Doc has reserved Saturday nights for recent films that you saw over the summer and secretly loved enough to see again (The World’s End); films you can’t stop hearing about (12 Years a Slave); and films you’ve probably never seen but shouldn’t miss, such as Haifaa al-Mansour’s 2012 film Wadjda, which is not only the first film to be shot entirely in Saudi Arabia, but also the first directed by a Saudi Arabian female. Doc’s winter lineup may seem at first glance a new direction for the film society, but if so the change is coming from the volunteers and organizations who are now a key part of the organization, and not Doc higher-ups with a view toward the future. Even though they can dish out the most delightfully obscure, and often amazing, flicks, Williams insists that the programming group is “not an exclusive club of film snobs.”

As the winter doldrums hit, trade in your SAD lamps for a few hours in front of the silver screen. Max Palevsky Cinema will be the warmest place to spend an evening, or many, this winter.