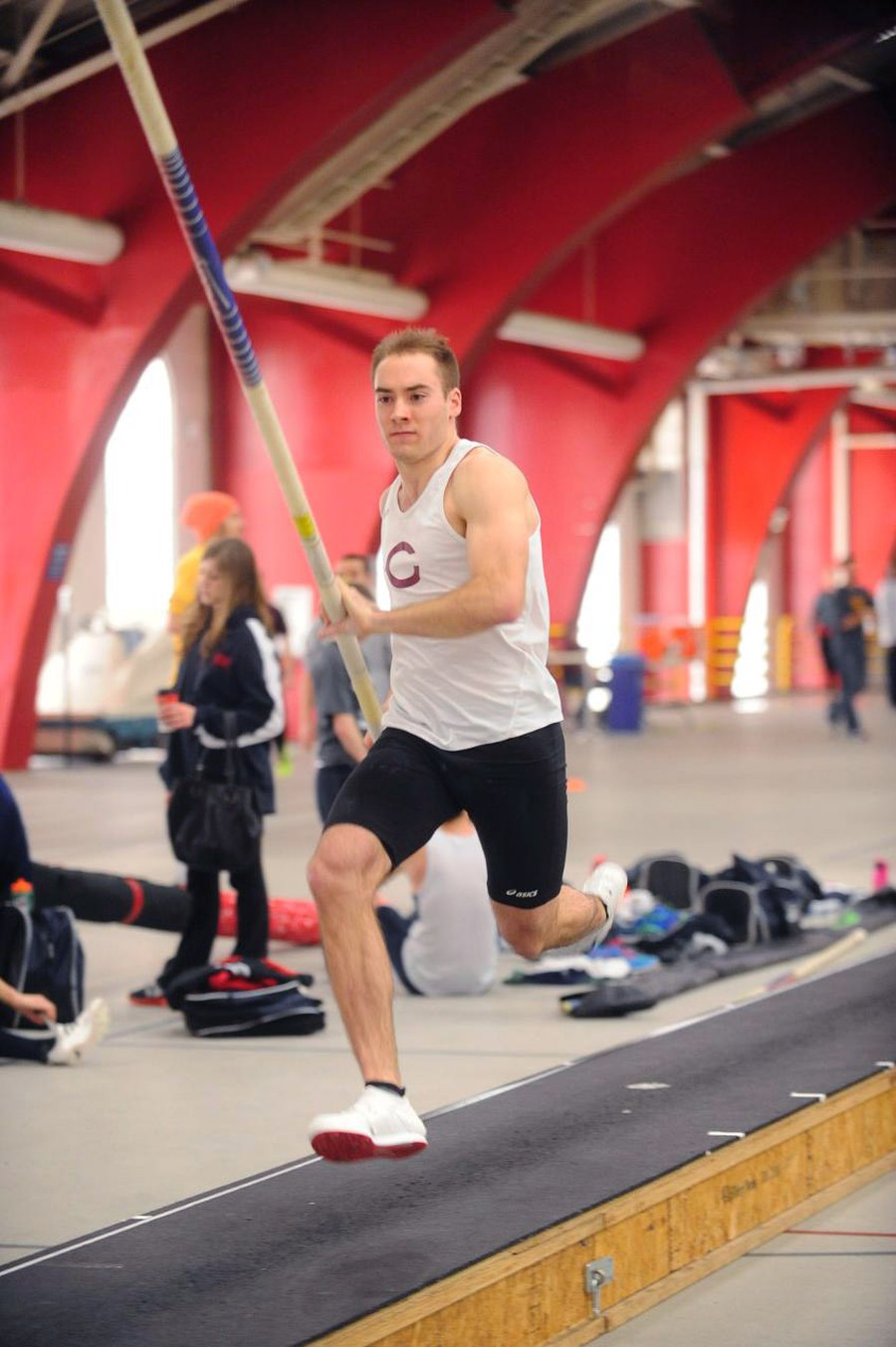 In the warm confines of Henry Crown Field House Saturday, the Maroons gave a preview of what’s to come this indoor track and field season. Both the men’s and women’s teams took first at the meet, but the real excitement came from the individual efforts of the weekend.

The South Siders took 11 first-place finishes and often found themselves competing against other Maroons for top spots. The uniforms of the runners as they raced to the finish line sported Maroon “C” after Maroon “C,” only to then be followed by the blue-outfitted athletes of Aurora University, who took second by more than 50 points in both the men’s and women’s meets.

“I think we have a much deeper team this year than what we had last year,” said second-year pole-vaulter Michael Bennett.

Bennett easily snagged first for the Maroons, trailed by second-year Nick Lyon in second and second-year Chase Wilson in third. More impressive than the podium sweep itself, Bennett smashed the school record he previously held and replaced it with a stellar 4.90m vault, which currently ranks as the best height in Division III in the nation.

“Clearing 4.9 was crazy,” Bennett said. “It was my last attempt, the running events were over, and everyone was watching either pole vault, triple jump, or the shot put. My coach and I weren’t really expecting me to jump so high this early in the season, and it feels great to have a good start. I want to jump at least five meters by the end of the indoor season.”

In addition to the pole vault sweep, the men took spots one through four in the mile race, with second-year Michael Frasco beating fourth-year Dan Povitsky by less than an eighth of a second with a time of 4:25.45.

The 4x400 relay team placed first with their time of 4:05.05. First-year Eleanor Kang started off the relay strong, but the Maroons still trailed Aurora slightly. Michelle Dobbs, who won the 800 earlier that day, took off in pursuit and maintained the gap. Dobbs passed the baton to second-year Mikaela Hammel, who overtook Aurora’s runner and gave the lead to the South Siders. Second-year Alison Pildner, who had taken first in the open 400, finished the victory for the Maroons. The 4x400 team’s time is the third fastest in the country.

“We lost a lot of high-end talent [last year], but we will cover more events now, and that will help us match up better against UAA competition,” Bennett said. “I want to see the team continue to improve and believe we can contend for the UAA team title this year.”

The Maroons have only just begun this season, and will look to go faster, higher, and further next week at the Private School Championships.