All adventurous Girls do: New season premieres on YouTube 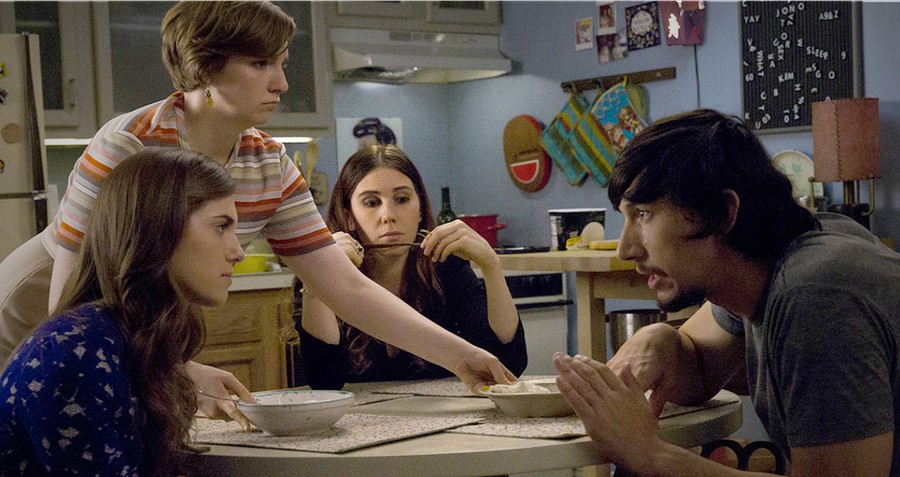 Editor's Note: This article also appears in the online student publication The Airspace.

HBO’s hit series Girls returned for a third season of the funniest, most confused young women on television Sunday night with two back-to-back episodes, after months of hyping up the new season with Vines, Snapchats, and GIFs of the Girls cast. Earlier that night at the Golden Globes, Girls was passed up for both of its nominations, best comedy series and best actress in a TV comedy (Lena Dunham), both of which it won at 2013’s awards.

Having an HBO contract gives Dunham and producer Judd Apatow a level of artistic freedom and variety that has increased with each season. Season one played it relatively safe: Almost all the episodes gave each of the girls equal attention, and Dunham’s focus was on character development. Season two broke radically with this model, giving us, for example, “One Man’s Trash,” in which Dunham spends the entire episode on a fantasy fling inside an older man’s brownstone. While many critics labeled such episodes self-indulgent navel-gazing, they’re also where Dunham came into her own as a writer and actress, and began taking creative risks—ones that undoubtedly worked.

In its first two episodes, season three recalls both earlier seasons. The first episode is called “Females Only,” so named after a sign the rabble-rousing Jessa has to wear in rehab, where she flew off to from her father’s house after abandoning Hannah in season two. In this episode we catch up on each of the girls’ work and romantic lives. While Hannah ended season two in tears, having punctured both her eardrums and cut off all her hair, she’s now happily back with Adam and diligently working on her e-book. “My only limitation is my own mind. Like, I hold the keys to the prison that is my mind,” she relays to her shrink. Hannah has her shit together for once, but don’t think she’s on track to trade places with Marnie; knowing Hannah, this doesn’t mean that she won’t continue to mess up and learn from everyone else’s unpleasant experiences, which she has the burden of collecting as a writer.

Season three opens with a shot of Hannah in bed, panning up from her feet to her head, to see that she’s now sleeping next to Adam; it was a shot of Marnie in Adam’s spot that opened season one, and Elijah in season two. If we read these scenes as markers of Hannah’s development, she’s moved from depending on her best friend from college, to relying on her high school boyfriend when that didn’t work out, to finally achieving some independence with Adam. Together with Adam, Hannah is growing up. “It’s really liberating to say ‘no’ to shit you hate,” she proclaims to Adam.

The second scenes also fit the same pattern. In the pilot episode, we next see Marnie handing her retainer to Charlie for cleaning, back when he was the kind of boyfriend who would do anything for her. Now the tide has turned. Marnie wakes up alone on her mother’s couch, an emotional wreck after Charlie up and left her just when it seemed they would finally stay together. This marks a break from Sex and the City, the show Dunham introduced Girls as a post-recession commentary on in season one. Marnie is beautiful, smart, and driven, yet there’s no promise that everything will work out for her. But is Marnie really so different now from when we meet her in season one? Recall that the reason she wakes up next to Hannah in the pilot is that she’s avoiding Charlie. In season three, Adam now fills Charlie’s former role of committed boyfriend by making sure Hannah takes her OCD medication each morning. As Dunham said, “In the third season, the characters start to go off in directions we never imagined.”

But this switch isn’t exactly neat. When Adam goes to visit Hannah at work, the two run into Natalia, Adam’s ex, whom he sexually humiliated and dumped in season two, earning him the description “off-the-wagon, Neanderthal, sex-addict sociopath who’s going to fuck you like he’s never met you,” which Natalia spews out in front of a terrified Hannah, who knows Natalia is right about Adam but loves him anyway. “Though Hannah and Adam love each other, they are up against things,” Dunham said. “We didn’t want it to seem that easy to shed all your demons and enter into your old relationship again.”

In episode two, Hannah, Adam, and Shoshanna go on a road trip to pick up Jessa after she is kicked out of rehab for bad behavior. Now that he’s in a relationship with Hannah, expect to see a lot more of Adam in the season to come. He shuts down the idea for the three to play the classic teen game “Truth or Dare” (also the episode’s title), from an overeager Shoshanna, who is revealed to be totally oblivious to her former roommate Jessa’s drug problems.

Broken up with Ray, Shoshanna has entered a “sexually adventurous” phase. A post-breakup Marnie supports Shosh’s new lifestyle: “I think it’s really smart. If you can avoid love and feelings and matters of the heart and soul, you will be so much better off.” Sure enough, Adam is the one to remind Marnie of who she once was: “That’s the saddest thing I’ve ever heard.” Adam’s emotional stability makes him a role model for each of the girls, not just Hannah—and it doesn’t hurt that he’s the only one old enough to rent a car for the trip.

Told by Hannah on the road trip that he doesn’t understand the nature of female friendship, he responds tellingly. “You’re right, and I don’t want to if it involves ignoring all logic and being totally hysterical,” he says, noting as a former addict himself that it’s a bad idea to take someone out of rehab early. When Adam quips that he doesn’t dislike Hannah’s friends, but that he’s also “not interested in anything they have to say,” Hannah concedes, “I’m not interested in what any of them have to say! That’s not the point of friendship.” Yet with Jessa’s honesty in question, Marnie in shambles, and Shoshanna’s immaturity fully revealed, we are left to wonder if anything still holds the girls together.

In a rare move to expand Girls’ reach among its target 20-something audience, HBO has put episodes one and two of season three on YouTube, so you can at least start the series without subscribing to HBO GO. HBO has also just confirmed a fourth season (to come out early next year).