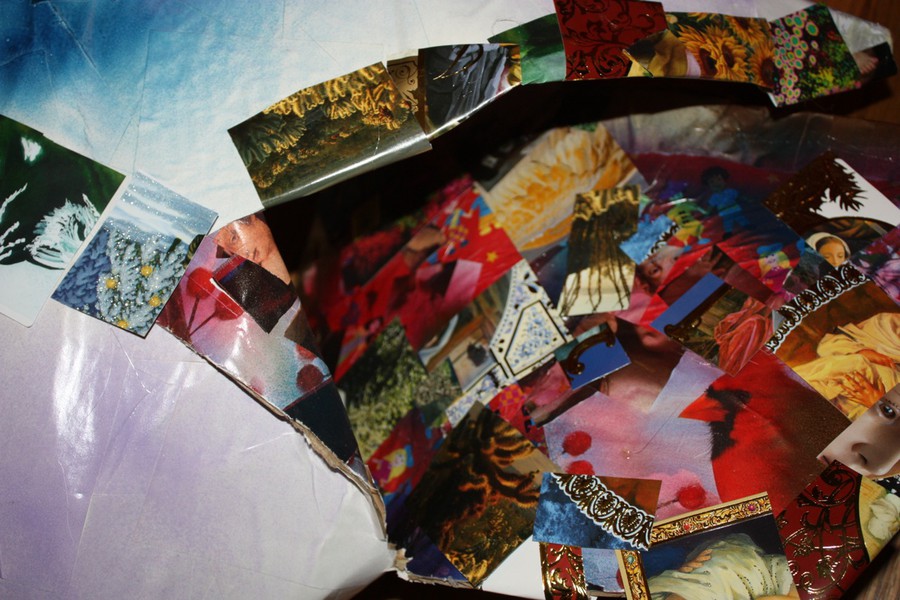 Immediately upon entering the gallery, I hear the sound of a gunshot echoing on a tight loop. The occasional whirring of a mechanized gun sticking out of one of the room’s far corners offers up a response. It stirs from a type of eerie immobility to perform a quick round of epileptic firing, jerking around rodeo-style on the thin metal rod supporting it. Just as quickly as it starts, the gun quits its tantrum and settles down, letting an almost embarrassing silence unfold throughout the room.

The space is unmistakably a warehouse; exposed brick and concrete walls openly reveal its identity. But rather than being a distraction, the intensely worked surface of the space gives an instant sense of purpose to Concealed Carry, a two-week show dedicated to exploring and problematizing the new state law allowing concealed carrying of firearms. This law, effective on January 1, made Illinois the final state to adopt this policy as the new status quo.

Next to the moody hunk of metal is a spherical acrylic object a couple of feet in diameter. I get closer and the globe becomes an incubator for hundreds of swarming houseflies. Toward the back of the transparent container is an object so beautiful and so subtle that I don’t even notice it at first: a thin piece of smoothed white material with a traditional target neatly engraved into its surface.

I watch a fly crawl to the center and the gun cracks: With that snap the cerebral light goes on and I get the synchrony at last. A monitor inside the sphere is tracking the motion of the fly collective, sending data to the robotic “arm” of the revolver, which points and shoots the gun in the relative direction of the flies. When a fly hits the center, the gun goes bezerk. The destructive duo, produced by David Bowen, is titled simply as “Fly Revolver.”

I pull back from the corner and let myself drift to a distinctly corporeal bundle of a blanket slumped on the gallery floor: The object is “Untitled (Fear and Danger Under a Blanket)” by Margaret Crowley. Small and pitiable, it begs for me to crouch down to have a better look—and after the aggressive encounter with the robo-gun I am more than relieved to extend that empathy. The piece is immediately distinguishable in its fragility and exposure. A dreamy blue-pink colors the outside of the papier-mâché, while the inside radiates with a quiet brilliance: An extensive collage of religious iconographies, mailed out by organizations to their donors and hand-collected by the artist for a year, is saturated with the warmth of sparkling gold embellishments.

Combined with the doting gesture of the draped blanket, Crowley’s work bubbles over with tenderness. In both her delicate handling of material and the vulnerability of the symbolized figure, its humanism is gorgeous, and I’m amazed by these artists’ separate abilities to talk about the same subject matter in two such drastically different ways.

Moving through the gallery, I revise my initial casting of the relationship between the beautiful and the violent as something more complex than exterior and reactionary: It becomes interior and instinctive. But this new proximity operates in paradox, making me feel more alienated from my own humanity and not less, I realize while admiring the chiaroscuro of Jennifer Ray’s exploded still-life photographic triptych “Range.” The beauty of scraps of melon shot to bits is only outdone by two heaps of luminescent glass shards that lap up the brightness of the camera’s gaze.

The aesthetic and psychological pleasure of destruction is nothing new, but things get complicated here when the source of that implied violence is placed on the viewer. The cathartic effect of explosion documented and displayed gets stuck somewhere on its way out, the divide between interior and exterior melts and that sensation of pleasure suddenly breeds guilt. The obvious beauty I pull from the photographs becomes a source of anxiety.

I end my visit on a piece that extrapolates the violence from that creepy liminal space between me and the world, just to conceal it again through commodification: “Grenade Cosies” by Barbara Koenen. Like in Crowley’s work, the idea of concealment as an act of protection is there, but this work is less emotional and tender than it is ironic and jarring. Six deactivated grenades are wrapped in bright woven fabrics and displayed as merchandise. It’s obvious what Koenen has done, turning a potentially lethal weapon into something harmless, lush, and funny. But I’m less interested in her subversion of the grenades’ power though commercial gags than disturbed by its suggestion: how easy it is for the simple act of concealment to seamlessly rework the relationship we hold with these violent objects, from an anxious ambivalence to a type of reflexive forgetfulness. What does this transformation of feeling spell out for the future of the new gun law?

I turn to leave the gallery and suddenly that looped gunshot comes roaring back to my attention. Had it really been playing all this time? For me, that’s proof: The fear the show ignites more than any other is that of the liquid-smooth transparency of change—metaphorical or real, material or through time. Concealed Carry urges the persistence of memory, and the need to fight against our own tendencies to adjust to and get comfortable with any change—especially now, when the stakes are simply too high to brush under the blanket.

Concealed Carry at the Experimental Station runs through January 23.