Serving on the NSA review panel was a “U of C–type experience" for Stone. 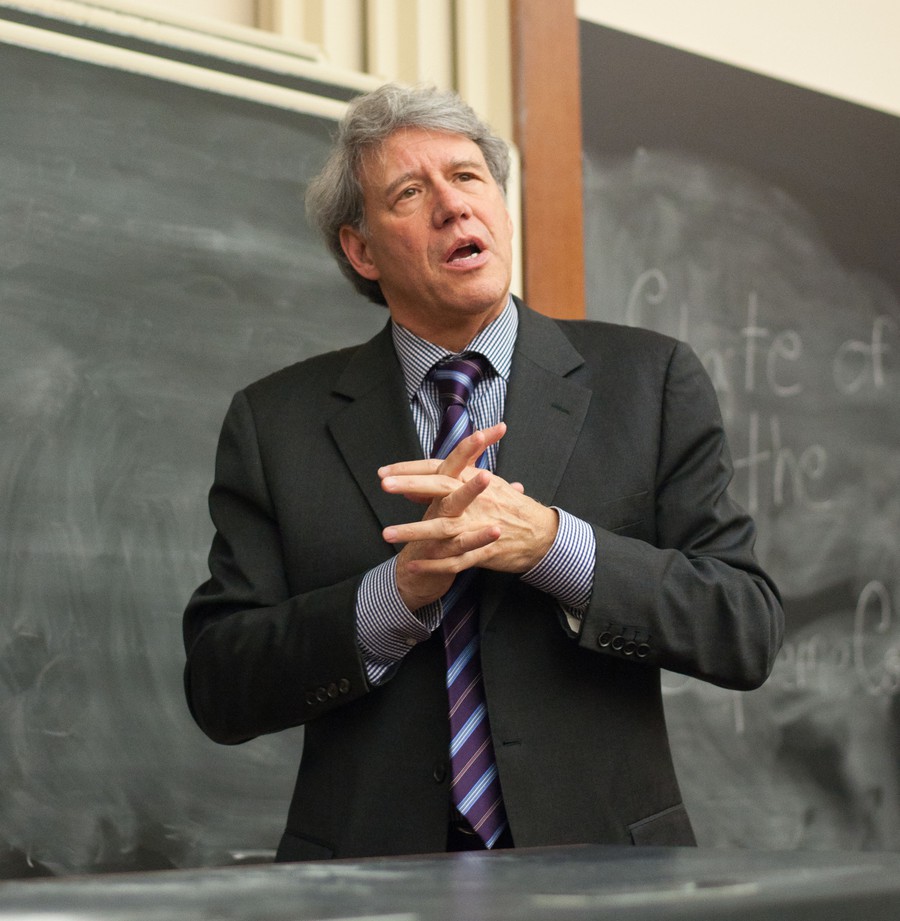 On Friday, President Barack Obama will announce which recommendations he plans to implement based on a report from a panel of legal experts he convened in August. Tasked with studying the legality of the practices of the National Security Agency (NSA) and other government agencies in relation to the civil liberties of Americans, the panel included Law School Professor Geoffrey Stone, known for his expertise in constitutional law.

“[I am] well known for being someone who writes about and advocates for interests of free speech and equality,” he said. “I think that the President wanted a balance of perspectives and backgrounds and I fit the bill for that.”

Stone discussed his experiences serving on the panel and opinions about the leak of classified information by Edward Snowden, in a recent interview with the Maroon.

“[Snowden] is certainly a criminal because he violated the law. It is a crime to unlawfully disclose classified information. So, in a simple sense, he is a criminal,” he said. “The question is, should he be exempt from being punished? Those who tend to think that that he is someone who should be treated as a hero make the argument that he did the public a service and that we wouldn’t be having this discussion, and we wouldn’t be improving these laws if it weren’t for the fact that Snowden had revealed them, and therefore what he did was a public good.”

In December, the five-person panel produced a report consisting of 46 recommendations designed to ensure both the protection of U.S. national security as well as the civil liberties of all Americans through any actions taken by the federal government.

Most notably, the group recommended the permanent termination of the storage of telephone meta-data by the government and for the storage to be conducted by a private third party. Consequently, the data would be accessed by the federal government only through a judicial order.

“The reason for preferring a private holder of the information is that it helps to reduce the risk of potential abuse,” Stone said. “The current system allows the government to access the data whenever NSA analysts decide that there is appropriate justification. Our judgment was that there should be a judicial order required to access the data.”

During his work on the panel, Stone was given top-secret security clearance due to the sensitive nature of the documents that he and the other members of the panel were reviewing.

“Anytime I wanted to work on the report in Chicago, I had to work out of the FBI field office in order to have access to any top-secret information,” he said.

Stone recalled that the panel’s discussions were often intensely divisive but ultimately constructive.

“It is a very U of C–type experience in the sense that people who may disagree with one another were able to sit down and talk things through and try to understand what you know that I don’t know and enrich my understanding by listening to your understanding,” he said. “I don’t think that we believed that we would be unanimous when we started.”

Stone stressed, “There are costs as well as benefits from what Snowden did.”

“Many of those costs damaged the United States in its relations with other nations. It may damage the infrastructure of the Internet, causing countries to put up barriers to ordinary access. It made it more difficult for the nation to protect itself,” he said. “Those costs need to be weighed in the balance, not just the benefits. For the most part, those who have celebrated [Snowden] have no conception of the cost.”

As a remedy to the prospect of government employees wanting to release sensitive information to the public to inform them of potential injustice, like Snowden did, Stone and his fellow panelists recommended setting up a more clearly defined agency that can address the concerns of whistle-blowers.

The panel’s other recommendations included the development of a new public agency to oversee the federal government’s actions to ensure that civil liberties are not harmed, as well as new government positions, such as a public interest advocate to represent civil liberties interests in federal court.

Though the NSA has faced criticism after Snowden’s leak of classified information, Stone believes that the NSA plays a vital role within the federal government.

“The NSA is absolutely essential for the protection of the United States. On many occasions since 9/11, the work of the NSA enabled the U.S. to thwart terrorist attacks both in the U.S. and abroad,” he said.